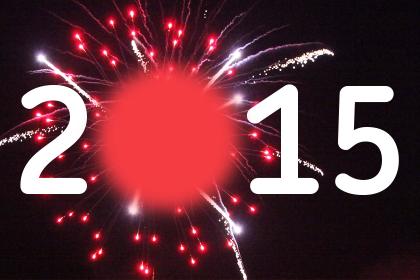 With its many performance venues and show bars, the Quartier des Spectacles has plenty of ways to celebrate the start of 2015. Here are 10 ideas for a great New Year’s experience. Ready, set, party! 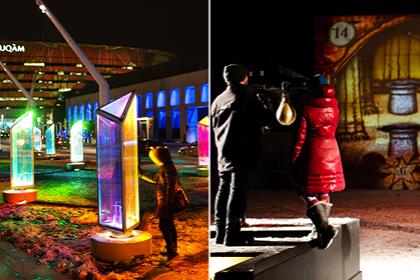 A giant kaleidoscope on the Place des Festivals and an old-time carnival on eight building façades in the Quartier des Spectacles: the fifth annual Luminothérapie event, which invites you to interact with a pair of creative installations, is sure to be the most colourful yet! 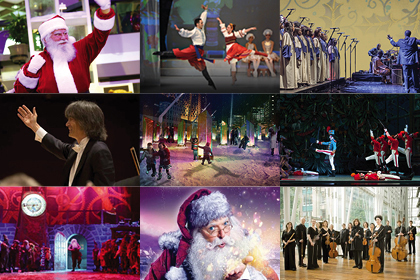 14 ways to celebrate Christmas in the Quartier des Spectacles

Symphonic Christmas, gospel Christmas, illuminated Christmas… even a green Christmas! Once again this holiday season, the Quartier des Spectacles has something for every taste and age. Here’s a quick look at what’s going on this December. 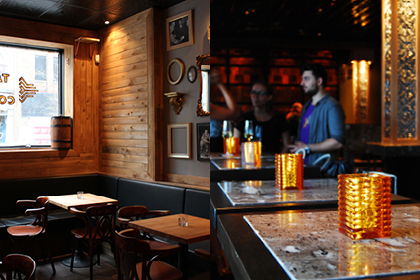 Midway Tavern and Pandore: two newcomers in the Quartier

Since summer, two new establishments have made the Quartier des spectacles their home. 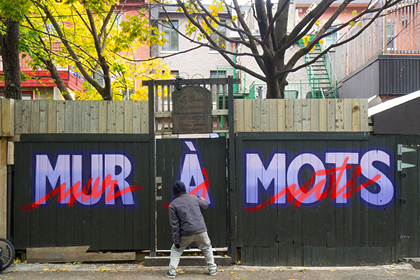 After creating more than 60 murals in Montreal, including nearly 20 in the Quartier des Spectacles, the MU organization can be proud of having fulfilled its mission of beautifying the city and promoting social change in the places where it is active. 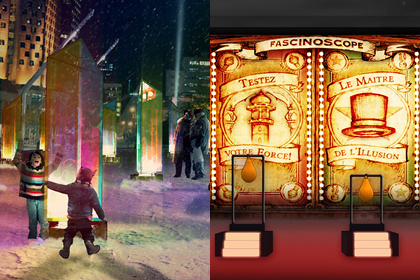 For the fifth year in a row, the Quartier des Spectacles is going to brighten your winter with the Luminothérapie event. 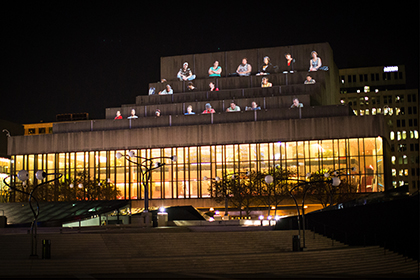 Art that gives the most vulnerable a voice

To give a voice to Montreal’s homeless people, Polish artist Krzysztof Wodiczko is presenting a video projection during the Biennale de Montréal 2014. 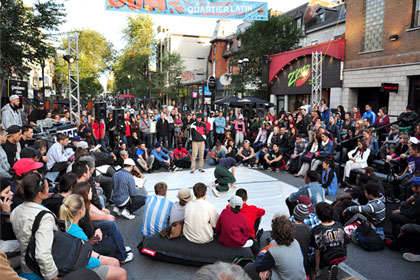 For its fourth edition, OUMF is expanding by adding a second stage, allowing the event to present some big names without undermining its mission of showcasing up-and-coming artists. 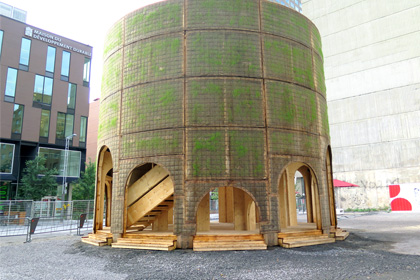 The Fountain House: an ephemeral installation about water

Are you curious about that round tower being built on the Clark Esplanade? It’s the Fountain House, a work of art and architecture celebrating water. It will stand at the corner of Sainte-Catherine and Clark for the next two months. 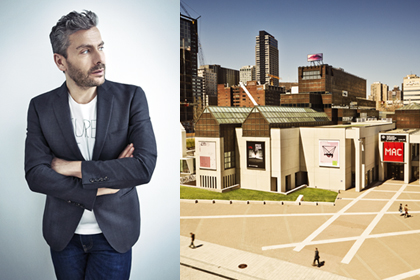 Did you know that the Musée d’art contemporain de Montréal (MAC) has 7,600 works in its permanent collection, but only enough gallery space to show 1.5% of them at a time? 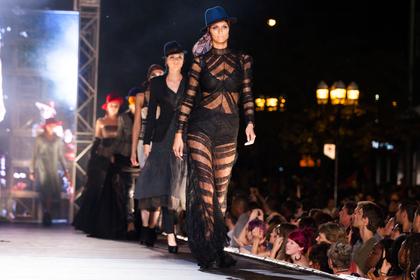 The Fashion & Design Festival arrives in the Quartier

Want to be stylish this fall and winter? Head down to the Quartier des Spectacles where the Fashion & Design Festival is being held for the first time, until August 23. The event showcases local and international designers and includes outdoor runway shows in Place des Festivals. 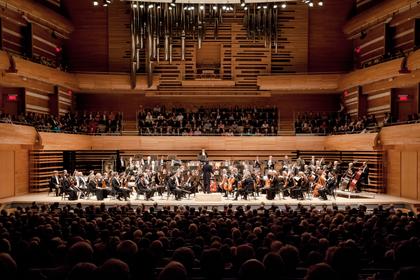 The OSM Couche-Tard Classical Spree: making the classics more accessible than ever

It isn’t every day you get to hear the Orchestre symphonique de Montréal (OSM) for as little as $10.