The OSM Couche-Tard Classical Spree: making the classics more accessible than ever

It isn’t every day you get to hear the Orchestre symphonique de Montréal (OSM) for as little as $10. During the OSM Couche-Tard Classical Spree, Montreal’s symphony orchestra will play a series of 30 concerts for every taste, each lasting 45 minutes. Tickets cost between $10 and $40. There’s no better initiation to classical music.

We spoke with the OSM’s marketing director, Richard Arpin. 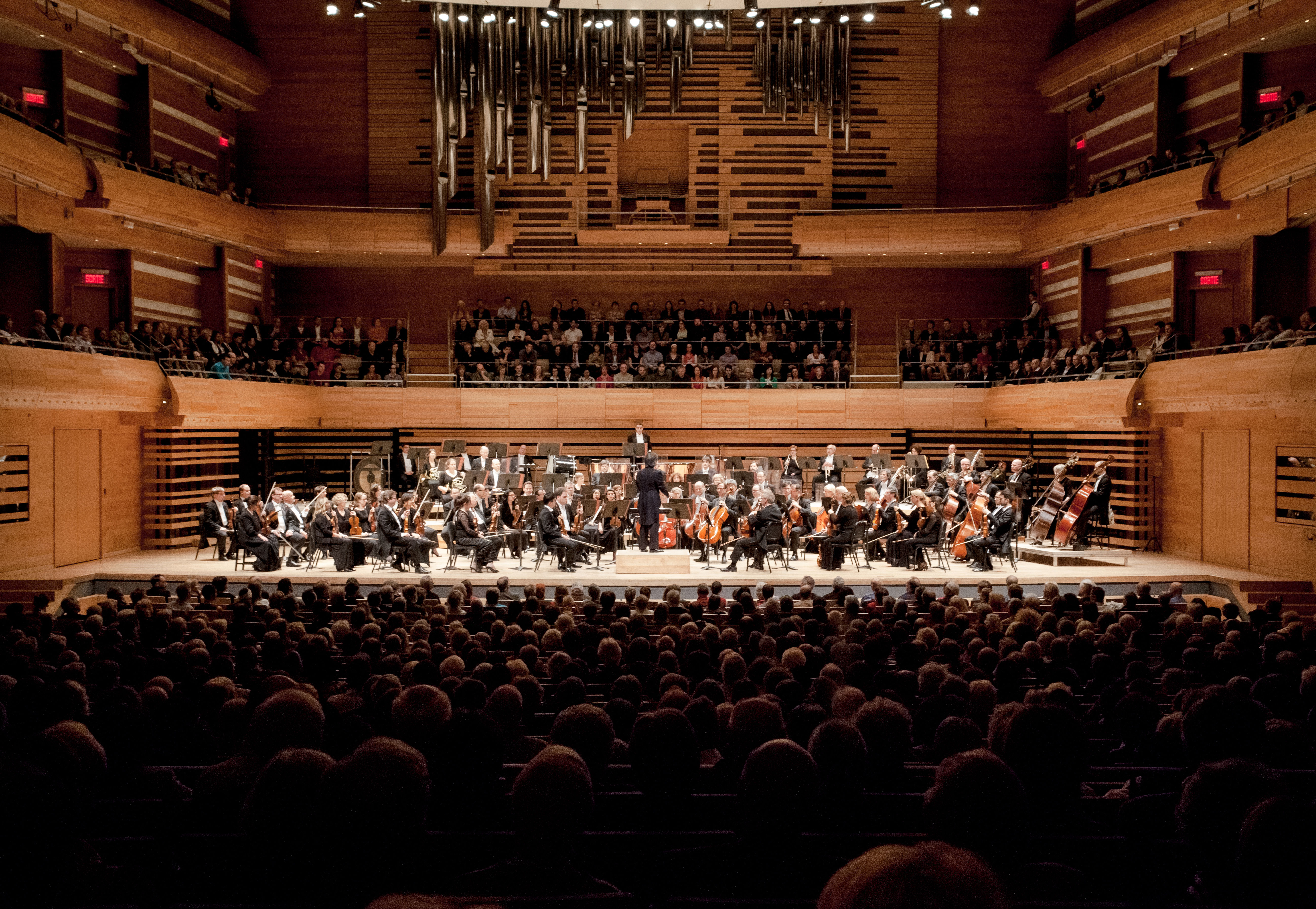 What is the OSM Couche-Tard Classical Spree?

It’s a classical music festival, now in its third year. The event lasts three days and consists of affordable 45-minute concerts, plus a major concert event and plenty of activities for kids and adults. It’s all very accessible. We want people to put together their own line up of concerts and discover new things. 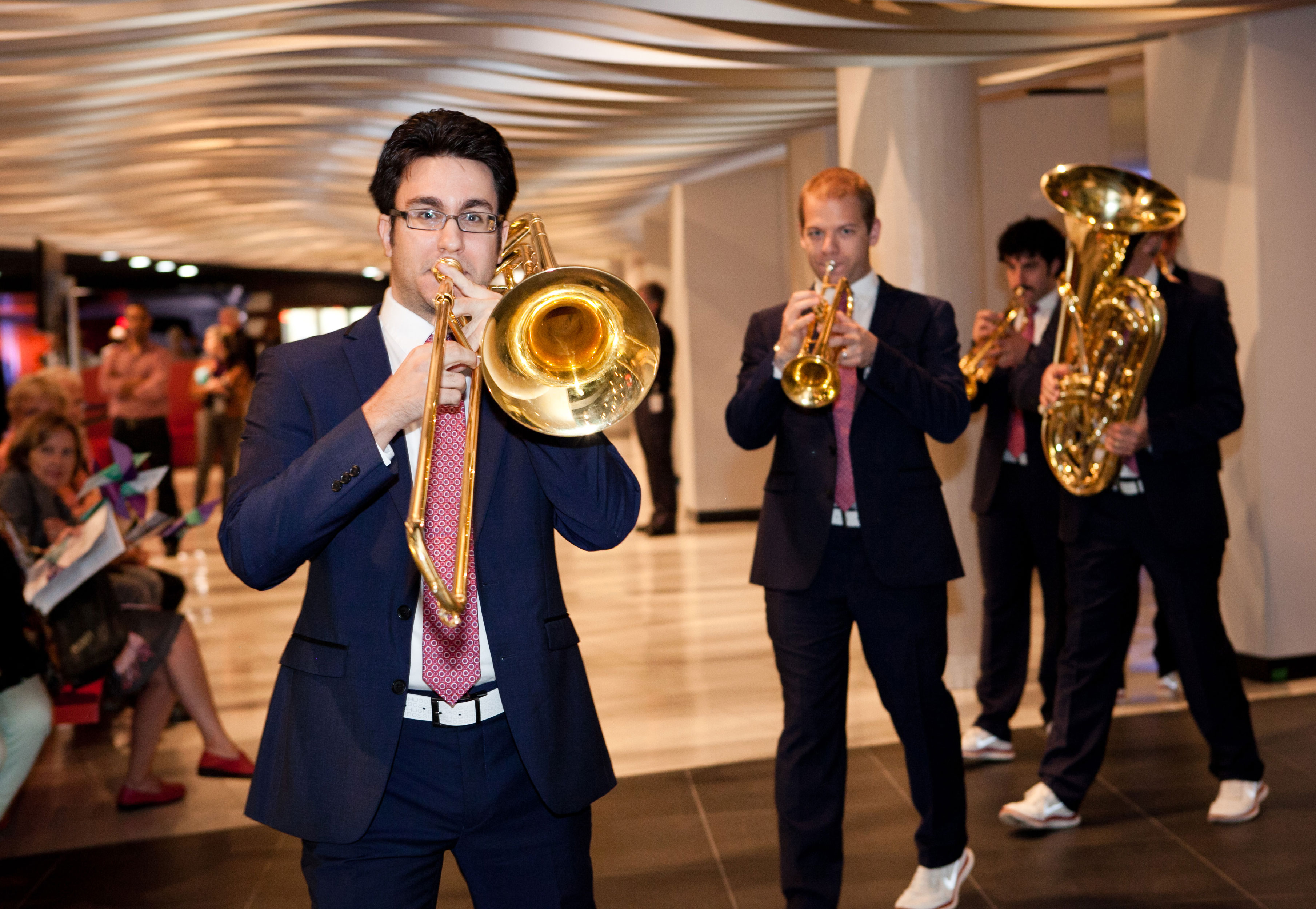 The festival takes place in the heart of the Quartier des Spectacles… On Friday August 15 and Saturday August 16 there will be 30 concerts in four Place des Arts halls, including the Maison symphonique. There will also be a stage inside Place des Arts, near Place Deschamps, for free activities like performances, percussion workshops, presentations and quizzes. 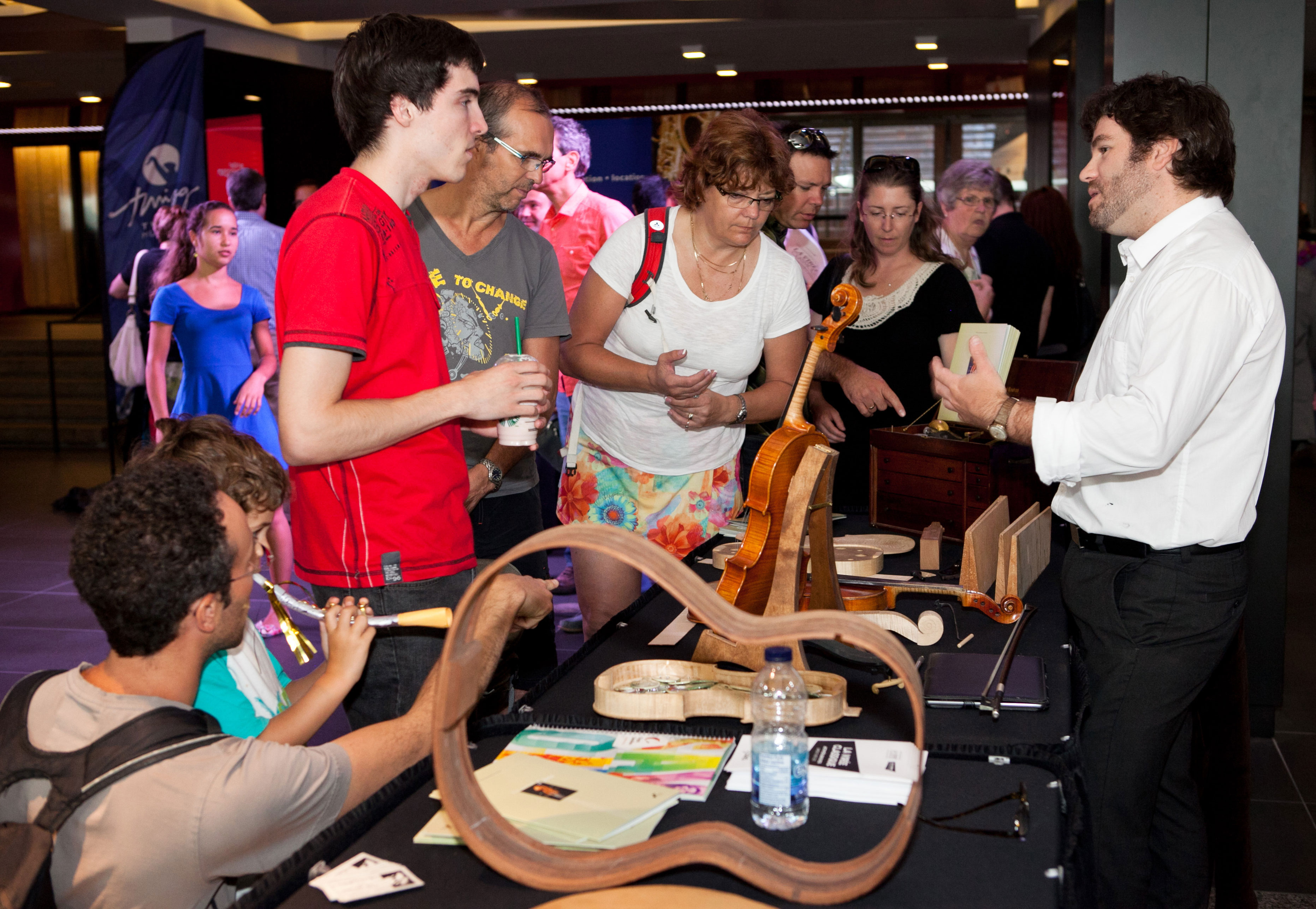 Who is the Classical Spree aimed at?

Everyone. Aficionados will enjoy themselves and so will novices. We want families to come out and explore classical music. We also have activities and concerts especially for children. For example, kids can try out classical instruments at the Yamaha exhibit, or participate in an instrument-making workshop. The concert program includes the youth concerts Annabelle Canto (August 16, 10:30 a.m.), featuring a character created by soprano Christina Tannous, and the classic Peter and the Wolf (August 16, noon) narrated, in French, by Marc Béland. 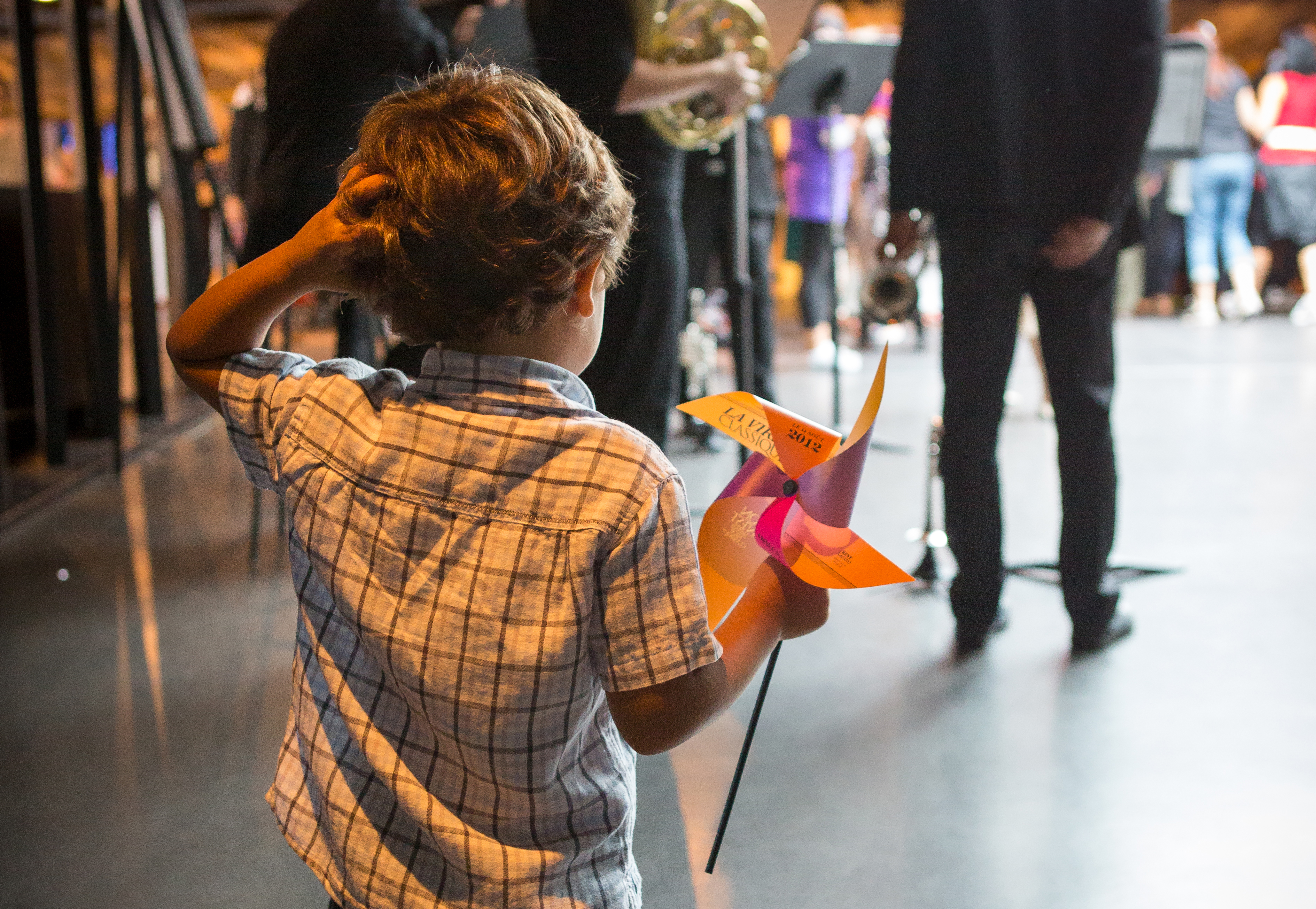 How should audiences navigate the long list of concerts?

I advise people to choose one concert they would very much like to hear and to pick another that they would probably not choose normally. On our website, four of our musicians give their favourites to help guide the public. The OSM also has consultants – both for the festival and the regular program – who are available on-site or by phone to help people choose concerts that fit their tastes. We will even recommend the best seats for you! For example, those who love the piano should sit on the left side of the hall, to be able to see the pianist’s hands. Those are the kinds of details that make the OSM experience unique. Some people are intimidated by classical music, and the Classical Spree’s mission is to demystify it. All the free activities will help the public discover things that are new to them, and give them the chance to ask the musicians questions or even meet maestro Nagano at an autograph session. 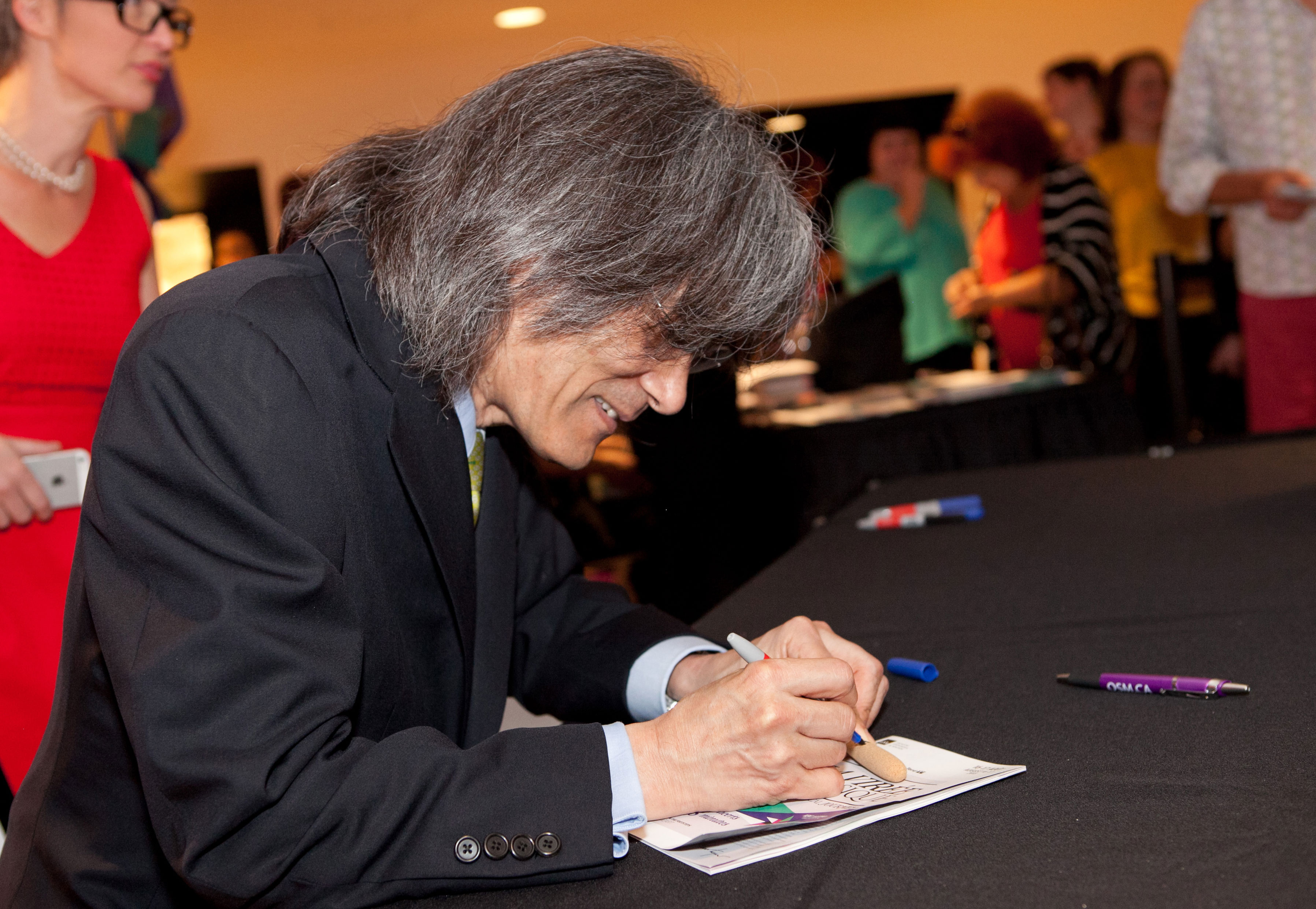 Can you tell us about some must-see concerts?

Maestro Nagano will conduct several concerts, including Brahms’ German Requiem (August 16, 8:30 p.m.), which is sure to be a highlight. For a different experience, Pierre Lapointe (August 16, 5 p.m., sold out) will present his compositions as well as pieces by Bach and Kurt Weill, accompanied by the OSM’s organist in residence, Jean-Willy Kunz. Marc Hervieux (August 16, 3 p.m.) will delight the audience by singing Mahler pieces, and the great violinist Vadim Repin (August 16, 1:15 p.m.) will play Bartok, Debussy and Stravinski. 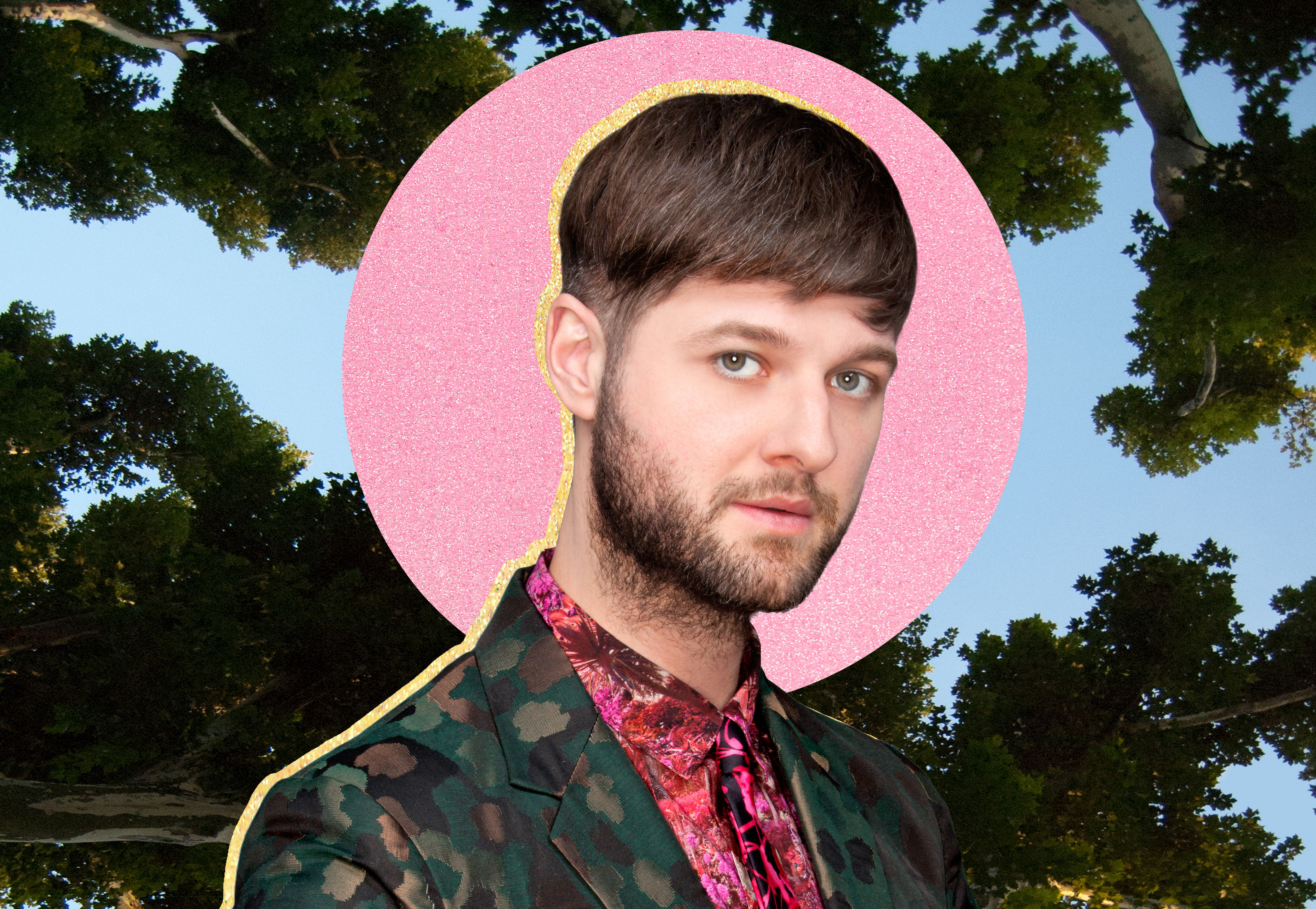 A Quiet Place (August 15, 8 p.m.), the opera by Leonard Bernstein, will be performed in its concert version – a North American first – featuring the musicians of the OSM, 10 soloists and a vocal quartet. It promises to be a moving performance, because this 90-minute work is a personal favourite of Kent Nagano, who knew and worked with Leonard Bernstein. Thirty years after it was written, A Quiet Place will come back to life. 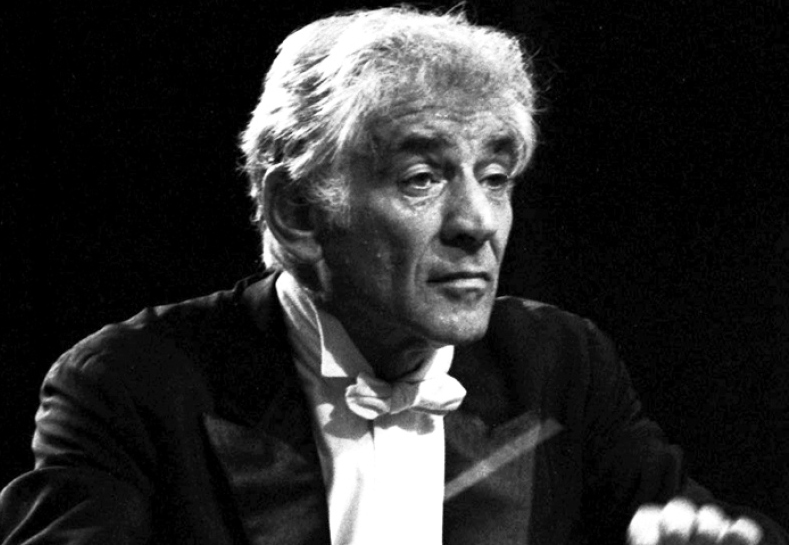 Yes, the OSM wants to have an outdoor presence in the Quartier des Spectacles, because the orchestra is one of the Quartier’s major institutions, with around one hundred concerts every year. The exhibition is a playful look at some key moments in the history of the OSM, which celebrated its 80th anniversary last year. You will also be able to hear the orchestra’s music at the site.

What comes to mind when you think about the Quartier des Spectacles?

Quartier des Spectacles is a reflection of Montreal itself: exciting, diverse, human. It is a destination. When we go to the Quartier, we go knowing there is always something happening.