The Fountain House: an ephemeral installation about water 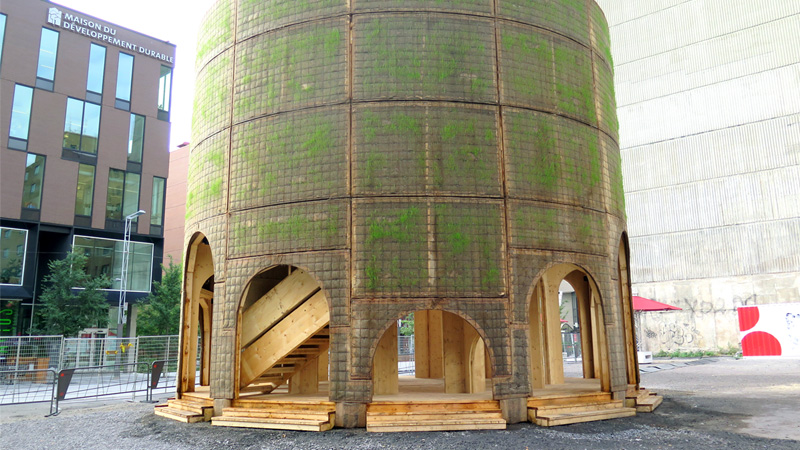 Are you curious about that round tower being built on the Clark Esplanade? It’s the Fountain House, a work of art and architecture celebrating water. It will stand at the corner of Sainte-Catherine and Clark for the next two months. The work is a creation of the German collective raumlaborberlin, and it’s coming to Montreal on the initiative of the local chapter of the Goethe-Institut, co-produced by the Quartier des Spectacles.

We spoke with Markus Bader of raumlaborberlin, the creative group behind the Fountain House. 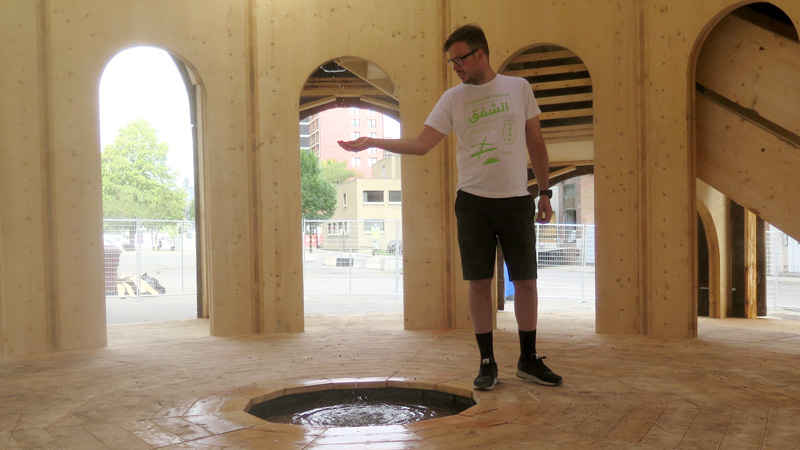 What is the Fountain House?

The Fountain House is first and foremost a space open to the public, like a park. Inside, at the centre, there is a basin with water flowing in it. Why did we choose to celebrate drinking water, a public good that might seem rather mundane? Precisely because we take it for granted, and we tend to forget the previous generations that built the infrastructure that now allows us to benefit from this resource. 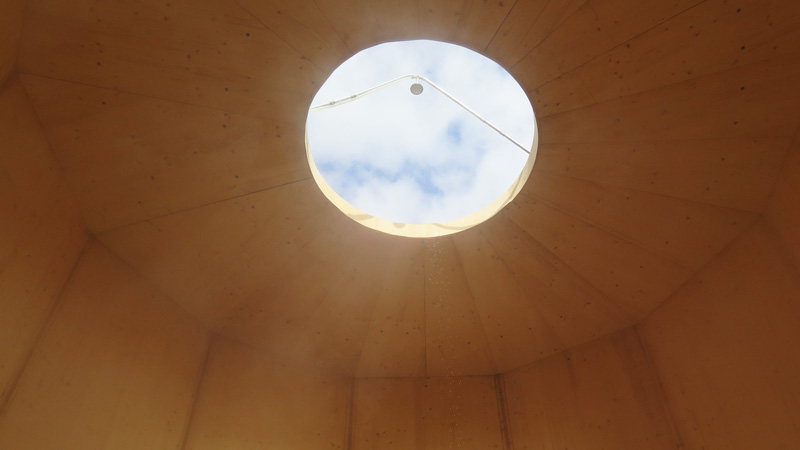 So you are sending a message?

This is not an educational project as such, but the idea of reminding people of the value of drinking water as a free public good was the guiding principle of the design. Above all, the House is supposed to be a pleasant space that everyone can discover in their own way. It’s a bonus if people are more aware afterwards. Anyone who wants to know more about the topic can attend one of the guest lectures about water (see below). 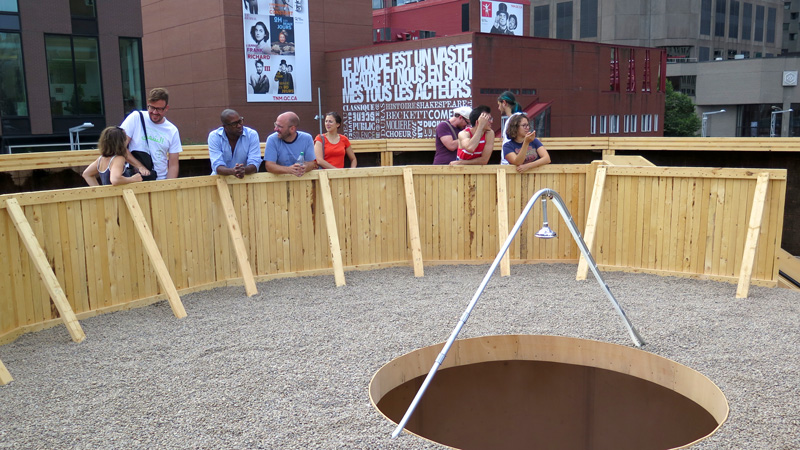 Why did you choose the Clark Esplanade for your installation? What are the benefits of ephemeral works?

Normally our collective works with in-between spaces, sites waiting for a long-term use. Cities, and Montreal in particular, have many spaces in transition. The Clark Esplanade is one of them. Ephemeral architectural installations allow us to take advantage of that situation, give the public a chance to use the space, and get people thinking about how we use public space. We don’t try to influence the space’s future development. We simply bring an idea and play with it. 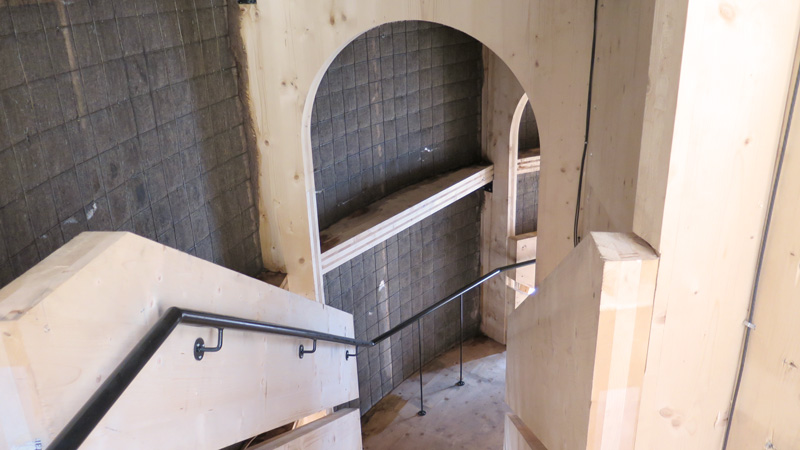 The Fountain House will be enhanced by works by local artists (see below). Why did you choose to work with several Montreal-based artists?

We also have local partners for the construction of the installation itself. We felt it was important to open a dialogue with local people, rather than just showing up with our idea and installing it. That is how we usually work, so that our pieces incorporate several points of view.

Tell us about the structure’s unique surface.

We call it the building’s living skin. It is made of grasses on the outside and fungi on the inside. We wanted to explore the idea of metamorphosis. Over the eight weeks, the walls’ living layers will transform through exposure to sunshine, rain, temperature changes and wind. 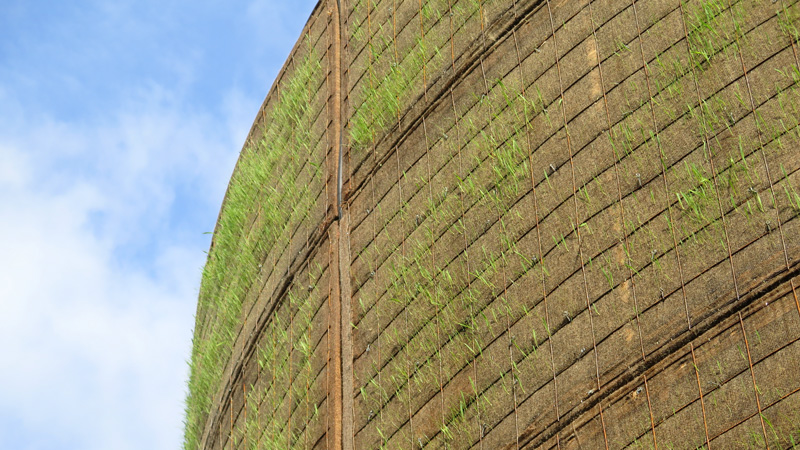 Isn’t this an argument for greener architecture?

Yes and no. We don’t want to wag a finger and tell people we must change our way of building. It’s more of an experiment to see what we can do and how far we can go. Of course, it would be great if cities had more green projects, especially ones that go beyond planting more trees in the parks.

It’s a very recognizable part of Montreal, a place that has a strong brand image thanks to its red dots.

Inside the Fountain House, in collaboration with the Biennale de Montréal