A NEW BOOK TELLS THE STORY OF THE QUARTIER DES SPECTACLES: ALREADY 15 YEARS! 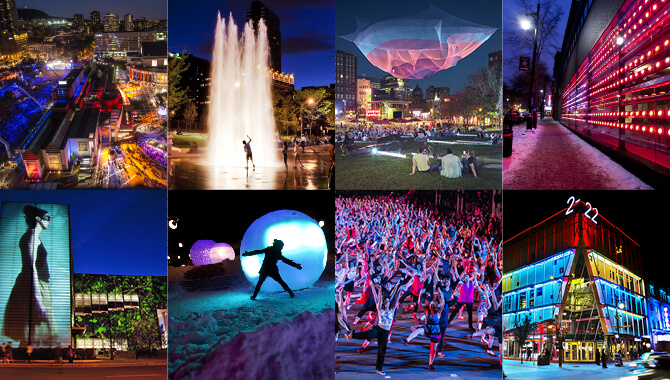 The Quartier des Spectacles project was launched 15 years ago. Originally a grand plan on paper, then a success on the ground and in the theatres and concert halls, the once-downtrodden district has blossomed into a creative and prosperous urban space. 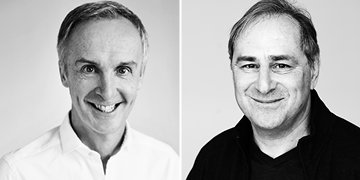 FIFTEEN YEARS AGO, FEW PEOPLE COULD ENVISION THE QUARTIER DES SPECTACLES AS IT IS TODAY. WHAT IS THE MOST IMPORTANT TAKEAWAY FROM THE TRANSFORMATION?

Claude Deschênes: When I moved into the neighbourhood, the area was clearly moribund, despite the presence of Place des Arts, the TNM and Métropolis. I was surprised to find so much creativity in such an uninviting setting. Then, even before the inception of the Quartier des Spectacles project, the Musée d’art contemporain appeared, then the NFB’s Cinérobothèque, and for me that was the start of a new era. Since then, the transformation has just kept going, and I’ve watched with satisfaction since the Quartier des Spectacles project started to take shape in the early 2000s. I’m very optimistic by nature, but those were all reasons to celebrate. I was fascinated to see the cooperation among everyone involved, and to see that the leaders of such large institutions were willing to make some compromises to be part of a new organization that would lead and guide them. The project was bigger than them, and they understood that early on.

HOW WOULD YOU EXPLAIN THAT UNCOMMONLY STRONG COHESION?

Jacques K. Primeau: It’s the power of collective action. Montreal’s cultural sector has proven that unity is the best strategy if you want to pull off a project of this scale. And I want this book to inspire other collective movements, because it proves the value of working together. Unity is strength, and that’s as true in culture as it is in community action or business. I asked Claude Deschênes to write this book because I wanted there to be an historical portrait of the project, with lessons for the future.

Claude Deschênes: There was a true synergy, an alignment of the stars with several major players like Spectra, Juste Pour Rire, Culture Montréal and even Complexe Desjardins. I also think that people like Pierre Deschênes, who was executive director of the Quartier des Spectacles Partnership in the early years, used the best consultation strategies: everyone had a stake and something to say, and the project went forward with incredible efficiency, one step at a time. The technical term is incrementalism. It was a winning strategy.

THE QUARTIER IS ALSO THE PRODUCT OF GREAT POLITICAL WILL. HOW DO YOU ASSESS THE ROLE OF THE PUBLIC SECTOR?

Claude Deschênes: There was a favourable conjunction in the early 2000s, when various authorities bought into the idea that culture could be a powerful economic driver. The Quartier des Spectacles project is the perfect embodiment of that idea, and the last 15 years have shown us that it is actually true that major investments in culture have strong spinoff effects for every sector, and can spark exceptional growth in a neighbourhood. And the spinoffs have been even bigger than expected. We also have to mention the support of then-mayor Gérald Tremblay, who was an ally to the project from the beginning. The municipal government was pulling in the same direction as the provincial government of the day, which believed strongly in the idea of using culture as an engine for economic development.

THE BOOK IS PUNCTUATED WITH PORTRAITS OF THE QUARTIER’S MOST ICONIC CULTURAL VENUES, LIKE A SERIES OF POSTCARDS. WHY DID YOU DECIDE TO DO IT THAT WAY?

Claude Deschênes: Telling the story of the Quartier des Spectacles is a huge undertaking. There was an enormous quantity of information to convey, and I had a massive amount of material once I’d conducted numerous interviews with a variety of the people involved. I decided that a strictly chronological approach would be too academic. The book had to reflect the neighbourhood’s diversity and creativity. So, naturally, I thought in terms of an urban walking trail, from venue to venue, like a culture maven’s stroll through the Quartier. I also inserted lyrics from Québécois songs that seemed to me to echo the topics at hand. I’m always singing a song in my head – so that part is a sort of visit to my headspace.

AFTER 15 YEARS, THE QUARTIER IS STILL CHANGING. WHAT ARE YOUR HOPES FOR ITS FUTURE?

Jacques K. Primeau: We’ve proven that an entertainment district can spark urban development, drive economic growth, encourage property development. Now the Quartier needs to focus on its mission as a creative incubator and present more artists who are engaged in the creative act. We recently welcomed the rehearsal studios for Les 7 Doigts, the Wilder Building is there for dance, and soon we’ll have the NAD digital-arts school. We need to keep going in that direction. All of Montreal’s cultural industries will benefit. I want the Quartier to be a place that generates large numbers of international productions, as well as shows that will tour all over Quebec. I want it to be a spark for creators.

The Quartier belongs to all creative people and all Montrealers, and I want it to nurture and benefit all of Montreal’s cultural industries. So I want it to be, even more than it already is, a reflection of Montreal’s creativity. I hope its approach to the use of public space and cooperation, which has always been the source of the Quartier’s success, will inspire other bold initiatives and interesting collaborations.