The performing arts are back! 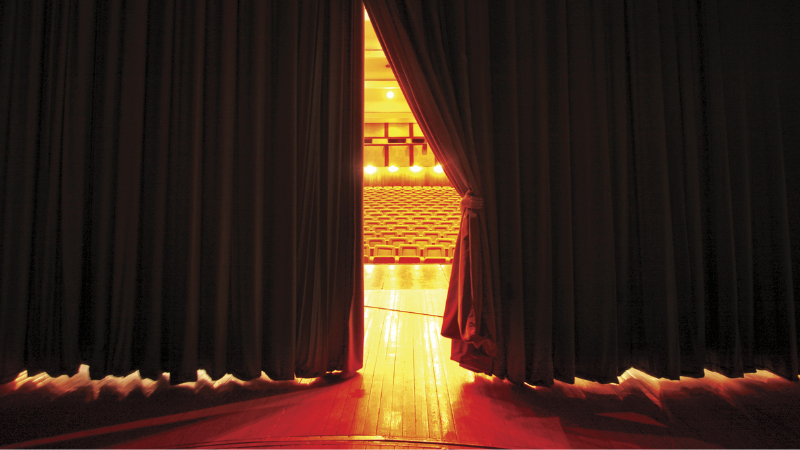 Concert halls and theatres are finally open again, with a compelling and safe set of options. Here’s a look at a few of this spring’s live entertainment highlights – get ready for some great shows capped with joyous standing ovations!

Are you acquainted with Thomas Le Duc-Moreau? The OSM’s Assistant Conductor during the tenure of Kent Nagano will continue to conduct several concerts each year under the orchestra’s new music director, Rafael Payare. For this concert, he leads the ensemble through an engrossing contemporary program, making each note of William Grant Still’s composition ring out, with its echoes of African-American folklore, and capturing all the lyricism of New York’s Samuel Barber.

At 75, Robert Charlebois is as energetic as ever. The Quebec rock legend’s ambitious new show features an eight-piece band and an immersive visual environment using truly enormous screens. The concert spans the decades, with visual styles to match, and includes all the biggest hits from the star’s sprawling discography.

Here’s a rare opportunity to appreciate Yannick Nézet-Séguin’s talent as a piano soloist. In this departure from routine, he puts down his baton and takes a seat at the keys for a stirring rendition of Mozart’s elegant Piano Concerto No. 12 and its breathtaking Andante. Back at the podium, he leads the orchestra through Brahms’ splendid and moving Symphony No. 3.

Dancer and choreographer Jacques Poulin-Denis ventures out of his choreographic comfort zone to explore autobiographical monologue, standup comedy and dance-theatre in this hybrid, unfiltered show that colours reality with mesmerizing inventions and fictions.

With Yannick Nézet-Séguin at the podium, the Orchestre métropolitain is up to the challenge of Brahms’ Symphony No. 4, the composer’s final symphony and the crowning achievement of a body of work built on reverence for the legacy of the greats. Far from rejecting his predecessors’ mastery, with his fourth symphony Brahms brilliantly picks up where they left off, joining their ranks in his own right.

Latent Space + Ocular Oscillation
Satosphère at the SAT
Until April 24

This double feature, with works by Viennese artist Monocolor and Montreal-based studio Diagraf, is the perfect way to dive back into immersive screenings under the big dome at the SAT. In Latent Space, stardust and luminous lines form stunning architectures, while Ocular Oscillation subjects sweeping curves to powerful strobe effects.