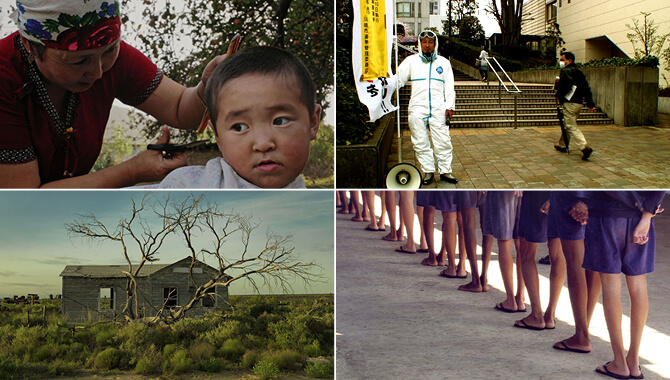 For its 21st edition, this festival with a growing international reputation delivers a vast range of Quebec and foreign films that explore the social, environmental and political issues of the day. With a judicious selection of films and a broad range of peripheral activities (lectures, workshops and so on), film buffs won’t want to miss it! But how can festival-goers choose from the 157 films from 47 countries on tap?

We spoke to RIDM Executive Director Mara Gourd-Mercado to learn more about the event’s lineup. 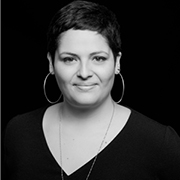 HOW DO YOU EXPLAIN THE EVER-GROWING POPULARITY OF A FESTIVAL DEVOTED TO DOCUMENTARIES?

To start, our wide-ranging lineup offers something for everyone. In addition, the festival is really composed of two distinct events that complement each other: the RIDM, which caters to the general public, and Doc Circuit Montréal, which caters to professionals. Holding the two events at the same time opens the doors to a wonderful dialogue between filmmakers and fans, making the RIDM a unique and very exciting event.

What’s more, the demand for high-quality documentaries keeps on growing because there’s often a lack of analysis and objectivity when it comes to covering the events that shake our world. Documentaries showcase a specific, privileged perspective on complex issues that is supported by a great deal of detail and therefore very credible, in addition to being presented according to strict esthetic guidelines.

WHAT ARE THE CAN’T-MISS EVENTS FOR THIS 21ST EDITION?

Our signature events include retrospectives on two great documentary filmmakers: Maria Augusta Ramos and Kazuhiro Soda. The Brazilian film director will host a seminar on cinema followed by a screening of her film The Trial, which deals with the trial leading up to the impeachment of President Demia Roussef. In light of the current situation, with Brazil having just elected a far-right president, it’s important to revisit the artist’s works to gain a better understanding of the country and its unique political system. In addition, we’re presenting a dozen films from Kazuhiro Soda, including Peace and Campaign, his first documentary. The Japanese director, now living in New York City, makes a documentary a year in keeping with a set of very specific rules.

We should also mention Produits du terroir, co-presented with MediaQueer. Focusing on the year 1990, the evening event will introduce or reintroduce audiences to six feminist and LGBTQ short films.

ARE THERE ANY MAJOR THEMES BEHIND THIS YEAR’S LINEUP?

At the top of the list are migration movements, which are adroitly covered by Jonathan Durard in Memory is Our Homeland, a film that relates the exodus of Poles sentenced to exile after World War II and their wanderings from Siberia through Africa and all the way to India. Montrealer Nadine Gamez also brings us Exarcheia, le chant des oiseaux, which depicts the lives of migrants in Athens. The Palestinian question still provides fodder for filmmakers, as shown by Stefano Sanova’s moving film La route des Samouni (screening on November 15 at 6 p.m., at the Cineplex Odeon Quartier Latin theatre), which relates the story of a family in Gaza before and after Operation “Cast Lead” in 2008 and 2009. Quebec directors are very open to the world. Soleils noirs, from Julien Élie is about corruption in Mexico and the country’s climate of impunity. Finally, in Le chant d’une sœur (November 12 at 8:30 p.m. at the Cinémathèque québécoise), Israeli director Danae Elon takes an intimate look at the voluntary exile that has torn one family apart.

WHAT ADVICE WOULD YOU GIVE PEOPLE WHO AREN’T SURE HOW TO CHOOSE THEIR FILMS?

You have to be open-minded and take a chance on something new. Just check the program for the day and time you’re available, and dive in! In particular, I’d like to insist on the importance of giving short and medium-length films a chance; those formats are just as valid as any other, and filmmakers don’t chose them for nothing. They can be an excellent introduction to the fascinating world of documentaries.