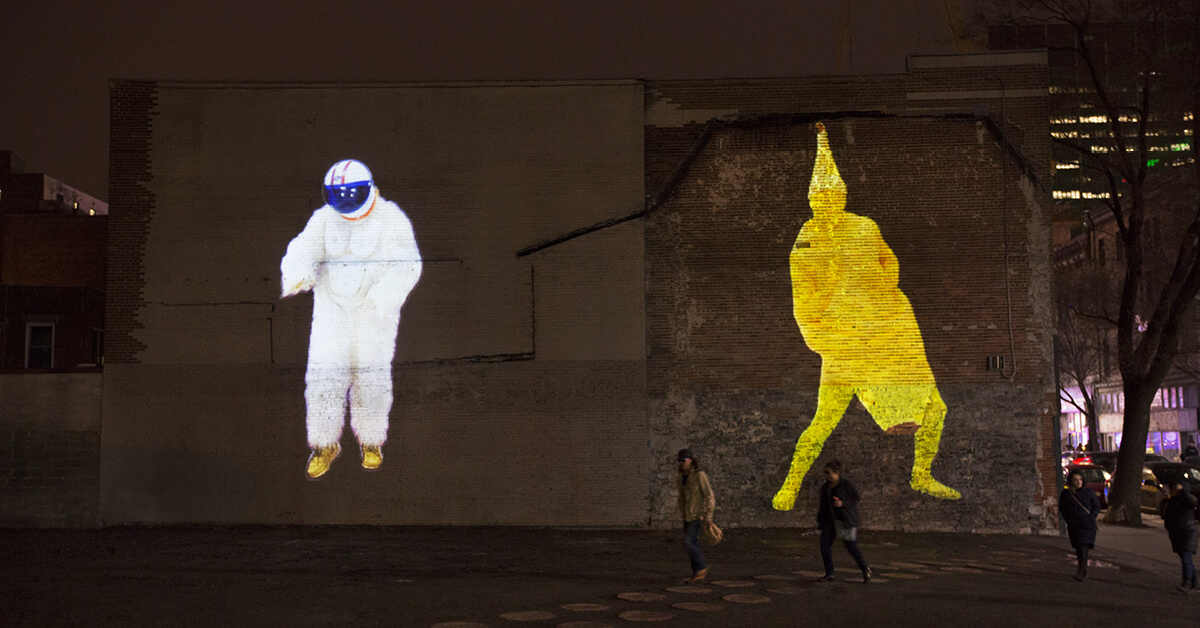 Discover the vast digital side of the Quartier des Spectacles, including its ever-changing architectural projections. Original works, an international competition and a call for proposals: the Quartier offers as many ways for the public to explore digital art as opportunities for artists to make it.

Pascale Daigle, director of programming for the Quartier des Spectacles, spoke to us about the entertaining Space Monkey projection and the other exciting projects she and her team are working on.

This spring, the projections will feature the Montreal premiere of Space Monkey, by the New York creative studio Dawn Of Man. The acclaimed work, previously seen in Australia and the United States, stars a simian astronaut that grows into a world- and galaxy-famous machine for getting people up and dancing. A wildly entertaining projection that’s sure to spark the curiosity of the Quartier’s regular denizens and visitors alike.

“We wanted to give visitors and locals something really fun to accompany the arrival of spring. A monkey-man dancing on the side of a building fits the bill! We hope this funny little story will make people smile,” says Ms. Daigle. 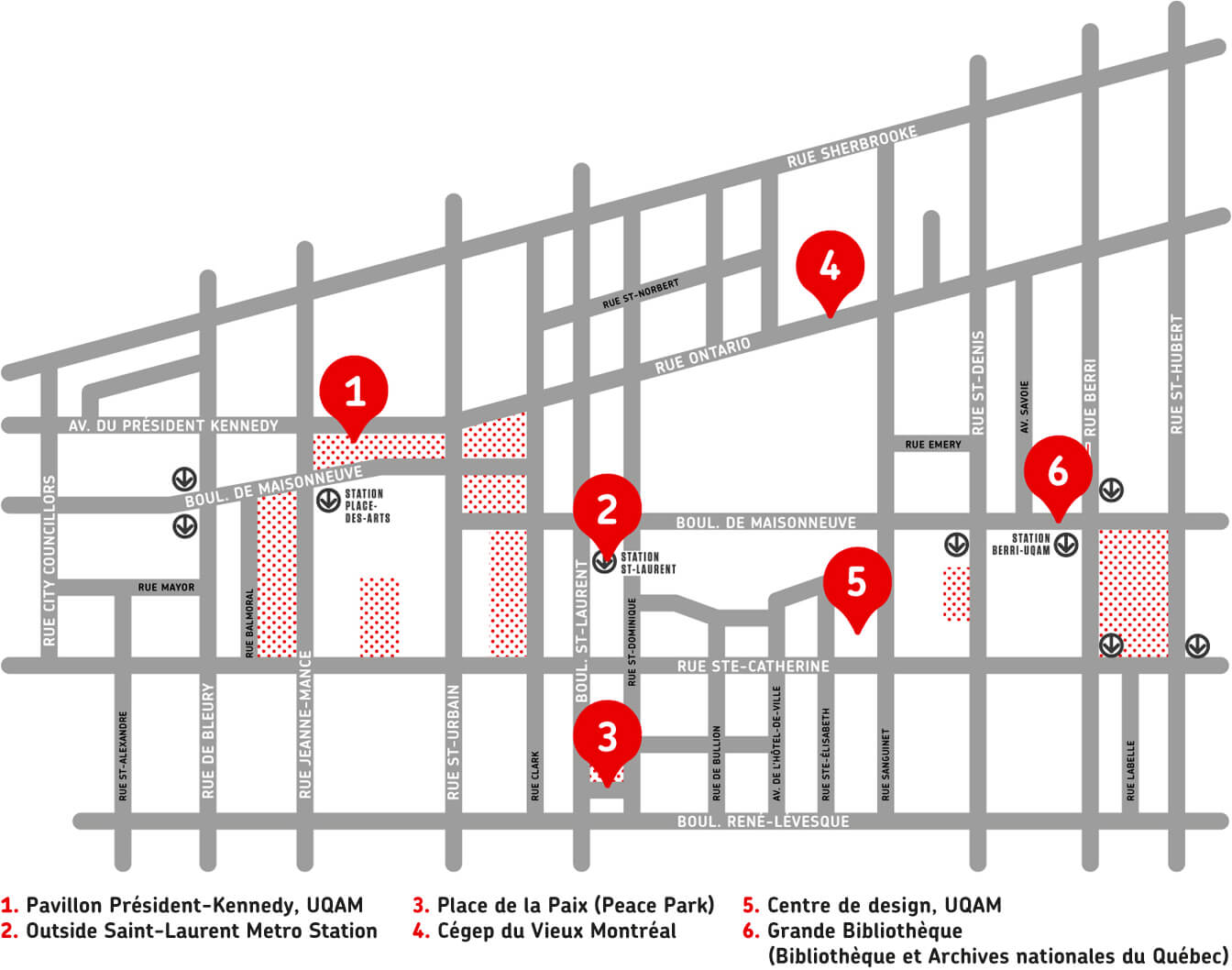 ONE architectural PROJECTION TO ANOTHER

The permanent projection sites dotting the Quartier showcase original work. “The projections are an important part of the Quartier’s identity and atmosphere, especially since we have one of the world’s few architectural projection networks that shows only artistic content, and has a permanent infrastructure.”

From Thursday to Saturday, starting at nightfall, the public is invited to check out the projections on six buildings. The building façades are spaces for exploration and entertainment for creators and interactions places for the spectators.

“We’re always looking for ways to inspire artists from different backgrounds to explore the Urban Digital Laboratory, which includes the projection sites, and create pieces for one façade, or all six. We want to offer a variety of different experiences, usually with audience participation. We want to encourage people to get to know their city better, and see urban spaces in a new light.”

Until May 31, the public is also invited to check out the southern façade of the Président-Kennedy building at UQAM, where 100 Millions d’idées, a projection designed and produced by Normal Studio, showcases the creativity of the Université du Québec à Montréal, affectionately known as the people’s university.

THE FINALISTS OF THE INTERNATIONAL COMPETITION FOR INTERACTIVE ARCHITECTURAL PROJECTIONS

Earlier this year MUTEK_IMG, in collaboration with the Partenariat du Quartier des Spectacles and MAPP_MTL, organized an international competition inviting artists working in every discipline, living in Canada or elsewhere, to propose an interactive architectural projection for the wall outside the Saint-Laurent metro station, a location seen by thousands of people every day.

"The idea behind the competition is to explore new forms of interaction with projections, but without installing major new infrastructure" says Pascale Daigle.

On April 11, during MUTEK_IMG, the competition’s six semi-finalists presented their prototypes for the jury and the general public. It was a chance for the artists to test their work and exchange with the audience about their creative process.

"Instead of having experts test the prototypes, we wanted to give the public the chance to try them out, which will ultimately enrich the artists work"

A ROUND TABLE ON THE FUTURE OF DIGITAL PUBLIC ART

Lastly, until April 23, artists from every discipline, residing in Quebec and the United Kingdom, are invited to propose a new interactive digital installation. Wanting to bring some variety to people’s daily routine, with bold works that capture the viewer’s imagination, the Quartier des Spectacles Partnership and the U.K.’s Quays Culture are inviting artists to experiment with different display environments, and eventually reach large audiences on either side of the Atlantic.

The Quartier des Spectacles Partnership opened its call for submissions for the Luminothérapie 2019-20 competition celebrating the tenth edition. To mark the first ten years of the winter event, up-and-coming and established creators are invited to imagine an auditory, luminous and participatory installation for the Place des Festivals, freely inspired by the theme of celebration. Participants must also propose architectural projections for two nearby buildings.