THE CAPTIVATING WALK OF THE GIANTS 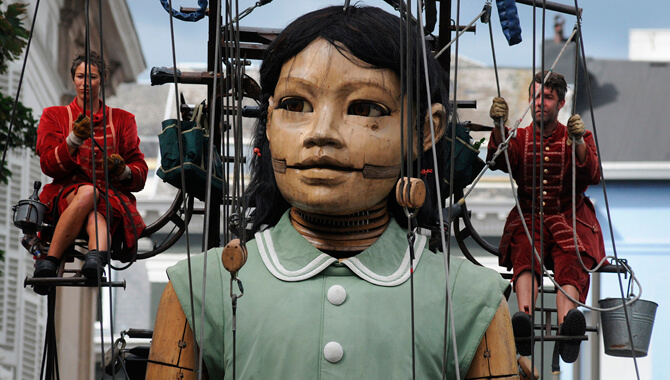 As part of the celebration of Montreal’s 375th anniversary, the city is about to welcome the Giants of the Royal de Luxe theatre company. From May 19 to 21, the outsized animated characters will invite Montrealers into their poetic world as they wander the city on a quest full of surprises. And, of course, the Giants will spend some time in the Quartier des Spectacles – they’ll even have a nap here.

While we await their arrival – sure to delight and amaze – here’s all you need to know about the enormous and lively characters.

Who are the Giants?

Three Giants are coming to Montreal, along with a horde of Lilliputians clinging to their backs. The biggest giant is the Deep Sea Diver, a titanic, 11-metre humanoid who travels with souvenirs collected on his many trips as well as a big, ugly catfish for a companion. Despite her name, the Little Girl Giant is a full 5 metres tall and weighs 800 kilos! She’ll be accompanied by her dog, Xolo, who’s as tall as a horse. The Deep Sea Diver is her uncle.

The Giants were born in France, in the town of Le Havre. The oldest, the Deep Sea Diver, is nearly 25. Since their creation, the Giants have visited many countries (England, Germany, Australia, Brazil, Iceland…) and charmed more than 20 million people. 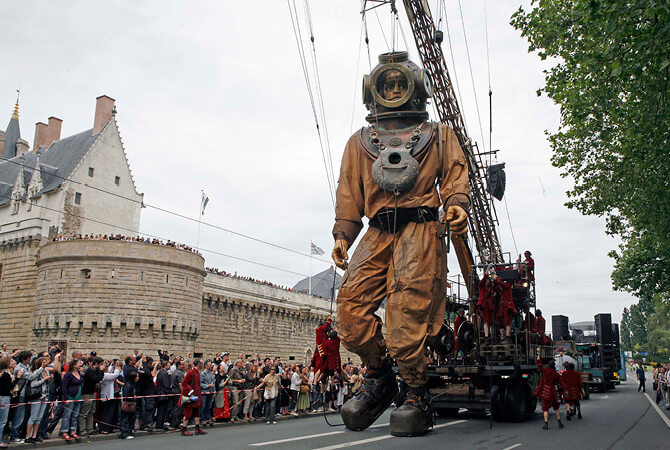 How did the Giants come into being?

Their father is the writer, director and founder of the Royal de Luxe theatre company, Jean-Luc Courcoult. He created the massive characters to enrich the arts of storytelling and poetry. In thinking about ways to present a free, outdoor theatrical experience, he came up with the Giants, who will be the heroes of an enchanting new story written especially for Montreal.

What kind of surprises are in store?

The Giants’ visit will have plenty of surprises, to be revealed on their journey through the city. By following the Giants on their walk – they’re not in a hurry, strolling at a leisurely 2.25 km/h – the public will see Montreal in a new light, and discover what our enormous visitors have in store for us. 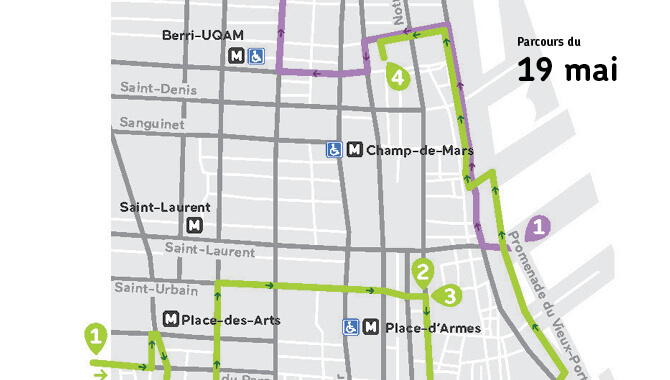 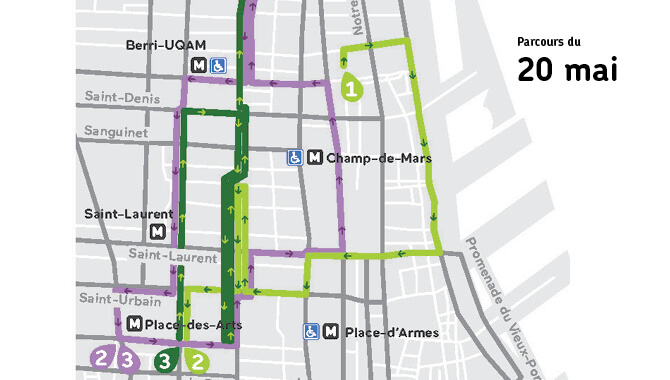 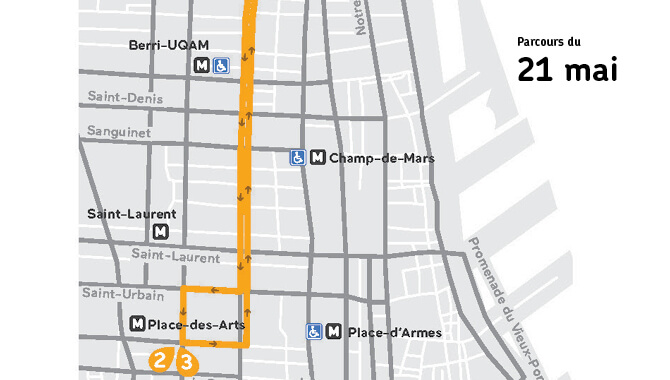 Key moments in the Giants’ visit to the Quartier des Spectacles

-> Friday, May 19, 11:30 a.m.: : The Little Girl Giant will be at the corner of Jeanne-Mance and De Maisonneuve West. From there she will walk along De Maisonneuve to McGill College, then along Sainte-Catherine to Saint-Urbain.

-> Saturday, May 20, 12:10 p.m. : don’t miss the spectacular arrival of the Deep Sea Diver, who will have his afternoon nap in the Place des Festivals. A few metres away, the Little Girl Giant will snooze on Sainte-Catherine Street starting at 1:20 p.m. and awaken at 4 p.m. to wander eastward on Sainte-Catherine.

Why do the Giants interrupt their wanderings to have a nap?

These outsized characters sometimes interrupt their travels to have a rest. After all, they’re living beings! During these two-and-a-half-hour breaks, the Giants are not entirely motionless. You can see their lips move and their eyelids flutter, indicating that they’re dreaming. These are great opportunities to approach and admire them. Don’t miss your chance to meet them! 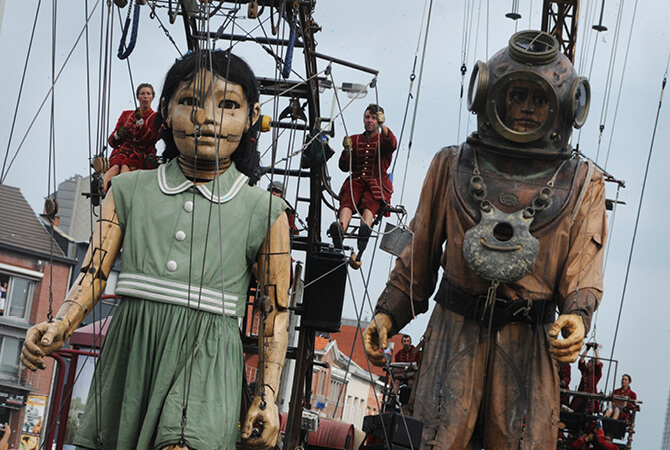 Finally, who are the beings accompanying the Giants?

The people who are responsible for animating the giants and accompanying them on their route are called Lilliputians – because these giants are nothing like traditional oversized marionettes. They are actually fully animated characters that walk with thundering steps, blink their eyes and move their limbs. That’s why the Giants are not coming to Montreal alone to celebrate the city’s 375th anniversary – they’ll be accompanied by a 105-person technical crew. Fun fact: one of the Lilliputians is a Montrealer.

The Giants – The Great Invitation

To learn more about the activities of the Montreal's 375th anniversary, visit 375mtl.com