The Centre for Sustainable Development: five green years in the Quartier des spectacles 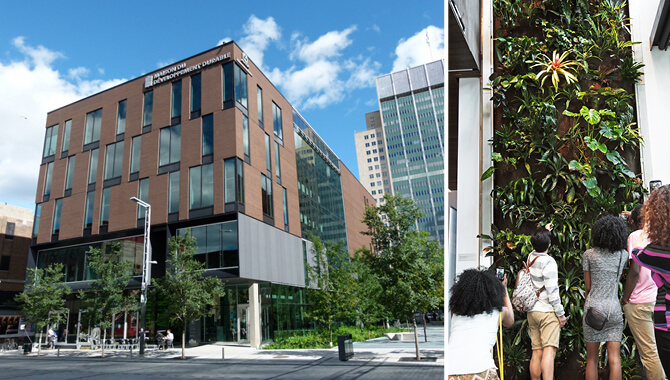 It may have seemed like a crazy dream, but the Centre for Sustainable Development quickly put down solid roots in the Quartier des Spectacles. When it opened in October 2011, the building drew attention to new construction methods for the century to come. Five years later, the centre is still inspiring its neighbours to go green, and it’s an active contributor to the Quartier’s cultural scene. 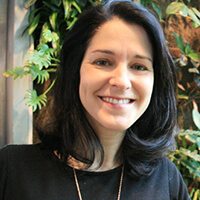 Amélie Ferland, the communications and programming director at the Centre for Sustainable Development, looked back on the last five years with us, and filled us in on the ongoing celebrations.

How did the Centre for Sustainable Development (CSD) come into being?

The Équiterre organization had a run-down office and wanted to move into a space that would have an educational function, showing everyone that it’s possible to build a structure to the highest environmental standards. And we succeeded. The CSD is the first LEED® PLATINUM certified building in Quebec. The idea was also to have a building large enough to have office space for the major social and environmental NGOs. It took ten years to get the project built. We opened in 2011 and the results exceeded expectations!

Why did you choose a site in the Quartier des Spectacles?

It’s in the heart of Montreal, and it’s strategically located for meeting people in the business community. And when it comes to interacting with the public, there’s no better location than the Quartier des Spectacles. We’re incredibly fortunate to be where we are.

Your mission is mainly environmental. Why did you decide to have a cultural program as well?

At first, we weren’t really thinking about the cultural aspect but it quickly became a priority. After all, culture is one of the cornerstones of sustainable development, human rights and the social economy. In 2012, we added an exhibition space and became the first venue in Montreal to bring together art and sustainability. We now put on eight shows a year, screen documentaries and have a special program for Nuit Blanche. And last year, we organized an environment-friendly crafts fair, the Salon des artisans récupérateurs, which gives people an opportunity to buy environment-friendly Christmas presents.

Do you think you’ve influenced your neighbours and other Quartier residents to take better care of the environment?

We hope so! Our events are attended mainly by people who work downtown, including the organizations that make up the Quartier des Spectacles. There’s open discussion, and all the partners are positively influenced. For example, we’ve put some thought into how to organize environment-friendly festivals and events. We host plenty of panel discussions and round tables on ways to be greener. And all of our events are free.

What are your future hopes for the Centre?

We’re very proud of what we’ve accomplished and delighted by the public’s response. So we want to keep doing what we’re doing! We have plenty of ideas and want to make sure we have the means to fulfill our ambitions. 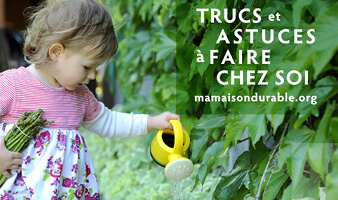 Thanks to this web portal (in French), the public can learn and share tips and tricks for leading a greener life at home. 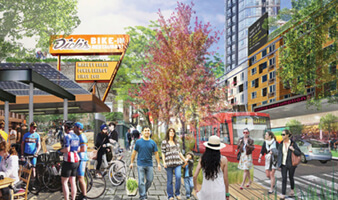 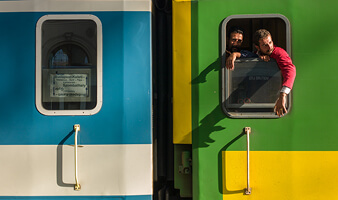 Multi-award-winning photographer Michel Huneault presents photographs on the theme of the migrant crisis. A show that leaves no one indifferent. 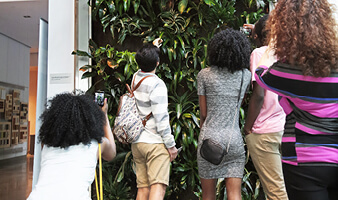 Each Friday at 2 and 5:30 p.m., the Centre hosts guided tours. For the fifth anniversary, there will also be some “express” tours that give a 45-minute look at how the building came into being and how it keeps evolving. 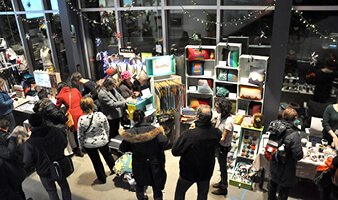