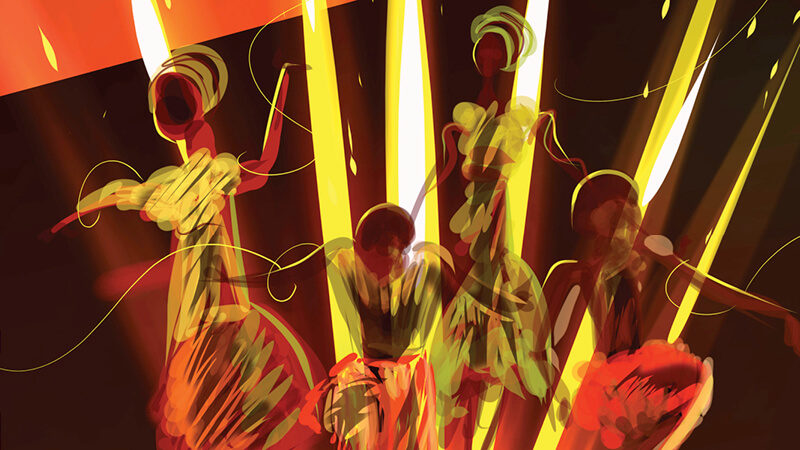 Black people have a long history in Quebec. In fact, it is just as long as the one of white Europeans in America. For the 25th February in a row, Black History Month celebrates a rich heritage through music, film, theatre and thematic exhibitions. 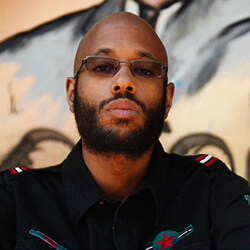 We spoke with historian and hip-hop artist Webster, one of Black History Month’s three spokespeople. We also put together a roundup of events happening in the Quartier des Spectacles, with tips from actor Frédéric Pierre and curator Ralph Boncy, who are participating in two headline events.

What have we learned from 25 years of Black History Month in Quebec?

We’ve seen a desire for greater social cohesion, a desire to show a less known side of our history. Black people have been here since the very beginning of colonization. The first African resident of Quebec, Olivier Le Jeune, a slave of Guillaume Couillard, arrived in 1629. Since then there have always been black people here. The role of Black History Month is to bring that concept of history to the fore. We can act in the present, while being grounded in the past.

You describe yourself as a “SénéQueb métis pure laine”. Why?

As a biracial person, with a Senegalese father and a Québécoise mother, I learned at an early age that I wasn’t completely Senegalese or completely Québécois, but a bit of both. “SénéQueb” is my own cultural appropriation of both realities. With Black History Month, I want to show that we all share that reality of multiple origins, in one way or another. So-called black history also belongs to white people, just like white history belongs to black people.

One day, we’ll have to get away from the term “black history” and simply talk about history. But in our schools, it’s still mostly “white history” with aboriginal and black history essentially reduced to footnotes. We need to revamp our textbooks and our ways of thinking so that we can talk about a history of everyone.

Much of Black History Month is focused on artistic activities and events. Why do you think that is?

Getting a message across or provoking thought through art is less confining than speeches and conferences, which are, however, also necessary, and good venues for discussion and understanding. Art makes it possible to take an approach other than grievance. Activism or simple awareness-raising are softened by art. People can also see themselves through narratives and characters. We appeal to the imagination, we enter into a soul-to-soul, heart-to-heart relationship.

Events in the Quartier des Spectacles

David Mamet’s play features two lawyers, one black and one white, who hesitate to defend a rich white man accused of raping a poor young black woman. “It’s a play about prejudice. Prejudice around race, and also gender. The author challenges our perceptions,” says actor Frédéric Pierre, who plays one of the leads in the drama. “Black History Month encourages us to think, see things differently, see different perspectives. The purpose of art is to entertain, but also to teach and raise questions,” he adds.

“We sought out women who are not only artists but muses. We didn’t pay attention to the number of records sold, but to their talent, story and commitment,” explains journalist end exhibition curator Ralph Boncy. The result is a portrait of 12 women who have made a mark on Canadian music, whether in opera, jazz or hip-hop. The event puts the spotlight on everyone from Jeri Brown and Molly Johnson to Régine Chassagne of Arcade Fire and J.Kyll, of Muzion. The show is complemented by six visual works on black music, by six different artists.

The Vues d’Afrique festival starts its 2016 rallye-expo series with Inspiration africaine, showcasing two African painters now based in Quebec. The paintings of Khaled Laggoune transport us to the city of Algiers and the Algerian Sahara. Meanwhile, Chilles Kaoumé is inspired by shantytowns and African as well as Canadian urban scenes.

They have almost nothing, but still they make things; make music; tell captivating stories. In this documentary, the winner of the sustainable development award at the Vues d’Afrique festival in 2015, Malagasy director Nantenaina Lova turned his camera on his homeland and captured images of striking beauty.

The newest venue in the Quartier des Spectacles, Le Balcon, is dedicating February to Black History Month, with eight shows including the already legendary 60s, Motown and disco night (February 5, 12, 20 and 27). There will be a tribute to the queen of Cuban salsa, Celia Cruz (February 11) and, for Valentine’s Day, Dawn Tyler Watson presents a jazz and soul night (February 13). James Correa performs the soul of Stevie Wonder and Marvin Gaye (February 19), and the Cuban Martinez Band plays hot salsa, merengue and bachata on February 26.