This is not a film still

I saw you walking through Place Pasteur in the Quartier des Spectacles, on Saint-Denis Street between Sainte-Catherine and De Maisonneuve, in front of UQAM. I saw you walking past, making a distracted glance at Plan Large 2, the photo exhibit currently running at Place Pasteur until March 13, and I sensed you thinking: “Huh! Quebec film stills.” And that’s when I really wanted to tell you that Plan Large 2 is so much more than that.

Those who are familiar with the Rendez-vous du cinema québécois (RVCQ) know that Plan Large, the first edition of this exhibit, was a big success last year. 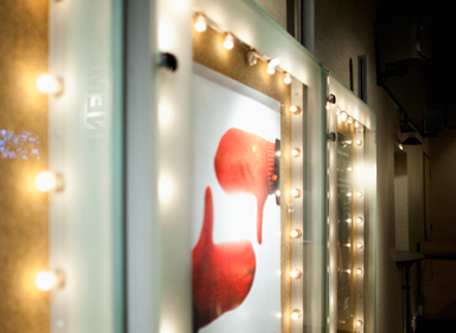 The idea for the exhibit is pretty simple: let professional photographers get a look at local film productions. No, these aren’t film stills. The shots don’t depict a moment from a film, but more an overall vision of the work from a single photographer.

To create the perfect image, the photographers gathered the actors, directors or writers from a particular film and imagined a setting.

Maude Chauvin took this approach in her photograph of the movie Starbuck. Director Kevin Scott is in the centre of the shot, surrounded by the actors who are playing the children of Patrick Huard’s character. The effect is amazing. 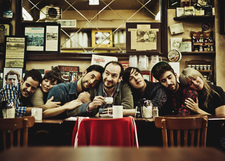 Another photograph, taken by photographer Jocelyn Michel, is breathtaking. An entirely nude Kevin Parent and Évelyne Brochu from the film Café de Flore lie entangled in the foreground, with actress Hélène Florent and producer Jean-Marc Vallée behind them.

A single image that translates the essence of the film and has a special power of its own. That’s Jocelyn Michel’s vision of cinema.

Plan Large 2 celebrates visual art, bringing together cinema and photography in an exhibit that will quite literally turn heads. The results will draw you in.

In other good news, the first version of Plan Large (highlighting Quebec films that made an impact in 2010) will be back from January 18 to February 19 at the exhibit area of Espace culturel Georges-Émile-Lapalme at Place des Arts.

If you’re a real movie or photography fan, or even if you’re just someone with a little bit of time to commit to Quebec art, you’ll really find this exhibit to be worth it.

What’s more, the Plan Large 2 contest gives you the chance to win some very interesting prizes (including a Nikon camera and tickets to the RVCQ).

And check out the making of the Plan Large 2 photographs on the Rendez-vous du cinéma québécois Facebook page!