Don't be afraid of going out on the town!

Halloween is upon us, and now that we’ve howled at the moon, it’s time for the werewolves to come out. As a holiday, there’s no better excuse to dress up and go around asking people for candy. 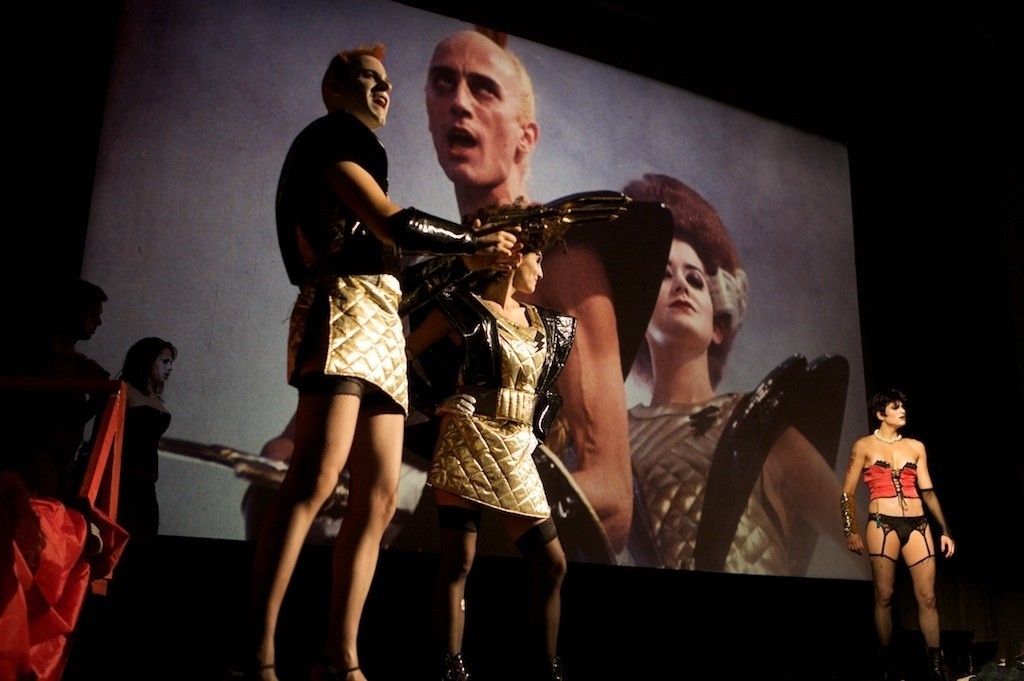 One undisputed late-October classic is the cult film Rocky Horror Picture Show. This parody of B-movies has been a “midnight movie” hit since 1977, when fans started to interact with the film by yelling out responses to the dialogue and throwing stuff at the screen. It’s been a riot ever since, especially around Halloween when costumes and wildness are in the air. Every year, the Rocky Horror Montréal troupe organizes a screening of the film with a live stage performance (reproducing scenes from the film itself), activities and a costume contest. First-timers might find all this preparation a little daunting, but you don’t have to be done up to the nines. That said, one thing is for sure: you’ve never had a night at the movies like Rocky Horror at Cinéma Impérial! It promises to be outlandish, out of bounds and out of control. (October 28, 29, 31 at 8 PM and 11 PM at Cinéma Impérial.) 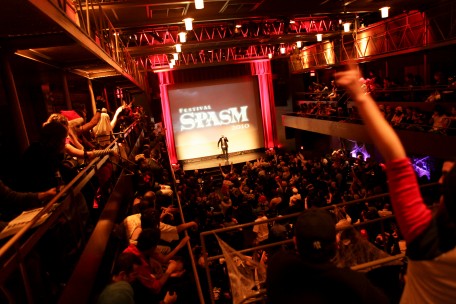 Another genre classic: Festival Spasm. After its humble beginnings at Club Soda in 2002 (a single evening of five or six Quebec horror shorts), the festival is all grown up. This year, Spasm sprawls across ten days and covers a multitude of genres (including science fiction, comedy, and action, not to mention horror) after opening itself up to the wider francophone world last year. But it’s the Grande Soirée Horreur that remains the high point of the festival. Still held at Club Soda (and usually filling it to capacity), Spasm blurs the boundaries between film festival and night out with friends. Unlike a conventional movie theatre, the festival invites fans to kick back, sip beers with their pals, holler, laugh, and signal their approval of the best short films from here and elsewhere, by vets and neophytes alike. Fans of gore, gratuitous violence and disgusting humour will have the perfect excuse to wallow in delightful depravity! (October 29, 8 PM, Club Soda.) 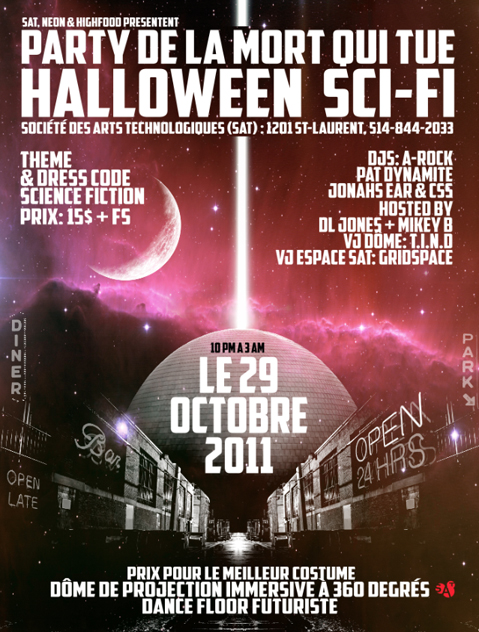 For those about to party, the newly renovated SAT salutes you with a Saturday night Party de la mort qui tue. With a science-fiction theme, DJs A-Rock, Pat Dynamite, Jonah’s Ear and CCS will set you dancing until the wee hours. At the same time, VJs will be busy dazzling your retinas in the main SAT space and in the new Satosphère, a (unmistakable and all-new) 360-degree dome. Here too there will be awards for the best costumes, but we’re thinking that the competition will be tough. (October 29, 10 PM, SAT.)

So don’t be afraid to head downtown on this weekend of vampires, ghosts and werewolves – you’ll be in mortal peril of fun!