6 Halloween thrills & chills in the Quartier! 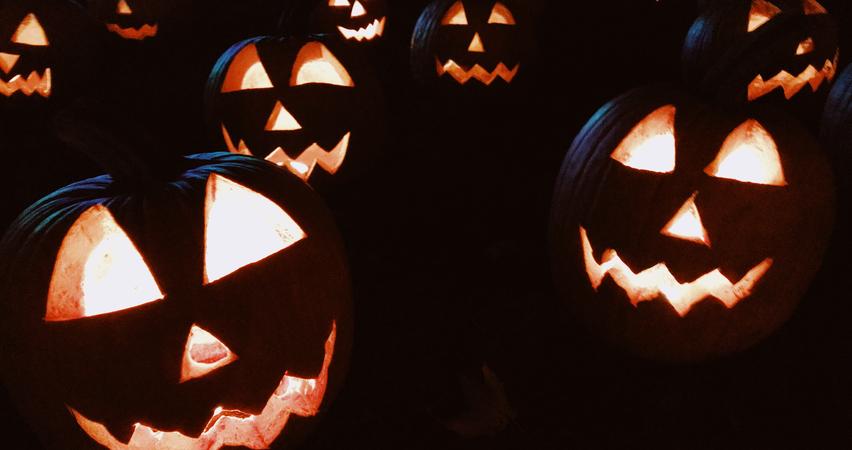 The year’s spookiest holiday, Halloween, is lurking just around the corner! You’ll find an activity for every taste in the Quartier des Spectacles. Here are six frightfully fun ways to spend Halloween!

HALLOWEEN PARTY AT THE SAT

The SAT’s famous Halloween party makes an eagerly anticipated return to the Satosphère dome on October 29. Electronic music fans will gather in their funky – and sometimes frightening – costumes. For the occasion, DJ Lia Plutonic, DJ Frog and DJ Lauren Flax will provide bewitching sounds, while Melesul3 and Gold Casanova will thrill the monstrous crowd with their 360° projections.

FAMILY OUTINGS AT THE GRANDE BIBLIOTHEQUE

Young children love Halloween goosebumps, and they can get their fill with Halloween story time in French and Québécois sign language, featuring original tales full of magic and fantasy. Hearing-impaired children and their families are particularly welcome to the event, where sign-language interpreter Renée-Anne Laroche will reveal whether every witch has a black hat and a broom, or whether ghosts sometimes change their coat. The activity, intended mainly for children ages 3 to 5, will take place on October 29. It will also be available online.

On October 30, the library’s theatre will show Frankenweenie by American director Tim Burton. The 2012 movie, an instant classic, is a black and white animation about the misadventures of young Victor Frankenstein. After reanimating his loyal dog, he’s forced to share his magical secret with his friends, leading to the appearance of a horde of frightful creatures. While the horror-comedy is mostly for kids 13 and under, the whole family is sure to laugh and get a scare or two!

WITCHES AT THE CINÉMATHÈQUE QUÉBÉCOISE

Witches are taking over the Cinémathèque from October 18 to 31! Fortunately, the image of the witch has evolved considerably in recent years, thanks in large part to the work of essayists like Mona Chollet – far beyond the stereotype of the hook-nosed crone astride a broom. The Cinémathèque will present, in collaboration with writer and musician Marie-Douce St-Jacques, a nuanced portrait of the mythical figure, the embodiment of feminine power, with screenings of 13 feature films spanning everything from horror movies to political essays. Some highlights of the series, which will conclude with a round table moderated by Valérie Lefebvre-Faucher of Liberté magazine, include Zambian director Rungano Nyono’s breathtaking drama I Am Not A Witch (2017) and, on October 31, Macedonian filmmaker Goran Stolevski’s critically acclaimed horror film You Won’t Be Alone (2022).

HUMOR AND KARAOKE AT CAFÉ CLÉOPATRA

Music and comedy will be the heart of the fun at this Halloween party on October 30 featuring some of Montreal’s hottest anglo comics. To open the festivities, guest artists will take the stage to tell some jokes and sing a song. Then, the audience will be invited to participate in a suitably spooky karaoke session with a playlist packed with bone-chilling tunes!

(https://www.quartierdesspectacles.com/en/event/160/festival-spasm/ "") and its huge line-up of outlandish films returns from October 20 to 31, the event’s 21st edition. The festival, focused on genre cinema, will be held at Théâtre Plaza this year as well as offering some of its programming online. Movie lovers who’d rather celebrate Halloween at home can get hours of shocks and scares with the films of the Grande soirée Horreur, accessible starting October 28.