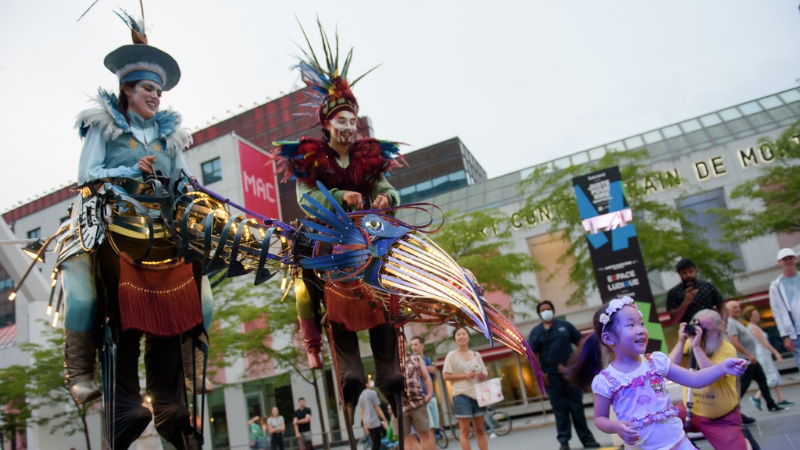 Juste pour rire/Just for laughts was launched in 1983, when smoky little nightclubs were still common. This year, the iconic event is celebrating its 40th anniversary with a jam-packed edition featuring some of the biggest local and international names in comedy. Hundreds of artists will perform at this major festival that includes not only indoor shows but plenty of free outdoor performances. We spoke with Patrick Rozon, vice-president of francophone content at Groupe Juste pour rire. 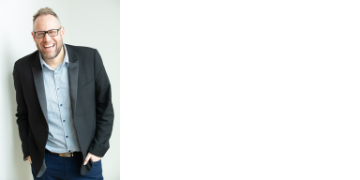 How has Juste pour rire changed the world of comedy in Quebec?

In 1983, there were comics like Yvon Deschamps who played sold-out shows, and the cabarets were full, but overall the comedy scene was fragmented. The festival was born of a desire to join forces because there’s strength in numbers, and we succeeded. The first edition was a hit, and the festival has never stopped growing since, particularly with the addition of the English-language section, Just for Laughs in 1985. You have to remember that Juste pour rire was the world’s very first festival of its kind, and it has grown to become a hub for international comedy. It’s where comics from around the world come to get discovered. And it’s the reason why A-listers like Kevin Hart and Bill Burr are always happy to come back to Montreal. Some, like Dave Chappelle a few years ago, sometimes show up unannounced and ask us to find them a stage somewhere at the last minute. More and more foreign comedians are doing that, too. They come without an invitation and call us up to find out where they can perform. It makes our work easier!

Can you tell us about the festival’s outdoor component?

Free comedy shows are an essential part of the festival. They set us apart, because it just isn’t done anywhere else in the world. Some music festivals have adopted a similar format, but our festival is the only one doing it in comedy! And while we rightfully focus most of our attention on the comedians, the success of the outdoor program is made possible by the hard work of a ton of artists: directors, writers, choreographers… Another reason for the success of the outdoor section is that when you bring together several comics in a single show, you create an exclusive event that people can’t see on TV or online. You’ve got to be there or you’ll miss it!

Anniversary aside, what makes this year’s event special?

I have to say that after presenting virtual editions the last two years, the return of in-person performances is simply fantastic. The fact that the return coincides with our fortieth anniversary is really exciting! A fortieth anniversary is a time to look back on where you came from, and ahead to where you’re going. In planning this year’s galas, we took inspiration from 25-year-old sketches, to make connections with the past. This year’s festival is very diverse, because we’re forward-looking. It also features popular events with mass appeal, like the much-anticipated return of La Fureur, hosted by Élise Marquis, on July 21 in Place des Festivals, and the 40 ans de vrai fun! variety show, with comedy, dance and circus, directed by Alex Perron and presented every evening from July 21 to 25 on the Place des Arts Esplanade.

What are some other highlights of this year’s festival?

Among the big free events, I highly recommend Pédago, a tribute to teachers hosted by Debbie Lynch-White and Julie Ringuette, on July 26 on the Beneva stage. I also suggest you catch Le Fabuleux destin d’Erich Preach, a show by an up-and-coming comic who will perform, with his guests, on the Beneva stage on July 22. As for indoor shows, don’t miss Mike Ward and Mathieu Dufour at the Bell Centre on July 22 and 23 respectively. And, of course, there are the galas at Théâtre Maisonneuve from July 20 to 23, headlined by Rosalie Vaillancourt, Pierre-Yves Roy-Desmarais, Richardson Zéphir and Eddy King, Phil Roy and Roxane Bruneau. The galas have made a huge contribution to the festival’s success, and it’s inspiring to see a new generation of comedians embrace the format and really do it justice! Speaking of up-and-comers, I also suggest you keep an eye on Meghan Brouillard, Jessica Chartrand, Jean-Sébastien Girard and Simon Delisle.

Finally, can you imagine what the festival will look like 40 years from now?

Comedy evolves with society, and since society is changing fast, we should expect comedy to follow. And that’s the great thing about it! In the end, I think comedy is becoming increasingly international and our comedians have more and more ways to export their work. Juste pour rire is still building new bridges abroad, and there’s still a lot of work to be done with Africa and Asia, in particular.