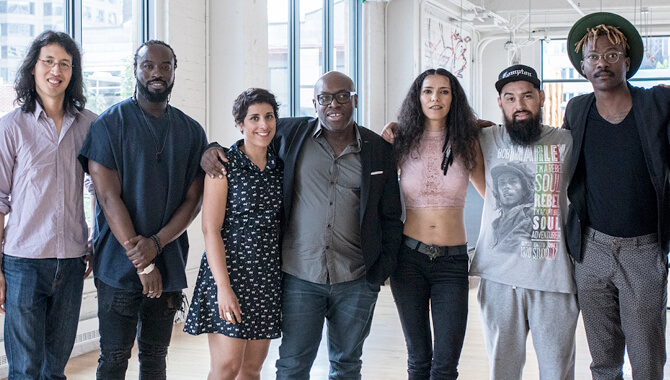 On August 5, Montrealers are invited to an event of music, dance and poetry starring artists from different disciplines and backgrounds. The organizers' goal is at once noble and ambitious: to kick off a made-in-Montreal movement towards diversity and inclusion. Through music and art, Nova Stella will celebrate both the Montreal of today, and the one to come. 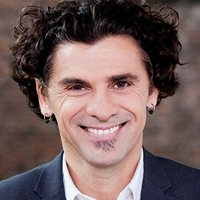 WHAT IS NOVA STELLA?

Nova Stella is an invitation to Montrealers to take part in a 'big bang' for diversity. As such, we want to bring together citizens, no matter who they are, to abolish the division between ‘us’ and ‘them’, those from here and elsewhere, and to build something new together. In astronomy, a nova is a star that becomes extremely, violently brilliant, and stella means ‘star’. It's a metaphor. When the supernova explodes, or rather, dies, it produces so much energy that it reshapes the universe around it, filled with new stars. This is what we want: to signal a new departure and a new way of living together.

IT'S A CALL FOR INCLUSION

Unfortunately, the current cultural climate does not reflect the diversity around us, especially here in the city. We want the Montreal of tomorrow to reflect one vision above all our differences. For the last 375 years, Montreal has been a land of immigrants. With the exception of the First Nations, we are all immigrants. When we say a ‘Québécois de souche’, they are really just an immigrant with seniority!

Nova Stella will declare a new starting point for real change. I’m going to dare to compare Nova Stella, as a musical and poetic manifesto, to the Refus global. This is our Refus global for diversity.

AND AFTER NOVA STELLA?

The event will take place over three different moments at the place des Festivals. At 12:30 pm, artists like Matiu HuuBac Quintet, Komty and Emrical will perform in a concert. At 4 pm, a spectacular parade called l’Amitié nuestroamericana, bringing together 65 dance troupes and 1,000 dancers, will arrive at the Quartier des spectacles. (Departure is at 3 pm from Dorchester Square.) The performers will take part in a colourful show.

And then, in the evening, dozens of artists - including Mamselle Ruiz, Karim Diouf, Pierre Kwenders, Webster, Tomas Jensen, Shauit and Jenny Salgado - will perform under the guidance of the comedian and MC Didier Lucien.

The whole show in inspired by a poem written and performed by slam poet Queen KA, who is also known as Elkhana Talbi. It’s a symbolic piece of writing that unites all of Nova Stella’s performers, and it will mix in with the sounds of the city. The show will put the spotlight on immensely talented artists with many different influences.

AND AFTER NOVA STELLA?

It’s time to look at the diversity in the world around us as a gift instead of as a threat. The show we are attempting to create is guided by this idea. Over 75% of the teams hired to bring the show to life are from minority backgrounds. It’s just a matter of social engagement.

Nova Stella is a big push to settle the question of diversity and inclusion, and to start a new chapter. We are going to build the future together. Here’s hoping more events just like it end up entertaining Montrealers in the months and years to come.

Nova Stella is presented by DAM and Terres en vues, with the collaboration of L'Amitié nuestroamericana and the support of Festival Accès Asie, Festival du Monde Arabe and Festival Orientalys. It is part of the official programming of Montreal's 375th anniversary celebrations.