FROM BLANK PAPER TO QUARTIER DES SPECTACLES: A LOOK AT THE BEGINNINGS OF THE REDEVELOPMENT PROJECT

Do you remember when we cut the ribbon on Place des Festivals four years ago? That was just the beginning of one of the largest redevelopment projects ever seen in downtown Montreal. Since then, Promenade des Artistes, the Parterre and the transformation of part of St. Catherine Street have followed. In the coming years, the Clark Esplanade will join them. Behind all these projects is Daoust Lestage, a firm of architects, planners, landscape architects and industrial designers.

We are taking advantage of the Journées Portes Ouvertes Design Montréal – an open-house event built around the idea of “seeing where ideas are born” – to introduce you to the people who came up with the design for the Place des Arts area in Quartier des Spectacles. They made the first sketches and designed all the public spaces, down to the last park bench, the last bolt. They have won many awards, including a Governor General’s Medal in Architecture.

They were on hand for special guided tours of the Quartier during the Journées Portes Ouvertes Design, on Sunday May 5. 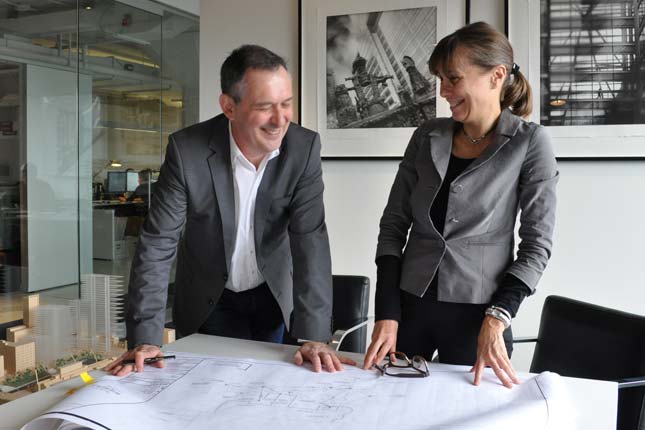 What is the process behind a major project like Quartier des Spectacles?

We were selected through a call for tenders, on the strength of other projects we had done, like the Promenade Samuel-de-Champlain in Quebec City and Montreal’s Quartier International.

People often have difficulty understanding that behind this type of project is a creative person with a pencil and a blank piece of paper. But it really is that way, and that’s how it all began for Quartier des Spectacles.

While adhering to the identified objectives and needs, we imagined the project first by creating and naming public spaces, followed by the creation of all the street furniture.

What goals and needs were identified for Quartier des Spectacles?

It was necessary to ensure that the festivals could have a permanent home in the downtown area and to solidify the Quartier’s cultural focus. Up until then, events like the Jazz Festival used a variety of vacant spaces. But the vitality of the real estate market was gradually causing those spaces to disappear. 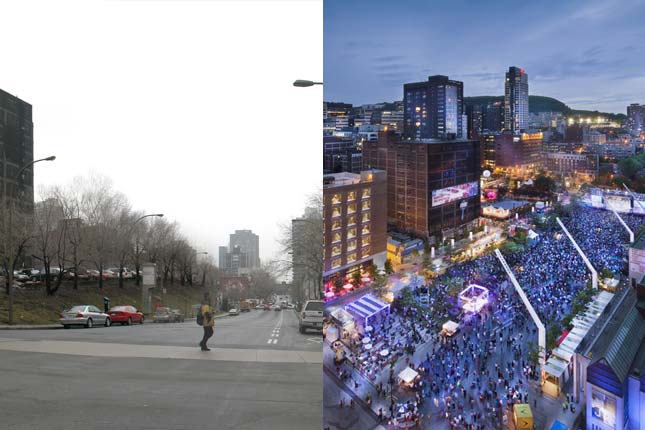 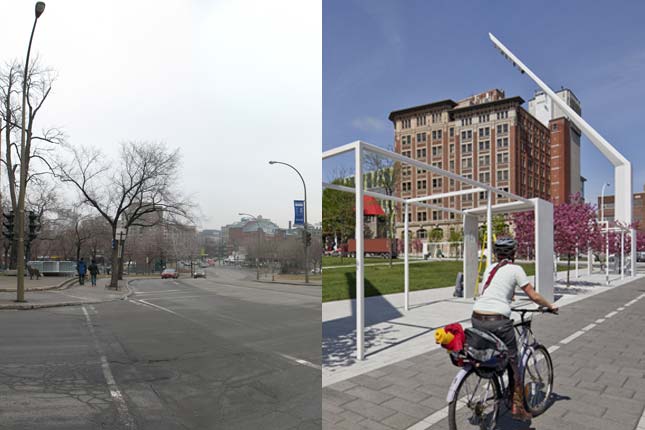 What were your inspirations?

For 30 years, our urban design and architecture practice led us to constantly assess public spaces wherever we went. So it’s the sum total of our experiences that inspired us, because there was no other model to follow. It’s the first attempt at such a thoroughly integrated effort to create outdoor spaces for large events in an urban setting. Montreal is unique in that respect, and that contributes to its local and international positioning. 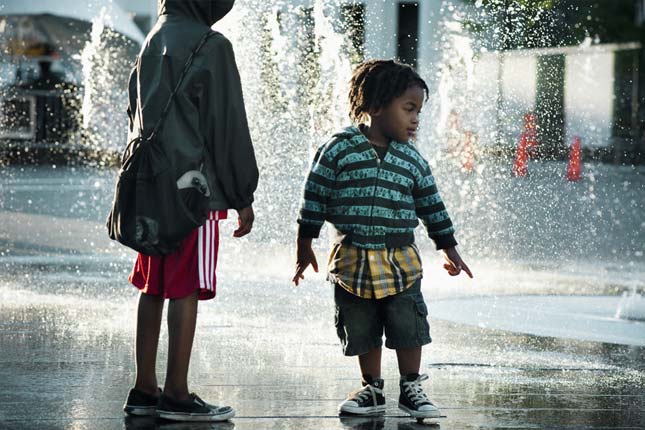 Did the project have any particular constraints?

There were massive constraints! The public spaces needed to be able to accommodate a large number of people in order to be suitable for major events, but they also needed to be enjoyable to visit at other times.

That required a great deal of ingenuity and innovation. For example, the fountains had to be built right into the ground without a visible basin [it is located under Place des Festivals], because we need to be able to turn them off 15 minutes before a show.

Next, the retail spaces, which are now home to Brasserie T ! and F Bar, have a submarine-like design, in the sense that everything was thought out and designed for a very small space. Their long, narrow shape required that the kitchens be located in the basement. These restaurants were the cornerstones for the creation of a destination, for giving life to the space. 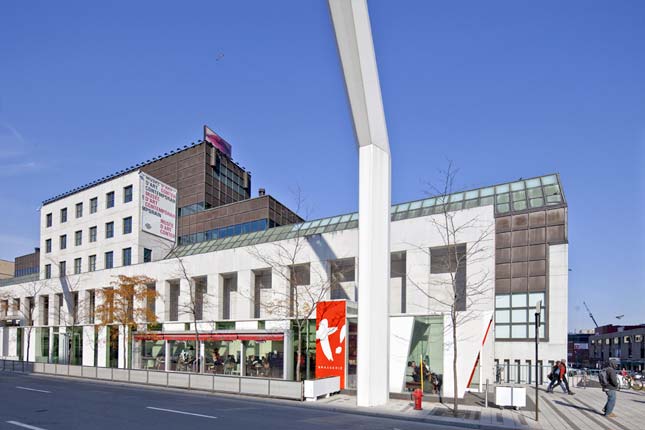 How do you see Quartier des Spectacles today?

I compare the work we did to a transplant. As in an organ transplant, rejection was possible. But here, the transplant worked. People started using these new public spaces, whether it is the crowd now gathered around the 21 Balançoires installation or the crowds we see around the fountains in Place des Festivals on a warm summer night.

Large events now take place in a large outdoor theatre that gives producers exceptional facilities, which in turn leads to a better experience for festivalgoers.

We are also delighted that public space became a catalyst for nearby development: many development projects have been completed since, and there’s a tangible sense of excitement in the Quartier.

I am also convinced that we made the right choices, particularly for the lighting megastructures. These large standards create a virtual vault and, in my view, are signature elements for the Quartier. 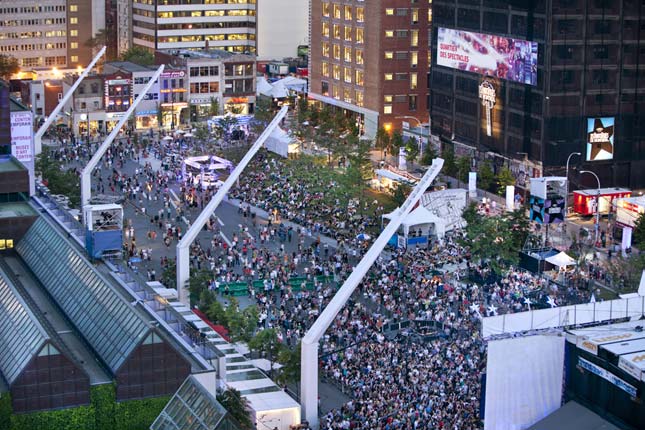 The megastructures generated a great deal of reaction...

True, some people like them and others don’t. What matters to me is that they’re talked about. When you’re working at the city scale, a lot of people are involved in every project. The important thing is that the creator be able to hear them, but also to generate an idea and see it through. Unanimity is impossible. I’ll use an analogy to explain that idea: let’s say we decide that the colour for project X is going to be red. But some people would prefer yellow, blue or orange. Putting all their preferences together, you get brown – which won’t please anyone. That’s why the creator must ultimately serve their idea and provide leadership.

How do you envision the future Clark Esplanade?

The Esplanade will be a large public space that complements Place des Festivals. As part of the redevelopment, it is proposed that a skating rink with service building be built. The development is subject to a planning process, and the date for groundbreaking has not yet been set.

Place des Festivals and its megastructures, which are now part of our collective consciousness.