Laurent Goumarre produces and hosts the RenDez-Vous show, on France Culture radio. From February 21 to 25, Goumarre and his team set up shop in the Espace culturel Georges-Émile-Lapalme at Place des Arts in Montreal, where they did their show live. We caught up with him to find out what he thought about the Quartier des spectacles.

Texts and photos by Marie-Ève Rochon 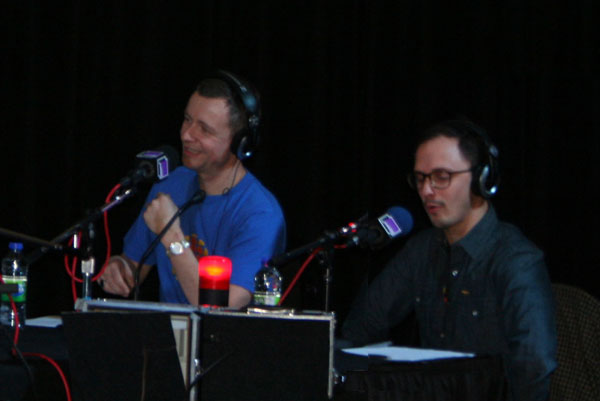 Had you ever been to Montreal before?

I came here 10 years ago for a superb dance festival curated by Chantal Pontbriand. I saw Quebec productions, and international ones too: Marie Chouinard, Baryshnikov [a Soviet-born Russian American dancer and choreographer].

What did you think of the Quartier des spectacles?

The cultural atmosphere here is just explosive! I haven't seen that for a long time, a city where there's a whole neighbourhood that's under construction. You really get the impression that something is emerging in the Quartier des spectacles to display all of Montreal's cultural diversity. And then you have two festivals happening at once this week [the Rendez-vous du cinéma québécois and the Montreal High Lights Festival]. We showed up at a moment where there was as much culture as possible on offer.

Why did you decide to come here to do your show?

We had thought of coming later, in June, because I know that there are a lot of festivals. But we asked ourselves if something happens in Montreal during the cold part of the year? And we found out that culture doesn't hibernate for the winter. 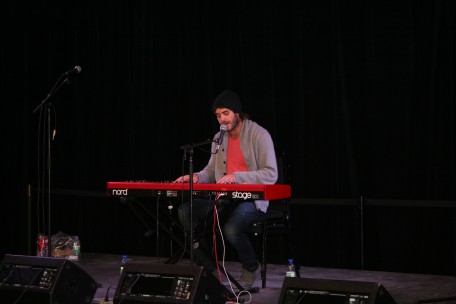 How is it different than Paris?

Sooner or later, every major artistic event comes through Paris. I'm not sure if that's the case in Montreal right now. Still, there's already an international scene here, you only have to see what's going on during the Montreal High Lights Festival. But I think that all the work being done here on all these cultural and artistic sites will enhance that international dimension.

Do you have any cultural favorites in Montreal?

I thought the Anri Sala exhibit at the Musée d'art contemporain was excellent. I also like the galleries in the Belgo a lot. I'm a fan of contemporary art, so I'm happy to see what's out there. I haven't been to the Fine Arts Museum yet, but I'm definitely planning on it.

[Immediately] On an international level, it's the circus, for sure! There's also a whole dance scene here that's quite significant. Marie Chouinard, for sure, but also Benoît Lachambre and Dave St-Pierre, they're important people here and on the international stage. I don't know if Quebec people are aware just how well-known these figures are in Europe.

The latest medium that's really taken hold is film. Xavier Dolan is one of my favorite filmmakers right now. I also like the films of Stéphane Lafleur and Ricardo Trogi. The Quebec cinema that we're seeing today is the best ambassador of Quebec culture.

You can listen to the RenDez-Vous broadcasts recorded in Montreal from February 21 to 25 at www.franceculture.com.