Four ways to have an enchanting Holiday season 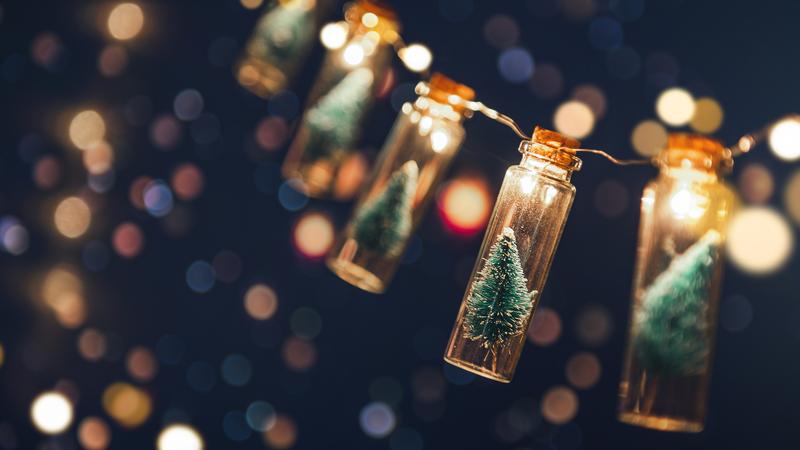 As we wait for the first real snowfall, the Holiday season is already alive and well in the Quartier des Spectacles and downtown Montreal – the perfect place to find Christmas magic. From now until the end of the year, the public will be enchanted by a wealth of shows and activities for the whole family. Whatever your preferences and desires, you’ll find just the right ambiance and festive activities for you.

Go for a walk in a magical setting

Sainte-Catherine St. W. is more than the country’s longest commercial artery, it’s also the place to soak up the Holiday spirit. It will be decked out in festive decorations and, from November 20 to December 18, visitors will enjoy spontaneous winter activities organized by Montréal centre-ville. The traditional Santa Claus Parade won’t happen this year, but there’s a rumour going around that you might still get to meet Santa…

Also on November 20, Montreal’s Great Christmas Market will open with a host of cultural, festive and culinary activities for the whole family. Making its return after a multi-year hiatus, the event will beautify Sainte-Catherine between Balmoral and Saint-Laurent with 30 cabins showcasing the work of local and regional artisans. It’s the perfect spot for your seasonal shopping while indulging in some delicious treats, washed down with hot mulled wine!

The street’s already enchanting look will be taken to the next level starting November 24 with L'Odyssée, là où les contes et légendes prennent vie presented by XP_MTL, which will dot the street with fun outsized installations and giant nutcrackers that will spark imaginations of all ages.

The Noël dans le Parc Festival, on Thursdays through Sundays from December 3 to 23 in Place Émilie-Gamelin, will feature live music by talented local artists, exploring a variety of themes. There’s no better place to see and hear Guylaine Tanguay, Alaclair Ensemble, Ariane Roy, Radio Radio... and at the same time to get your Christmas Tree!

Get outside, breathe, and be amazed by the lights

Sainte-Catherine isn’t the only special downtown street this season: McGill College Ave. and Sherbrooke St. are also in on the action with hundreds of winter lights stretching for a total of eight kilometres. Among other things visitors will find a glittering urban forest and an open-air art gallery!

From November 18 to January 9, head to the parvis of St. James United Church to see the latest creation by Alexis Laurence and Francis Laporte of Perséides studio, Les Diamants. The interactive work comprises three rotating sculptures that glitter in the sunshine and light up brightly at night, accompanied by an original soundtrack by Stefie Shock.

Montreal’s signature winter event, Luminothérapie, is back for its 12th edition, starting December 2. The famous luminous walk gives the Quartier des Spectacles a joyful, festive air. This year’s edition includes some fun new interactive installations as well as old favourites like Impulse and Entre les rangs. It all adds up to an amazing celebration of winter!

Feel the Holiday magic with the whole family

The Nutcracker’s famous melodies have been part of year-end rituals since their creation, and continue to captivate kids and adults alike. On December 5 at the Gesù, the Bach Before Bedtime event revisits Tchaikovsky’s classic and presents an introduction to classical music, as part of an interactive concert especially for children.

To fully appreciate the wondrous side of The Nutcracker, Les Grands Ballets Canadiens will give full performances of the piece from December 9 to 28. Presented in a double bill with Le voyage de Clara, the program will be preceded by Cadeau enchanté, a delightful tale set to music by Heitor Villa-Lobos, featuring characters from a number of different ballets, including Harlequinade and Puss in Boots.

On December 18, it’s time for Christmas storytime at the BAnQ. Children will discover, online, the most beautiful books from the Grande Bibliothèque’s Espace Jeunes. Note that these great children’s stories will be read in French and Québécois sign language.

Very young children who are wondering about the real nature of Santa Claus will enjoy Nicolas Noël – Les livres des enfants du monde, on December 29 and 30 at Théâtre Jean-Duceppe in Place des Arts. Santa will take the stage to sing and tell stories – and answer all the children’s questions about him.

Celebrate the Holidays with music

So much Christmas magic comes from music! Get into a gospel groove with the Noël Gospel presented by the Imani Gospel Singers at Le Balcon on December 22. In a luxurious festive atmosphere, enjoy a fine Christmas dinner will soaking up the dynamic and inspiring sounds of this excellent Montreal choir.

For a quarter century, Québec Issime has been known for its majestic productions, and now they’re back with a new work: 12 voix, un piano, from December 9 to 19 at Théâtre Maisonneuve in Place des Arts. Two generations of musicians will perform a selection of the best pieces from the production company’s extensive repertoire.

The very embodiment of the Holiday spirit, La poste du paradis, the symphonic Christmas story directed by René Richard Cyr and starring Fred Pellerin, Kent Nagano and the OSM, will be presented at Place des Arts from December 15 to 18. The audience will be transported to Saint-Élie-de-Caxton, where Madame Alice Lavergne, who runs the town’s first post office, forges a close bond with the local residents.

The Temps fort choir presents, on December 19 at the Bon Pasteur Historic Chapel, a show called Noël lyrique. Led by musical director Pascal Germain-Berardi, the choir’s 16 singers will interpret the gospels of William Dawson and melodies by Francis Poulenc, giving an ethereal, mythical twist to the Holiday season.