The circus comes to the Quartier des spectacles 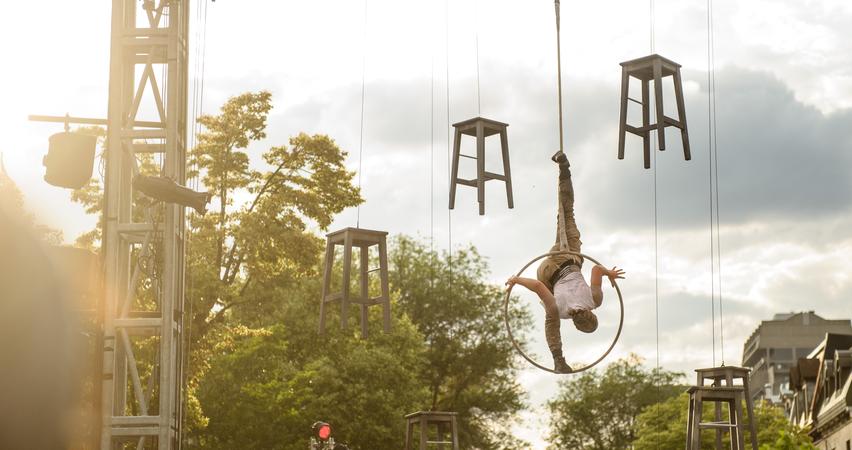 Montréal is about to enter a whole new colourful dimension with the MONTRÉAL COMPLÈTEMENT CIRQUE festival. From July 8 to 18, the 12th edition of this upbeat free event will have lots of surprises in store for festival-goers in the Quartier Latin. This year, in conjunction with the Cinémathèque québécoise, it’s expanding its offerings with a film component that promises to dazzle spectators. Here’s a quick look at the activities planned for the Quartier des spectacles!

Step into another world 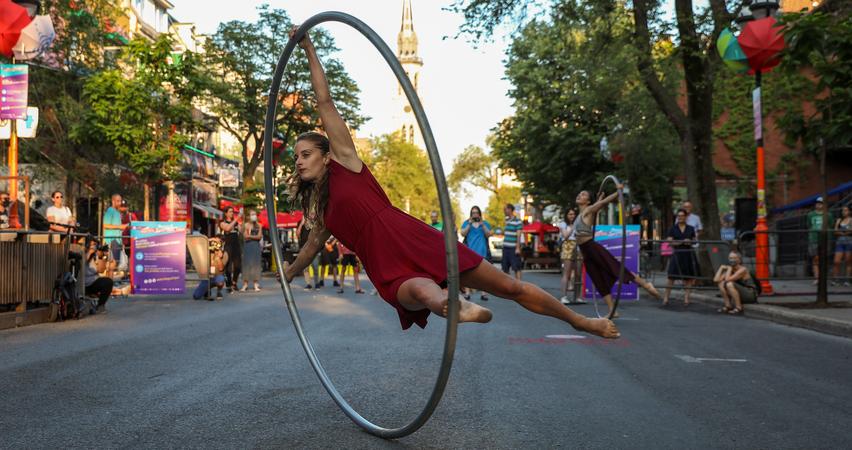 Every day starting at 5:30 p.m., the stretch of Saint-Denis St. between De Maisonneuve and Ontario will undergo a stunning transformation thanks to the immersive environment created by Sarah Beauséjour and Véronique Bertrand. Especially refurbished for the occasion and decked out in circus-styled urban furniture, Montreal’s beloved street will have visitors believing they are on a road to an enchanted world somewhere between dream and reality, inhabited by fascinating and highly talented circus performers.

As dusk falls, Saint-Denis Street will come to life with street performances featuring a blend of dance, music and circus arts. Contributing to the ambience will be a band that seems to come straight out of a Fellini film, a group of musicians and acrobats from Guinea, and an Inuit circus troupe. It’s all rounded out by pop-up performances that will spring up here and there to the audiences’ delight!

Circus with nothing to hide!

This year, for the first time, the windows of three Saint-Denis St. restaurants will be taken over by performing artists. Every day, they will transform these spaces into their very own circus rings or cabinets of curiosities, injecting their own style and personality and displaying their finely honed skills to inspire and entertain passers-by. 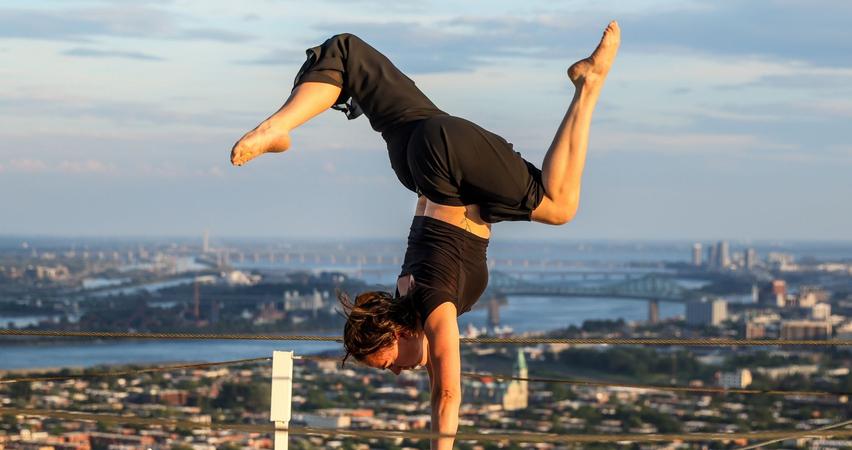 The festival is also breaking new ground this year by including a digital component that’s all about competition. The series of LES CANONS DU CIRQUE: DUELS IN THE CITY videos takes its cues from the artistic “battles” of hip-hop culture and puts exciting acrobat-vs.-acrobat duels front and centre. Conceived and directed by Sarah Beauséjour and produced by Kiril Shmidov, this event highlights not only the talents of the contenders, but also the beauty of our city. To give just a few examples, audiences will be treated to a balancing act on the top of the Olympic stadium and a hand-to-hand act set against the backdrop of Lafontaine Park! The winners will be chosen by the audiences, with the results unveiled at the festival’s close. 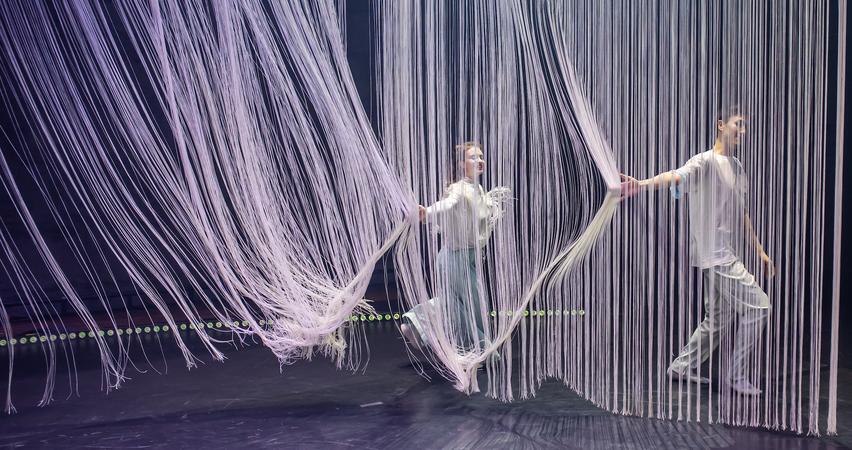 For the first time in its history, MONTRÉAL COMPLÈTEMENT CIRQUE will present a selection of films depicting a brand new way to showcase the living arts. The new project is a brainchild of Naël Jammal and runs from July 15 to 17 at the Cinémathèque québécoise. The three separate programs with their variety of short and medium-length films will give movie buffs and circus fans a wonderful opportunity to get their first taste of a promising new genre, “circus film.” The first program, presented on July 15 and 16, features the lyrical, apocalyptic film En panne from the circus troupe Les 7 doigts, directed by Gypsy Snider and Isabelle Chassé. Shelly Love’s film, The Forgotten Circus, will be one of the works screened during the second program, on July 15 and 17. Last but not least, on July 16 and 17, the third program will show an excerpt from a work that is part documentary and part art film, Sept moments de joie, a Cirque Éloize film directed by Lilli Marcotte.

On July 10 and 11, why not take advantage of a stroll through the Quartier des spectacles to enjoy our 100% circus weekend as part of Les aventures du cœur de l’île. Discover a wide range of multidisciplinary artistic performances while making the most of the summer in one of the many welcoming oases brought to you by Quebec designers.