Movies and more movies in the Quartier! 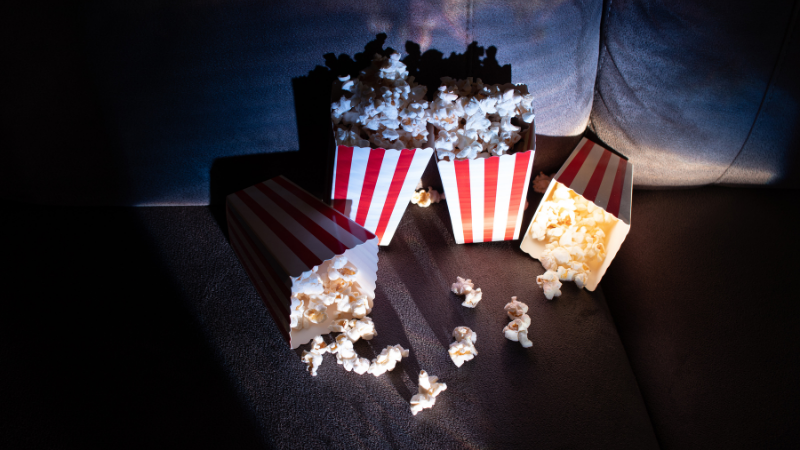 Fall has always been film season in the Quartier, and it still is – this year your favourite festivals are adapting to circumstances by moving most of their activities online to satisfy all your cinematic cravings. From genre films to serious fiction and documentary, these beloved fall events are on a mission to prove that the pandemic can’t take our movies away. Here’s a quick look at what’s going on.

I+N HORREUR: because sometimes it's scary being queer
By the IMAGE + NATION Festival
October 29 to November 1
Online

The SPASM Festival is a true institution for horror fans, and this year will be no exception thanks to a free online line-up! Head to the festival’s Facebook page to watch a selection of the world’s best genre shorts from the event’s archives. Horror, sci-fi, oddities and fantasies: there’s something for every taste – and distaste! – this Halloween weekend.

Known as a springboard for local and international talent, the FNC’s 49th edition presents an all-online program with a special focus on artists from Quebec. Shorts, features, animation, virtual reality experiences: there’s a wealth of great viewing to choose from. Don’t miss Olivier Godin’s new comedy Il n’y a pas de faux métier, in which Florence Blain Mbaye plays an actress on the run. Another highlight: Saint-Narcisse, the latest from Bruce LaBruce, a tale set in 1970s Quebec.

Festival Cinemania
November 4 to 22
Online and in theatres

For its 26th edition, this festival dedicated to the world’s best French-language films will present a hybrid program. You won’t want to miss Aline by Valérie Lemercier, inspired by the life of Céline Dion, opening the fest on Thursday, November 5. There’s also a pre-opening event on Wednesday, November 4, at the Impérial: the premiere of La nuit des rois, a France-Canada-Côte d’Ivoire co-production directed by Philippe Lacôte, set in an overcrowded prison in Abidjan. Also noteworthy is La Face Cachée du Baklava, a comedy by Maryanne Zéhil that paints a sweet, funny portrait of Montreal’s Lebanese community.

The 23rd edition of this essential annual celebration of documentary art in all its forms will present an excellent selection of films exploring our world at every scale, from the intensely personal to the big issues that affect everyone. Check out No Ordinary Man, by Aisling Chin-Yee and Chase Joynt, the story of jazzman Billy Tipton, who lived as a trans man throughout his career. We can’t wait to see the new documentary by Dieudo Hamadi, En route vers le milliard, which follows a group of survivors of the Congo’s Six-Day War on a quest for justice. Closer to home, Michelle Latimer’s adaptation of Thomas King’s essay The Inconvenient Indian shines a light on the history of Indigenous peoples and their ongoing resistance to colonialism – a not-to-be-missed film.

Taking the opportunity offered by an all-new platform, Canada’s oldest LGBTQ+ film festival will present more films than ever, showcasing the community’s increasingly diverse voices and perspectives. The program includes plenty of international works, both fiction and documentary. Don’t miss the German feature film Cocoon by Leonie Krippendorff, a coming-of-age story about a teenage girl starring Lena Urzendowsky. Another gripping German film is Futur Drei, a semi-autobiographical drama directed by promising newcomer Faraz Shariat. Last but not least, Canadian filmmaker Sarah Fodey’s Sex, Sin & 69 is an essential exploration of the significance of the events of 1969 for the LGBTQ+ movement.