MONTREAL IS STILL MADLY IN LOVE WITH JAZZ 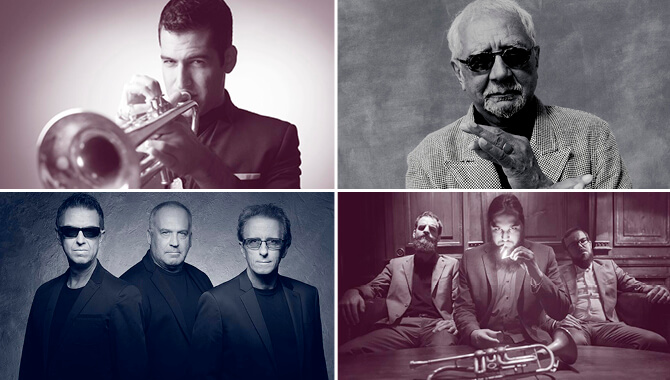 It may be the world’s biggest event of its kind, but more importantly the Festival international de Jazz de Montréal has always been about the love of music. Year after year, the jazz fest brings in top-notch musicians from around the world, to the delight of Montreal’s countless passionate fans.

With the city celebrating its 375th anniversary and Canada its 150th, this year’s festival promises to be a party for the ages, with extra-special evenings and an exciting, dynamic line-up of indoor and outdoor shows.

We spoke with programmer Maurin Auxemery to find out more about the many surprises in store at the 38th annual jazz fest, from June 28 to July 8 in the Quartier des Spectacles. 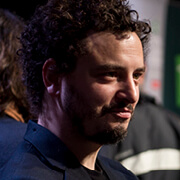 First off, what is the state of jazz, and does it have any effect on your programming choices?

It’s no secret that the music industry is in crisis, and for about 15 years we’ve unfortunately seen declining interest in jazz. And yet, plenty of young musicians are innovating and making jazz music with hip-hop, electronic and world influences. So, for the last 2 or 3 years we’ve shifted to a new programming strategy focused, above all, on new and interesting music. We’re aware of our responsibility to support the genre and help promote jazz in all its forms.

Some of this year’s big shows are going to be particularly danceable...

Definitely! The Festival’s four big outdoor events are intended to get people moving. On July 1, to celebrate Canada’s 150th anniversary, the Place des Festivals will become a giant open-air disco. Our vice-president of programming, Laurent Saulnier, came up with the idea of celebrating Canadian dance music in a big show with dancers, musicians and artists. DJ Champion and Alex McMahon are the musical directors for the show, Yann Perreau is the director, and artists like Men Without Hats, Muzion and Radio Radio will play their biggest hits. It’ll be a lot of fun!

The free concert on July 4 on the TD stage by Ontario’s Walk Off The Earth promises to be memorable. And then there’s the closing show with Anderson .Paak, a big urban music star. It’s going to be sensational!

Is there anything for fans of avant-garde jazz?

Of course! New York has been the centre of the jazz universe for a long time, but there are other hot spots, like the thriving London scene. So we had the idea of putting together the UK Marathon. On July 3 at the Monument-National, fans will be treated to the excellent pianist Gwilym Simcock and the group Phronesis. The evening continues at Club Soda with a young duo, Binker & Moses, and the return of the Portico Quartet.

Adventurous listeners should also head to the Club Jazz Casino de Montréal in Place SNC-Lavalin, located behind the Gesù chapel – an enclosed outdoor venue with great natural acoustics. Young musicians from Canada and elsewhere will perform there, including Sammy Miller & The Congregation on June 29, the Austrian trio Interzone on June 30 and the Itamar Borochov Quartet on July 7.

Lastly, what surprises does the Festival have in store for jazz purists?

Folks with more traditional tastes will love the double-bill with the great saxophonist Charles Lloyd and his excellent quartet, and the group HUDSON, founded in celebration of the 75th birthday of Jack DeJohnette (a legendary drummer who has played with Miles Davis, among others) and featuring Larry Grenadier, John Scofield and John Medeski, on June 30 at the Maison symphonique. At the same venue on July 4, Joshua Redman and friends will play pieces from their ambitious project, Still Dreaming, which salutes the work of the famous Old and New Dreams Quartet, formed by Ornette Coleman’s collaborators. And I’d have more to say about the return of UZEB on June 29, at Salle Wilfrid-Pelletier, if it weren’t already sold out!