Art is in full bloom at Montreal’s Digital Spring 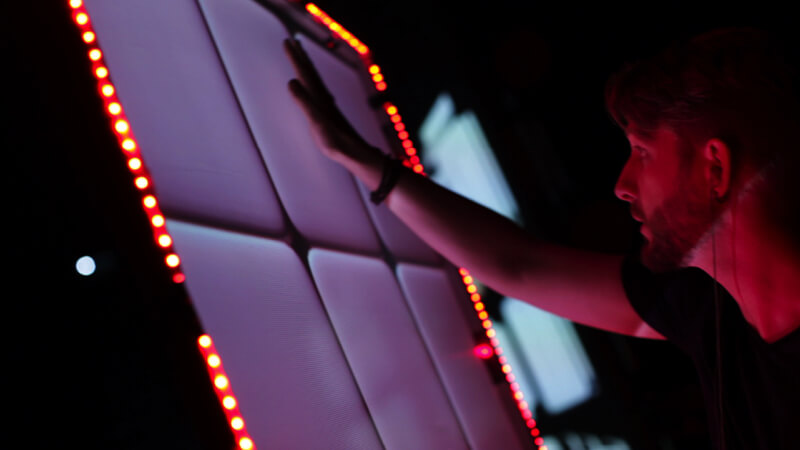 If you’re under the impression that the Digital Spring is a geeks-only affair, think again. The event is now in its third year, and it’s about much more than pure technology: it presents a vision of digital life in all its forms.

The event, which runs until June 21, features 150 activities and exhibitions, including many in the Quartier des Spectacles. There will be electronic music, video projections and interactive installations, visual performances, immersive spaces and gaming-related activities, proving that Montreal is well on its way to becoming the global capital of the digital arts.

Here are a few ways to enjoy this most creative of seasons.

Swinging on the Promenade des Artistes

They’re back! Much to the delight of Montrealers and tourists, the musical-collaboration installation 21 Balançoires returns for its sixth spring, confirming its status as one of Montreal’s signature attractions. Climb on and make some beautiful music!

Dancing at the Cinémathèque

French artist Boris Labbé is at the Cinémathèque with his audio-visual installation Danse macabre, which presents the happiest (joy, childhood, life) and most tragic (war, madness, death) aspects of the human experience. Set in a spherical environment, the work combines contemporary dance, animated cinema and electronic music.

Dreaming with Arthur H at the SAT

It isn’t news that the world of French artist and singer Arthur is a bizarre place, but if you need confirmation, check out Cauchemar merveilleux, presented in the Satosphère. In this poetic musical show, featuring colourful projections and 3D soundscapes, you will be immersed in the musician’s mystical punk poetry.

Welcome to the fourth dimension created by Catherine Béchard and Sabin Hudon. Through their sonic and kinetic sculptures, the artists explore the enigma of time in the aptly titled Oscillations du quotidien (“everyday oscillations”).

As well as being the capital of digital art, Montreal is well known for its video projections. The nine permanent projection sites in the Quartier des Spectacles will continue to host 9 x [MTL], which shows the city in a playful, colourful light. Meanwhile, on UQAM’s Président-Kennedy building, Irradier maps the immediate area’s ambient data, including electromagnetic frequencies and wind speed.

Admiring the power of water at the Goethe-Institut

In her video installation Two Days at the Falls, German artist Isabell Spengler focuses on an iconic natural wonder, Niagara Falls. Juxtaposing real and imaginary views of the Falls, the Berlin-based artist plays with notions of anticipation, space and time.

Singing at the Centre Pierre-Péladeau

Verlaine and Rimbaud, on a ghost ship trapped in ice. That’s the premise of L’autre hiver, a phantasmagorical opera, in which dreams and the unconscious intersect with reality. The artists behind Théâtre UBU, Denis Marleau and Stéphanie Jasmin, join forces with Normand Chaurette and Dominique Pawels for this work founded on captivating music and video. Presented as part of the FTA.

Playing with sound and light at the Gesù

Electronic instruments and laser frames are the building blocks of Video Phase’s hypnotic, immersive performance piece, Lumens. On the Gesù’s stage, music and images come to life as if in a musical, interactive video game.