Exhibitions for Every Taste 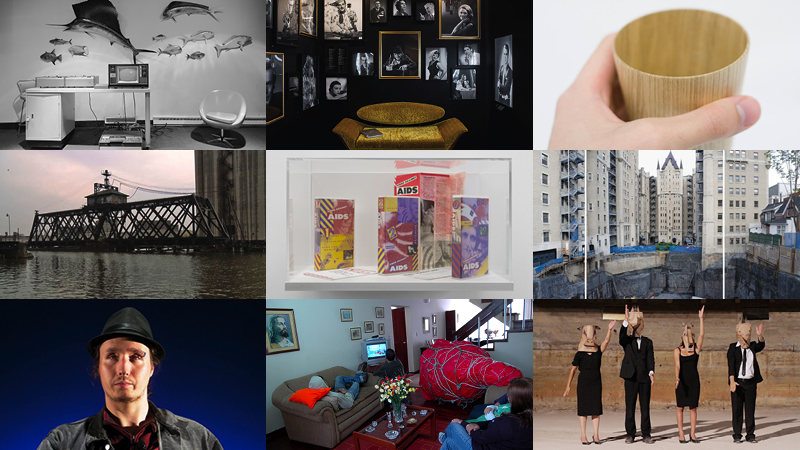 With 30 galleries open to the public, the Belgo Building is a goldmine for anyone who enjoys contemporary art. The early part of the year features a series of exhibitions by women artists, including photography by Lynne Cohen and Sylvie Readman at Galerie Laroche/Joncas (January 17 to February 28), paintings by Sarah Osborne, Blanche Louis Michaud and Amélie Riendeau at Galerie Lilian Rodriguez (January 10 to February 28) and the works of six Serbian artists at Galerie B-312 (January 16 to February 14).

In this superb space, an exhibition called L’objet japonais (until January 18) presents 100 ingenious design objects from Japan. After a break, the Centre will return on February 19 with an exhibition focused on Milan-based artist and designer Bruno Munari, a key member of Italy’s modernist movement whose prolific career began in the 1920s.

Come to the Grande Bibliothèque to discover or rediscover the portraits of artists taken by photographer Gabriel Desmarais from the 1940s to the 1980s with Gaby, maître du portrait (until August 15). You can also explore the world of one of Quebec’s literary greats with the immersive multimedia environment of L’univers de Michel Tremblay (until September 7); introduce the kids to philosophy with Penser! Une expérience philo (until March 9); enter the world of theatre director André Brassard with Échos (until October 25).

Two current exhibitions continue until February 21. Located in the 2-22 Building, this space re-opens on January 16. A show of conceptual photographs by Québécois visual artist Jean-Marie Delavalle, who has been relatively quiet in recent years, and an exhibition by an important figure in American film, James Benning, who presents his film/installation One Way Boogie Woogie 2012 and the thriller Stemple Pass.

Two shows are opening at the gallery this January: Le désordre des choses (January 9 to February 21) presents works on the theme of disobedience and disorder, and Transcender l’architecture (January 9 to February 14), in which Marie-Ève Martel examines the ways in which we construct and occupy space and the values expressed by places.

Until February 7, the ARTVstudio space hosts an exhibition in honour of the tenth anniversary of Stephan Bureau’s television show Les grandes entrevues. Next door, in the Place des Arts exhibition hall, Paramètres (January 10 to 17) showcases the work of students in visual and media arts at UQAM. Lastly, Orphée 21 (January 22 to February 14) will present testimonials by four survivors of suicide attempts.

The Artexte space, in the 2-22 building, is bringing back Changeover (January 28 to mid-March), an exhibition in which Jason Simon samples film and video distribution histories.

A portion of the Biennale de Montréal has been extended at the MAC, giving you until February 8 to see the works on display in the museum’s south-side galleries. Plus: the cinematic essay The Forgotten Space (January 21 to March 15), tracing the fate of shipping containers, will be screened at the museum in advance of a pair of upcoming shows: Metamorphology by Simon Starling and Pour la dernière et pour la première fois by Sophie Caille (February 5 to May 10).