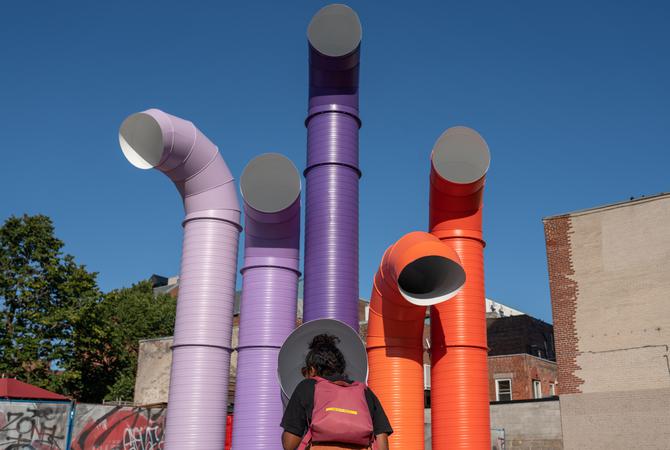 A work by Étienne Paquette

An interactive installation that borrows from sculpture and generative art, Wind Instrument creates soothing musical sounds from the ambient noise surrounding it. Made up of six steel ventilation tubes positioned vertically, like fanciful organ pipes, this 28-foot-high work produces compelling melodies by reacting to variations in ambient sound and the contributions of passersby. Lighting effects emphasize the device’s musical output. Wind Instrument also keeps a record of the sound levels it picks up, creating an archive that can serve to inform our thinking on noise in our cities.

Wind Instrument began with a reflection on the absurdity of seeking silence in spaces where noise is ubiquitous. But if we can’t silence the world, we can at least play with the sounds it generates. Here, the hum of the city becomes the driving force behind an installation that allows the public to harmoniously blend in with the sonic landscape.

“Humans are the noisiest animals on Earth. Wherever there are people, there’s noise. So the issue is not so much to seek silence but rather to know what we want to hear and have others hear. With Wind Instrument, I use urban sounds as an engine that drives the production of soothing music, to draw attention to the soundscape that constantly surrounds us and the possibilities that exist to creatively engage with it.” Étienne Paquette

• It consists of 6 steel aeration pipes up to 28 feet tall
• The work produces 5 notes on a pentatonic scale, with no semitones
• Wind Instrument retains a trace of the sound levels recorded.

Étienne Paquette takes audiences on fantastic journeys with large-scale, immersive installations that borrow elements from other art forms, such as sculpture. He is also a designer, director, screenwriter and artistic director in multimedia and museum exhibition. He has increasingly taken a transdisciplinary approach to his work, experimenting with narrative to create different ways for audiences to participate in stories, all the while guided by the principle that every work has its own space, materials, technologies, concerns and experiential qualities.

Over the years, Paquette has worked independently with organizations like the NFB, the McCord Stewart Museum, Musée national des beaux-arts du Québec, Space for Life and the Quartier des Spectacles. Notably, he is one of the creators of Beyond Ice (NFB/Canadian Museum of Nature, 2017), Light Bearers (Montreal Insectarium, 2015) and Megaphone (Moment Factory/NFB and QDS, Montreal, 2013). His work has been discussed in international magazines and scientific literature published by institutions such as the MIT Press, among others.

Paquette holds a Ph.D. in Communication from UQAM. In 2018, Wind Instrument won a Numix Award for in-situ interactive installations. 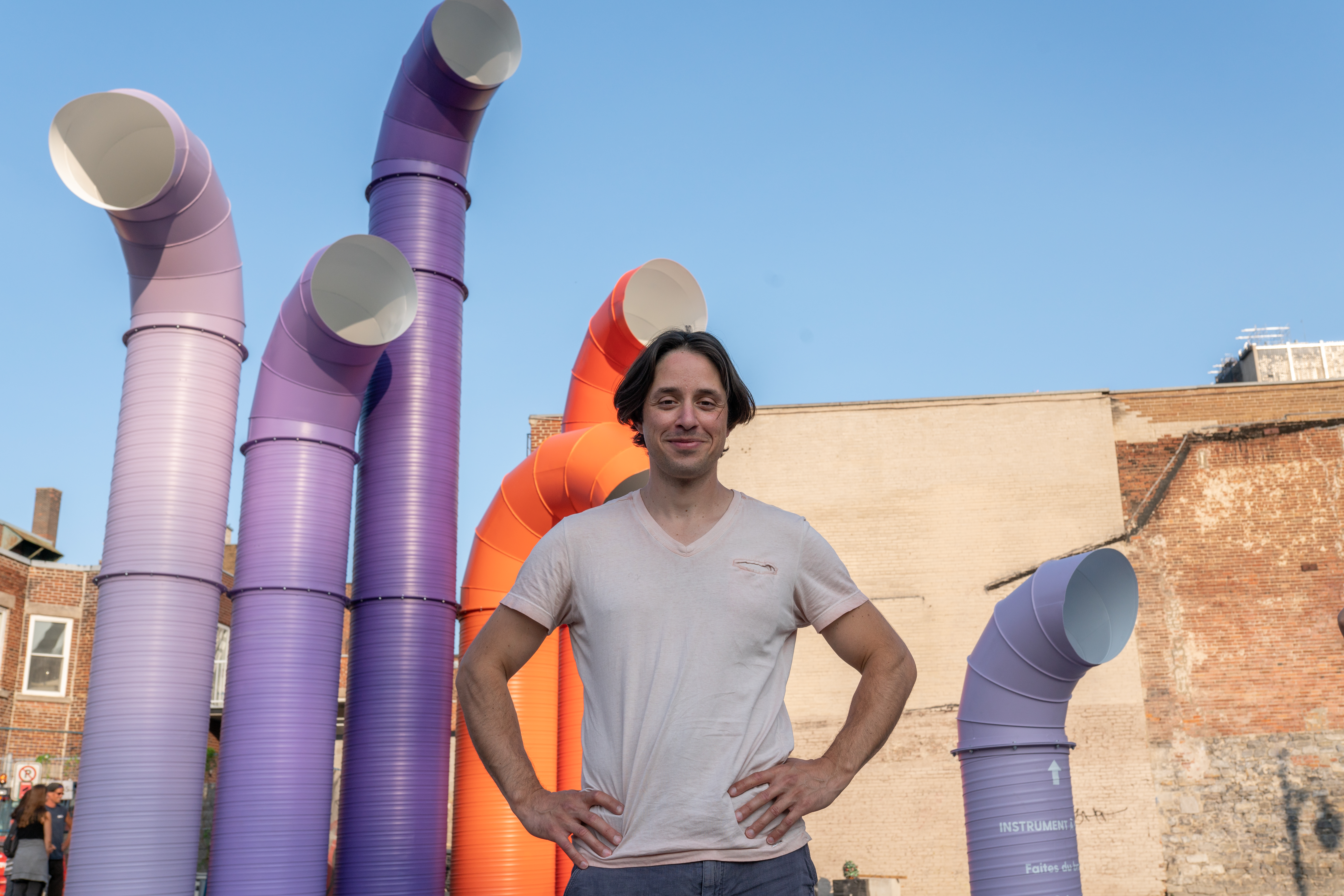