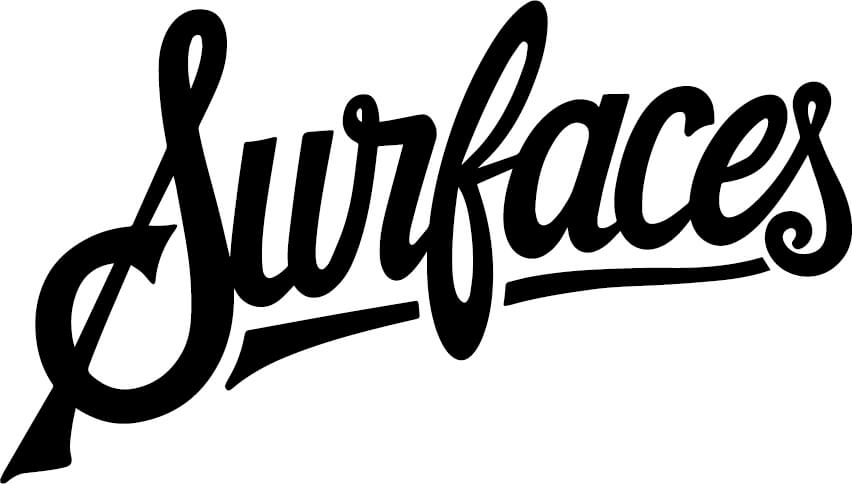 Montreal, August 7, 2018 – This summer, the Quartier des Spectacles is taking the pulse of Montreal’s street-art scene. Surfaces, l’expo d’art urbain, running from August 23 to October 28 on the Promenade des Artistes, presents a group of unique urban artworks – they type of art usually seen in back alleys or on the sides of buildings. The 14 pieces in Surfaces – all original creations for the exhibition – are the work of 16 Montreal-based artists and collectives who were invited to unleash their creativity for this downtown open-air exhibition. Surfaces is an initiative of the Quartier des Spectacles Partnership, produced in close collaboration with Montreal’s main street art associations: Ashop, Artgang, LNDMRK, MASSIVart, Mu and Under Pressure.

The exhibition highlights a wide range of distinctive talents who have chosen the city as their medium: 123KLAN, Axe Lalime, Cedar-Eve, Collectif Ashop (Ankh One et Monk.E), Garbage Beauty (Vincent Box and Romain Boz), Her, Labrona, Miss Me, Omen, Roadsworth, Shalak Attack, Stare, Zek One, Zilon and Zoltan Veevaete. Their creations will give the public the chance to appreciate the diversity of artistic approaches found in street art.

Surfaces, l’expo d’art urbain will be held on the Promenade des Artistes, a public space bounded by Jeanne-Mance, Saint-Urbain, Président-Kennedy and De Maisonneuve. The works will be presented on display stands of various sizes as well as on objects such as a car, cinderblocks and a shipping container. The 14 works also include a street-art projection created by Axe Lalime and Zoltan Veevaete in collaboration with the MTLight Collective; the projection will illuminate the UQAM’s pavillon Président-Kennedy every evening starting at dusk.

PUBLIC VERNISSAGE WITH THE ARTISTS
Everyone is invited to the official opening on Thursday, August 23 at 6 p.m. In addition to being the first to enjoy the works, visitors will have the unique opportunity to meet the artists and artistic partners involved in Surfaces, l’expo d’art urbain.

ABOUT ARTGANG
Artgang produces and distributes contemporary art and specializes in elite graffiti and other cutting-edge forms of urban art. Through its public art projects, gallery exhibitions, boutiques, limited-edition products and its artistic and community outreach activities, it showcases the work of world-renowned Montrealers and foreign artists.

ABOUT ASHOP
ASHOP is a Montreal-based production company and talent agency specializing in street art. Created through the hard work of the ASHOP artists’ collective, which has ensured the company’s success and growth for nearly 10 years, ASHOP has earned an international reputation. Its mission is to produce major public art projects and showcase the talents of its artists. ASHOP has its own creative studios and produces murals as well as custom artistic projects. It works can be seen around the globe, particularly in Montreal, Toronto, Miami, Los Angeles and Paris.

ABOUT LNDMRK
LNDMRK is specialized in the valorization via the arts, the diffusion of unique talents, and the creation of large-scale concepts. As the producer of the MURAL Festival in Montreal, LNDMRK has been a recipient twice of the Grand Prix du tourisme de Montréal.

ABOUT MU
MU is a charitable non-profit organization with a mission to beautify the city of Montreal by creating murals that are anchored in local communities since 2007. At the heart of its approach is the desire to see and experience art on a daily basis, to trigger a social transformation and turn Montreal into an open-air museum. Its mission is both artistic and social as the project involves creating murals within and for local communities. In French, the word “Mue” means rejuvenation through the shedding of an old skin. Similarly, the goal of the project is to embellish and bring new life to the faded, neglected walls and areas of the city, thereby triggering other social changes. MU has produced over one hundred (100) murals throughout 15 neighborhoods of the city, and over 300 community-youth murals.

ABOUT UNDER PRESSURE
Founded in Montreal in 1996 by graffiti writers Seaz and Flow, Under Pressure is the oldest festival of urban cultures still active in the world. Its principal mission is to encourage the implication of the community through urban culture, and thus contributing to the development and radiance of urban arts to a local and international scale. Entirely managed by a team of volunteers devoted to the Hip Hop culture, the Festival is since its beginnings in the image of New York City block parties from the 70s. The organizers, street artists, graffiti writers, djs, mcs and urban dancers have been getting together each year for the past 23 years and participating voluntarily to the event for the pure love of Hip Hop culture.