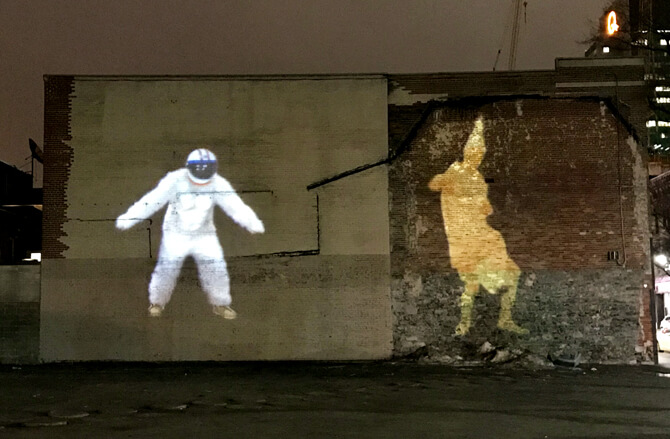 Montreal, April 5, 2018 – Just in time for springtime, the Quartier des Spectacles is pleased to welcome Space Monkey, a new architectural projection by New York’s Dawn Of Man creative studio. From today until May 31, get ready to meet the galaxy’s friendliest simian across the Quartier!

Since returning to Earth and having visited the USA and Australia, Space Monkey is coming to Montreal for the first time. With a stack of disco records and a crate of bananas, he is ready to take over the six architectural projection sites of the Quartier des Spectacles. Space Monkey has become a world- and galaxy-famous machine for getting people to dance. He’s eager to entertain and intrigue the neighbourhood’s residents and visitors! Also keep an eye out for his best friend, Banana Man, who sometimes joins in the fun!

Thursday to Saturday, from sunset to 1 a.m. 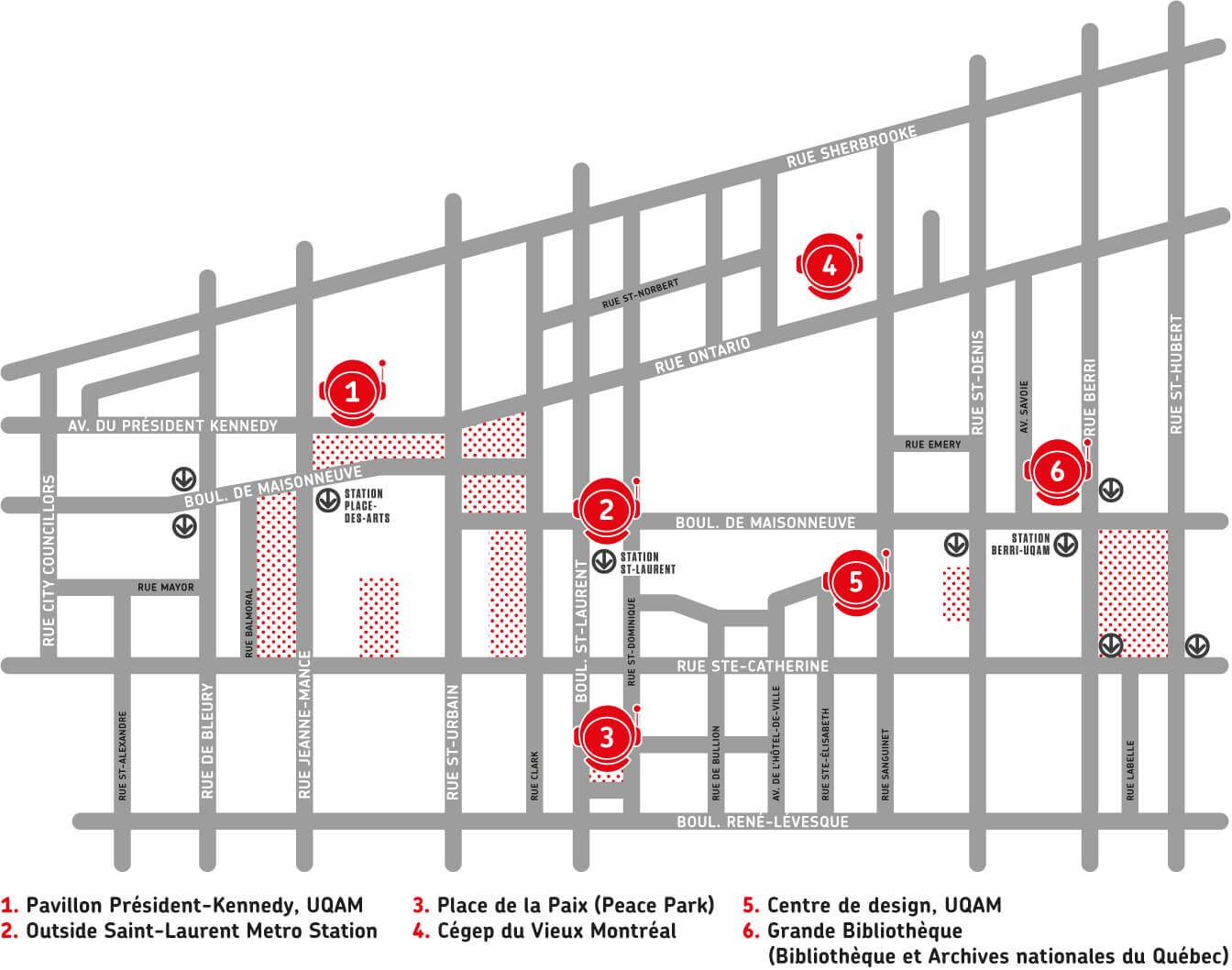 This astronaut monkey will add a touch of absurd humor in the Quartier. Space Monkey and his friend Banana Man are sure to grab people’s attention with their hilarious festive dances, in phase with the festive energy from springtime.

Space Monkey is presented by the Partenariat du Quartier des Spectacles and is a part of the MUTEK_IMG program. The projection was previously presented at the Adelaide (Australia) Festival of Arts, North by Northeast in Toronto and Detroit’s Dlectricity.

THE FUTURE OF DIGITAL IMAGERY IN URBAN SPACE

Alongside Space Monkey’s arrival in Montreal, and as part of the official Digital Spring program, MUTEK_IMG – the forum on current practices in digital art – will host a panel on digital art experimentation for public space, The discussion, presented in collaboration with Mapp_MTL and the Partenariat du Quartier des Spectacles, will take place on April 12 from 1 to 3 p.m. at the Phi Centre. Leading artists and curators from Montreal and elsewhere will present their work and discuss the creative, aesthetic, technological, political and social challenges of architectural projection and other uses of digital imagery in the city. Max Nova, a co-founder of the Dawn Of Man collective and professor of Live Video Performance Art at New York University (NYU) will be one of the panellists. The event is free and open to all, but reservations are required via MUTEK_IMG. 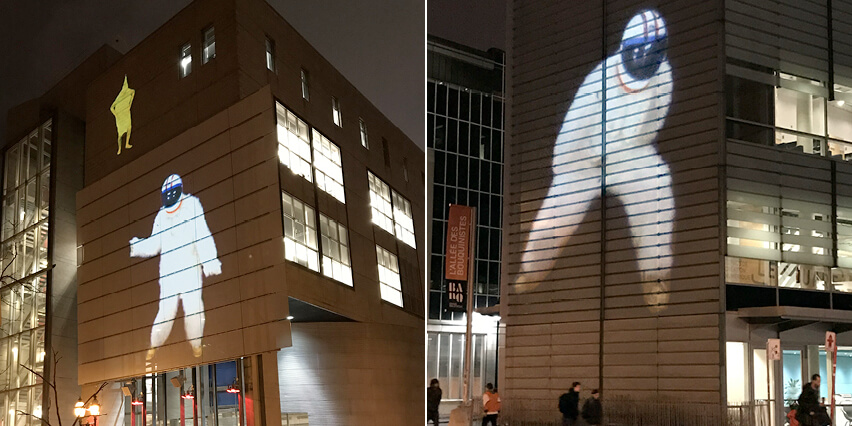 Dawn Of Man is a creative studio from New-York which produces works of new media, architectural projections, the cinema, artistic videos and audio productions.
The studio is the modern culmination of eons and eons of natural selection and adaptation, they create digital experiences for the dawn of a digital world.

Dawn Of Man has presented projection art at events and festivals around the world including at Art Basel in Miami, Heimtextil in Frankfurt, SXSW Austin, and the Westbeth Gallery in New York.