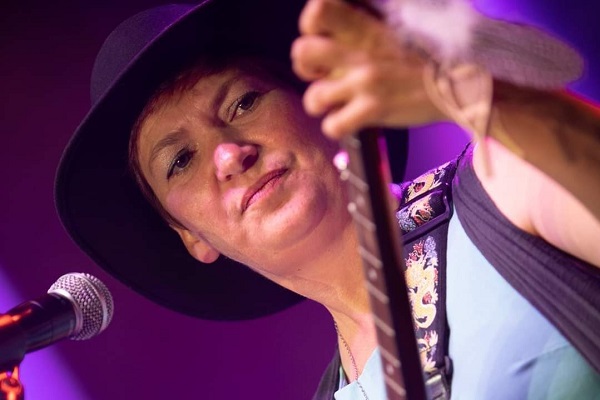 As part of Jardins Gamelin

Esther Pennell is a Mi’kmaq singer songwriter living in North Bay, Ontario. She is a solo performer accompanying herself on the banjo in a non-traditional style all her own. She has made a name for herself as an innovator in the Folk music circles in Northern Ontario and Montréal, Québec.

Esther is a prolific songwriter with 3 full-length albums of her original music released since 2016. Her latest album BIG DREAM, was released at the beginning of 2020, earning her a nomination for Country Album of the Year by the Summer Solstice Indigenous Music Awards in 2021.

Esther’s music is infused with lyrics that evoke deep emotion and a genuine understanding of what it means to be human. Her music connects with her heritage and a profound love of the natural world. Singing from the heart with a voice that is both haunting and full, she shares songs filled with honesty, emotion, feminine resilience, and a touch.