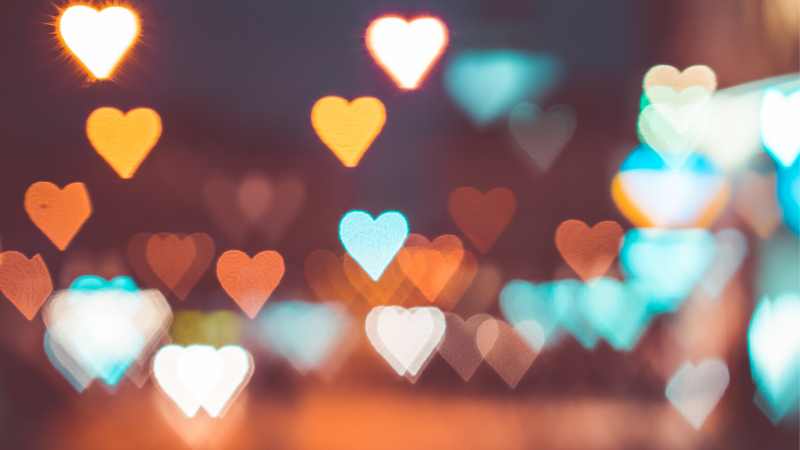 With February 14 just around the corner, some of us are filled with romantic anticipation, while others are fretting about not finding the perfect way to delight their squeeze…

Whether you’re on the romantic or the pragmatic end of the spectrum, whether you’re a traditionalist or looking for a new way to celebrate the day, you can be sure the Quartier des Spectacles has just the right activity for you.

Someone Like You - The Adele Songbook
February 13
Club Soda

Adele’s songs are the soundtrack to thousands of love stories, and if she isn’t there to sing them, you can’t do better than Katie Markham – she’s even earned praise from the original artist. Don’t miss the British singer’s take on the best of the albums 19, 21 and 25 as well as some of the songs that inspired Adele on the road to superstardom. A real tour de force!

Here’s a quintessential screwball comedy – the popular genre from the 1930s with stories centred around the battle of the sexes, wacky situations and budding romance. This film, directed by Howard Hawks, stars two of Hollywood’s biggest legends, Katharine Hepburn and Cary Grant. Here, they have to cope with a leopard named Baby, who’s not quite as tame as originally thought…

For those who love winter

Acclaimed choreographer and dancer José Navas is known for his solo pieces and performances, and for an approach focused on the essence of movement. Here he pays tribute to the beauty of nature with a graceful, poignant rendition of the 24 parts of the Winterreise (Winter Journey) composed by Franz Schubert to accompany 24 poems by Wilhelm Müller. A moving work that will give you chills while melting your heart!

Take time for a winter walk to enjoy colourful shows! The video projections Space Monkey and Vivre et archiver chaque page qui se tourne, now playing on the building façades of the Quartier, are strikingly original creations that will mesmerize you and give you something to talk about on your walk.

Laugh and dance with friends

On his most recent world tour, NEMR was cracking up audiences of up to 5,000 people. With his newest venture, The Future is Now, this Lebanese-American star and pioneer will continue to break down barriers while uniting comedy fans from all backgrounds.

Come in out of the cold into an irresistibly festive world! With “humidex” for a theme, electronic musicians Absurde, Softcoresoft, S. Chioini, Félix Félix Gourd Gourd and Render.Tex present a breathtaking immersive party. The torrid show is complemented by 360° projections, guaranteeing an unforgettable night.

Whether you want to learn improv, laugh at it, or do both, Sunday Night Improv is your ticket to fun. The city’s longest-running improv night features a free workshop from 4 to 6pm, followed by a 7pm show featuring the funniest people in the city, special guests, and even willing students on occasion!

The ideal night out for fans of Queen and rock musicals, We Will Rock is a futuristic tale of hope and fierce individuality. Our two heroes join forces with an outcast group, the Bohemians, to restore rock ‘n roll to a planet with no heart and no musical instruments. Based on Queen’s hit music catalogue.

For the Instruments of Happiness quartet, the electric guitar is the ultimate chamber music instrument for the 21st century. With two records to date and some successful tours behind them, it seems plenty of listeners agree. By giving their new production a digital treatment, their concerts become intimate, contemplative evenings, perfect for getting closer.

You can count on Danny Blanco to make your Valentine’s Day sweet and charming. The silky-voiced singer invites you for dinner and a show with his band, Prototype. Focusing on great soul tunes from the 50s through 70s, he’ll sing romantic gems by Nat King Cole, Ray Charles, Marvin Gaye, Luther Vandross and more, giving them an irresistible Latin-funk twist.