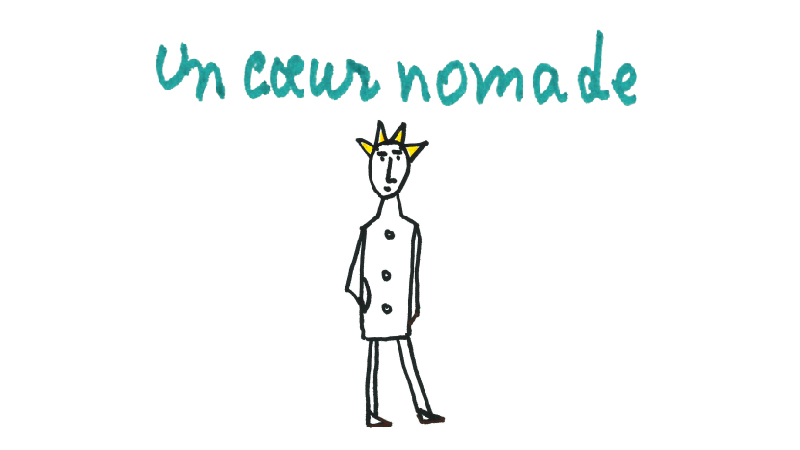 Montreal, June 16, 2020 – From August 20 to November 1 this year, the Quartier des Spectacles Partnership presents Un cœur nomade, a free exhibition that explores the life of author Dany Laferrière in words, images and sounds, in honour of the first 35 years of his literary career.

Presented on the Promenade des Artistes and comprising seven distinct panels, the exhibition uses the large display windows of UQAM’s Pavillon Président-Kennedy. It offers a charming and colourful immersion in the unique world of one of Quebec’s most beloved writers.

From his childhood in Petit-Goâve, Haiti, to his election to the Académie française, to Montreal where he has published all his books, Un cœur nomade invites visitors to immerse themselves in the world of this multi-talented, prolific, widely translated, multi-award-winning writer. The show tells the captivating story of a life shaped by a wondrous childhood, exile, women and hours spent reading in a pink bathtub.

Produced by and on the initiative of the Quartier des Spectacles Partnership as a celebration of the first 35 years of Laferrière’s literary career, Un cœur nomade is a perfect fit for the Partnership’s mission of animating the district’s public spaces, in the form of a gift to an artist who has helped put Montreal on the map worldwide.

Alongside the exhibition, the public will be able to enjoy Laferrière’s work and colourful world each evening thanks to a new video projection on UQAM’s Pavillon Président-Kennedy, L’Exil vaut le voyage, based on an original idea by Félix Dagenais. The animated short, created by Dagenais and Nicola Lemay and directed by Lemay, features key places and characters from Laferrière’s life and work, like mosaics of memories coming alive before our eyes. The Quartier des Spectacles Partnership called on the animation expertise of the National Film Board of Canada for the production.

L’Exil vaut le voyage
From August 20 to November 1, 2020
Façade of the Pavillon Président-Kennedy, UQAM
Thursday, Friday and Saturday, from nightfall to 11 p.m.

ABOUT THE NATIONAL FILM BOARD OF CANADA (NFB)

The National Film Board of Canada (NFB) produces groundbreaking animation at its studios in Montreal and at NFB centres across Canada, as well as via international co-productions with many of the world’s leading auteur animators. The NFB is a leader in developing new approaches to stereoscopic 3D animation and animated content for new platforms. The NFB has created over 13,000 productions and won over 7,000 awards, with NFB animation accounting for 7 of the NFB’s 12 Oscars, as well as 6 grand prizes at France’s Annecy International Animated Film Festival, 4 Palmes d’Or at the Cannes Film Festival and 2 Golden Bears at Berlinale. To access this award-winning content and discover the work of NFB animators, visit NFB.ca, download its apps for mobile devices or visit NFB Pause.