Montreal, August 20, 2020 – The Board of Directors of the Quartier des Spectacles Partnership and its chair, Monique Simard, are pleased to announce the appointment of Éric Lefebvre as the organization’s executive director. Mr. Lefebvre will assume his duties on August 31, 2020.

The recruitment process for this key position in Montreal’s cultural sector was overseen by the Optimum Talent firm and a hiring committee composed of members of the Partnership’s board (Nadine Marchand – Montréal complètement cirque, Marie-Josée Desrochers – Place des Arts) and prominent figures from the cultural sector (Stéphanie Moffat – Mo’fat Management inc, Ivan Filion – Ville de Montréal). The committee was unanimous in recommending Mr. Lefebvre for the position, noting his exceptional ability to understand issues, his clear vision for the organization – at once ambitious and realistic – and his professional maturity. 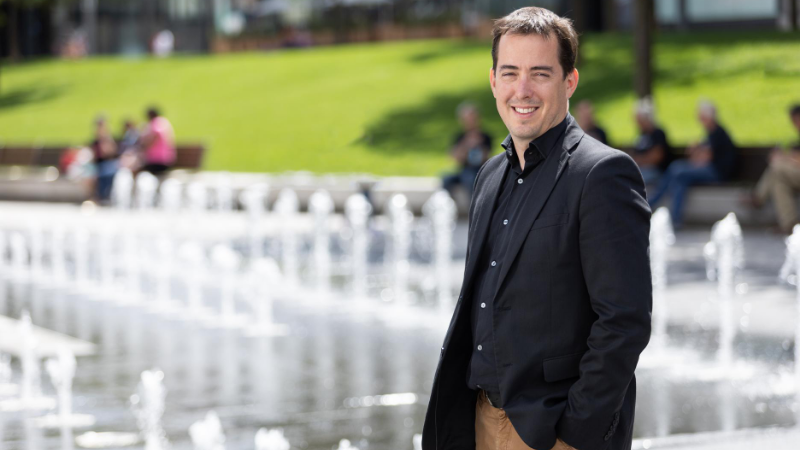 Éric Lefebvre has been the Partnership’s Director of Development since June 2013. During his seven years in that position, he took charge of numerous initiatives related to international development, business model diversification and shared processes, all with the aim of meeting the challenges of the digital revolution, including major data-sharing projects. He has implemented export and co-production strategies, and has been a key player in efforts to support performance venues. He has mobilized the partners and built strong ties with multiple communities, from business and the public sector to the cultural and digital industries. He is well known as an intrapreneur who turns sharing and mobilization into tools for innovation and economic development.

Mr. Lefebvre founded CHOQ-FM, UQAM’s first student radio station, in 2002. The initiative earned him the Government of Quebec’s Prix Claude-Masson for young volunteers. He went on to become the general manager of CIBL (2004-2013), where his projects included managing the radio station’s relocation. In 2018 he founded Synapse C, the hub for data in culture, and has been the organization’s executive director for the last two years. More recently, he played a key role in the summer relaunch initiative for downtown Montreal by bringing partners together and building a team to take on this major challenge.