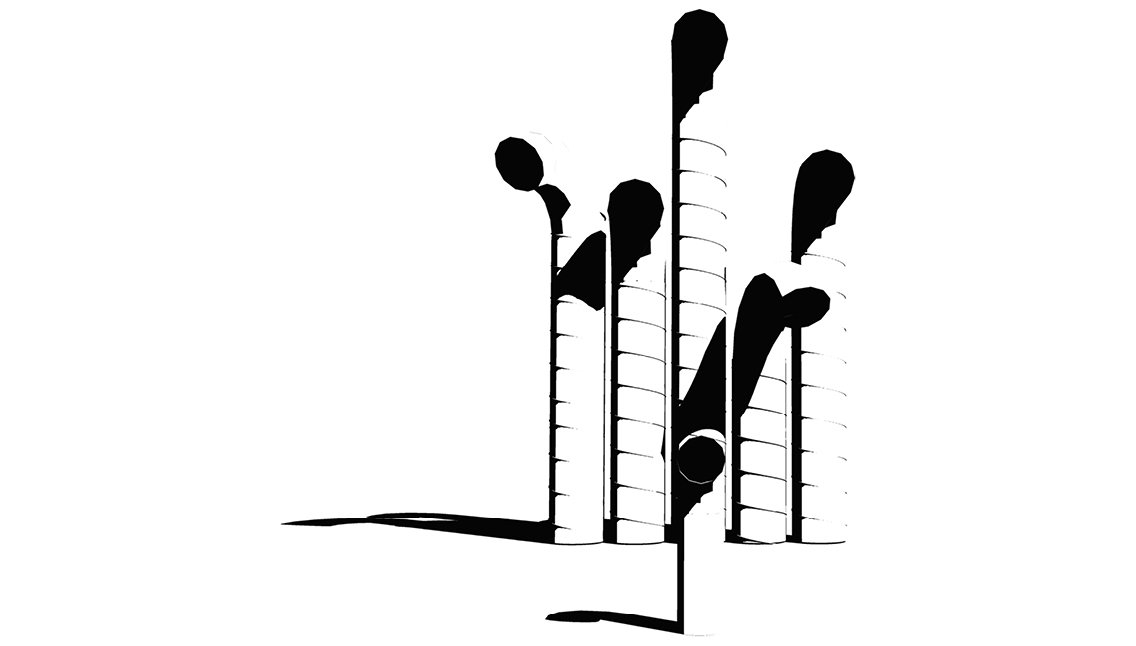 Montreal, August 8, 2018 – Wind Instrument, an interactive installation by Étienne Paquette, co-produced by the National Film Board of Canada (NFB), the Quartier des Spectacles Partnership and LA SERRE – arts vivants, will be on display from August 16 to October 8 in front of Saint-Laurent Metro station in downtown Montreal. This large-scale work (featuring six steel tubes with a maximum height of 28 feet) creates music by reacting to variations in ambient sound, while incorporating the contributions of passersby as well. The installation invites residents and visitors to lend an ear and feed into the sonic landscape that surrounds us. Wind Instrument is part of POSSIBLES, a high-profile creative project from LA SERRE – arts vivants that seeks to enrich our experience and vision of art and civic engagement in the city.

The city speaks to us constantly through the many sounds it makes, but how attentive are we to this background noise? Wind Instrument began with a reflection on the absurdity of seeking silence in spaces where noise is ubiquitous. But if we can’t silence our environment, we can at least play with its sounds. Wind Instrument analyzes the urban soundscape to create music through five vertical steel ventilation tubes, resembling fanciful organ pipes (the sixth tube is there to capture sounds). This structure uses harmonic frequencies and sound levels to produce soothing, captivating music in real time that’s accompanied by lighting effects. The installation will also be keeping a record of the different sound levels it picks up over the course of its life.

Passersby will find themselves captivated by the installation’s alluring whispers and murmurs, and perhaps even slightly unsettled by its massive size. This interactive work also invites those same passersby to help create music out of the city’s sounds, by speaking, singing, or simply making a noise into the pipes, at the feet of the structure. In this way, the installation allows users to play with a chord progression, offering a lyrical experience that raises questions about how we perceive the different noises that dominate our environment.

“The Quartier des spectacles Partnership would like to thank Étienne Paquette for his artistic contribution to the conversation about the city and its sounds. We’re proud to see creators find inspiration in public spaces like those in the Quartier to create original works that lead to reflection and dialogue among residents. We’re equally thrilled to be co-production partners for this bold installation with the National Film Board of Canada and LA SERRE – arts vivants. Both have demonstrated time and again that they’re partners of choice when it comes to designing new forms of storytelling that actively involve members of the public.”
– Pascale Daigle
Director of Programming, Quartier des spectacles Partnership

“Humans are the noisiest animals on Earth. Wherever there are people, there’s noise. So the issue is not so much to seek silence but rather to know what we want to hear and have others hear. With Wind Instrument, I use urban sounds as an engine that drives the production of soothing music, to draw attention to the soundscape that constantly surrounds us and the possibilities that exist to creatively engage with it.”
– Étienne Paquette
Creator of Wind Instrument

“Wind Instrument is not only the latest installment in our artistic partnership with creator Étienne Paquette, but also in our fruitful collaboration with the Quartier des spectacles Partnership, joined by LA SERRE – arts vivants. This participatory installation invites members of the public to experience and share the sounds of the city, and once again illustrates the commitment and contribution of artists when it comes to reflecting on issues that affect us collectively—such as the spaces we inhabit.”
– Hugues Sweeney
Executive Producer, Interactive Studio, National Film Board of Canada

“POSSIBLES was an extraordinary experience that brought together art and citizen engagement in a continuous dialogue with our city. We are happy to conclude the series with Wind Instrument, a huge project that kept us excited throughout 2017. Both spectacular and subtle, Wind Instrument interrogates the relationship between passersby and city noises in a playful and precise way. A huge thank you to Étienne Paquette, the National Film Board of Canada, and the Quartier des spectacles Partnership for having believed in this project and for helping us see Montreal in a new way.”
– Jasmine Catudal and Vincent de Repentigny
Co-directors, LA SERRE – arts vivants

Étienne Paquette
Étienne Paquette takes audiences on fantastic journeys with large-scale, immersive installations that borrow elements from other art forms, such as sculpture. He is also a designer, director, screenwriter and artistic director in multimedia and museum exhibition. He has increasingly taken a transdisciplinary approach to his work, experimenting with narrative to create different ways for audiences to participate in stories, all the while guided by the principle that every work has its own space, materials, technologies, concerns and experiential qualities. Over the years, Paquette has worked independently with organizations like the NFB, the McCord Stewart Museum, Musée national des beaux-arts du Québec, Space for Life and the Quartier des Spectacles. Notably, he is one of the creators of Beyond Ice (NFB/Canadian Museum of Nature, 2017), Light Bearers (Montreal Insectarium, 2015) and Megaphone (Moment Factory/NFB and QDS, Montreal, 2013). His work has been discussed in international magazines and scientific literature published by institutions such as the MIT Press, among others. Paquette holds a Ph.D. in Communication from UQAM.

About the NFB
The National Film Board of Canada (NFB) is one of the world’s leading digital content hubs, creating groundbreaking interactive documentaries and animation, mobile content, installations and participatory experiences. NFB interactive productions and digital platforms have won 100 awards, including 18 Webbys. To access acclaimed NFB content, visit NFB.ca or download its apps for mobile devices.

About LA SERRE – arts vivants
Because we believe that art is essential to bind the individual to his community, LA SERRE – art vivants is a creation platform that facilitates fruitful encounters and provides emerging artists with an environment that is conducive to the creation and dissemination of meaningful work.

LA SERRE is a structuring incubator for the improvement of the conditions under which emerging artists carry out their work in live arts. It accompanies them in the expansion of their work, from the creation process to encounters with the public. It helps artists develop their autonomy, organizational maturity and artistic independence. LA SERRE acts as an activator of collaborations between artists and local, national and international partners, as well as artists from various artistic disciplines and other areas. Artistically, LA SERRE favors projects that establish evocative links between art and society, and facilitate connections between different disciplinary fields and sectors. The mandate of LA SERRE comprises three axes of activities: Artists, Events and Ateliers. For more information: laserre.ca.

About POSSIBLES
POSSIBLES is a major artistic project that aims to enrich our vision and actions in the city through two avenues: art and civic engagement. POSSIBLES proposes to bring together a whole community of artists, thinkers and citizens in order to imagine inspiring utopias that could offer solutions to the challenges of our time. POSSIBLES positions art as a factor of change to face the new paradigms of our ever-changing world.

POSSIBLES has thrived throughout 2017 on the occasion of Montreal’s 375th anniversary. Citizen consultations identified 12 major themes related to sustainable development in the city. Once a month an artist or a collective, together with collaborators, interpreted one of the selected themes in their own way (theatre, visual arts, performance art, film) with the support of a creative partner.

The event La Nuit des POSSIBLES concluded 2017 with the legacy of a Manifesto and an experiential web platform. This platform now allow the public to discover new POSSIBLES from all around the world. For more information: possibles.ca