Montreal rings in the New Year with a lively city center 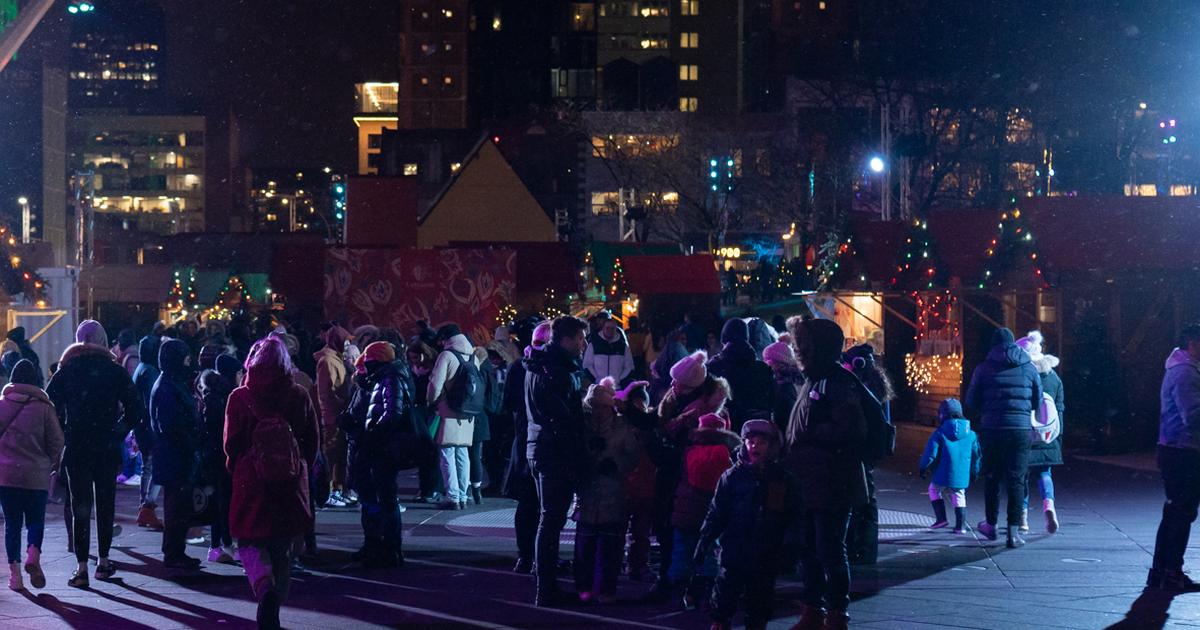 Montréal, December 15 2022 - Montréal centre-ville, Tourisme Montréal and the Quartier des Spectacles Partnership are happy to welcome a new kind of New Year's Eve celebrations at the Place des Festivals and throughout downtown. For the very first time, La Lutinerie de Montréal is contributing to a festive lineup of activities, free and open to all, meant to mark the occasion and welcome the new year to downtown Montreal.

With its beautifully illuminated public squares, interactive artistic itineraries, Luminothérapie, its refrigerated Esplanade Tranquille skating rink and its many neighbouring restaurants, North America's largest cultural district is the perfect place to gather and celebrate the passing of yet another year in a bright and welcoming setting.

The New Year's Eve celebration, organized by La Lutinerie and hosted at the Place des Festivals with the support of the Montréal centre-ville and Tourisme Montréal, will enrich downtown's abundant festive programming,

Visitors from here and elsewhere can expect musical performances and DJs, gourmet food and drink stations, and live entertainment in the Grand Marché de Noël's magical setting, which has already been in place since November 19th and has established itself as a festive staple for Montreal's holiday season. Both the Orangerie's main stage and the Factory stage will play host to eclectic programming from 7 p.m. until 1 a.m.

On the evening of December 31st, the Esplanade Tranquille skating rink and the Luminothérapie installations will be open and accessible until 1 a.m., as will many other indoor and outdoor activities throughout the Quartier des spectacles.

THE WINTER SEASON IS IN FULL SWING IN DOWNTOWN MONTREAL

These celebrations are part of the Moments lumineux du coeur de l'île campaign initiated by the Alliance for downtown Montreal's partners. This winter project brings together all of downtown's outdoor illumination and entertainment projects in order to provide a memorable winter experience for the thousands of visitors and Montrealers welcomed downtown.

The New Year's Eve celebrations will bookmark the end of the holiday season in the heart of the city, while the 70th Santa Claus parade kicked things off by bringing more than 400,000 people together on November 19th. As for the Moments lumineux du cœur de l'île's cultural activities, they'll continue all winter until March 5, 2023.

"It is with great excitement that we have decided to organize a New Year's celebration this year at the Place des Festivals, thus bringing the 2nd edition of the Grand Marché de Noël to a beautiful close. As usual, we hope for this event to be truly unifying, free and accessible so we can all jump into the new year together!"

"Downtown's festive atmosphere, with its illuminated itineraries, its world-renowned culinary offering, its boutiques, its Grand Marché de Noël and its skating rinks – including that of the Esplanade Tranquille – has everything you need to experience moments of true magic during the holiday season. That's why we're so happy to host New Year's Eve celebrations right in the heart of the city, at Place des Festivals"

"We are delighted with this complementary programming, which adds to the abundant existing cultural offer, contributes to the effervescence of the Quartier des spectacles during the winter period and fosters vitality downtown. On this special evening of the year, Montrealers, tourists and passerby visiting the heart of the metropolis will get to discover and experience the many facets of the Quartier."

"Tourisme Montréal is delighted that citizens and tourists alike will have access to this kind of programming, which will certainly attract thousands of festive souls to the heart of the Quartier des spectacles. Downtown Montreal is attractive, entertaining, safe, and open to everyone; this continues to be the destination's strength. The metropolis has its must-see attractions, and this big New Year's Eve party is a great new addition to the list!"