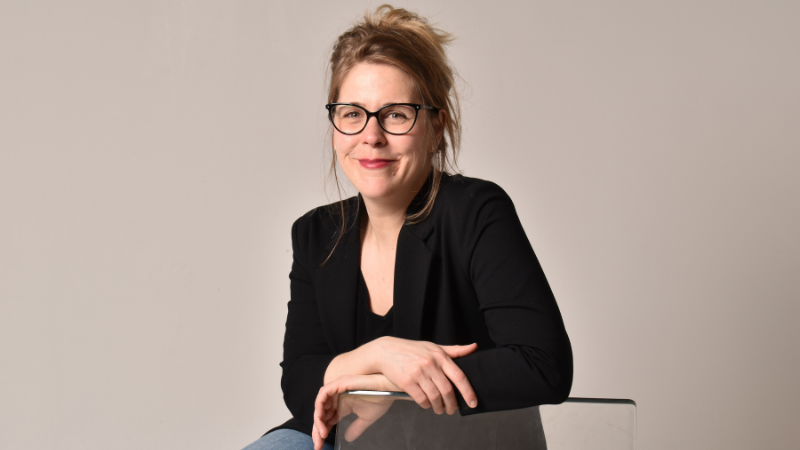 Montreal, February 18, 2021 – The Quartier des Spectacles Partnership is pleased to announce the appointment of Catherine Girard Lantagne as director of programming, a position she has held on an interim basis since last September. She will continue to oversee the planning, design and production of cultural programming presented by the Partnership throughout the Quartier des Spectacles.

“We are happy to be able to continue the productive collaboration with Catherine that began last summer, when she took on the challenge of building and managing the programming for the major downtown revitalization project (Relance centre-ville) starting in June 2020. In her ongoing leadership role, she will continue to bring her talent, versatility and determination to the Partnership’s programming activities. This appointment is emblematic of the continuing renewal of our management committee” said Éric Lefebvre, executive director of the Quartier des Spectacles Partnership.

Ms. Girard Lantagne is a graduate of UQAM who started her career in theatre, an experience that sparked an enduring passion for the culture and living arts scenes. She has worked in event production since 2002, from Festival Voix d’Amériques (FVA) to Juste pour rire, where she organized some of the festival’s landmark shows: Jean Leloup’s 25th anniversary, RBO in Place des Festivals,  Sugar Sammy and many more. During that time she also worked on the celebrations of Montreal’s 375th anniversary and was the programmer and artistic director of “À nous la rue !”, which still stands as the biggest international street art event held in the Americas. The “Place des Anges” show by the Gratte ciel company, in which tonnes of feathers were released over the audience, was one of many events in a powerful program packed with unforgettable moments. More recently, she has provided consulting services for a wide range of organizations, including the Conseil des arts de Montréal and Sid Lee. Among other roles, she was the executive producer of Rythmopolis, a major show that won the 2018 Opus award for musical event of the year.

The Quartier des Spectacles Partnership, founded in 2003, is a non-profit organization with more than 85 members active in the district. It is responsible for animating the Quartier des Spectacles by programming cultural activities, managing and animating public spaces, providing distinctive illumination and promoting the Quartier as a must-visit cultural destination. The Partnership is supported by the Ville de Montréal.