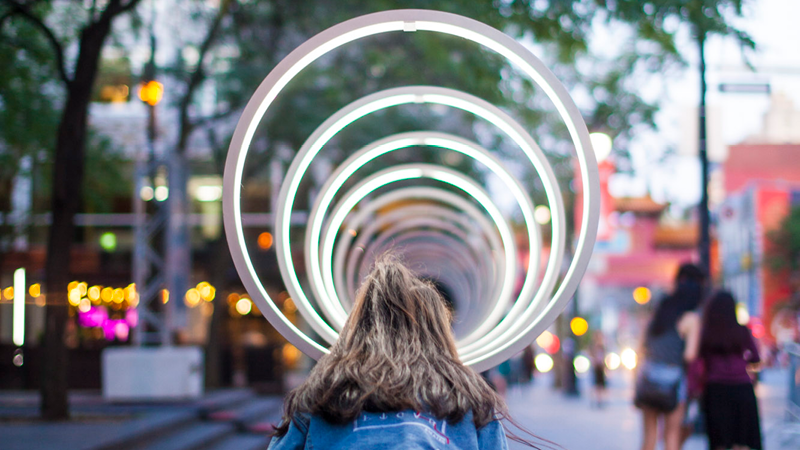 Montreal, June 19, 2020 – The Quartier des Spectacles Partnership is pleased to announce the composition of its board of directors for 2020-2021. The directors were elected at the annual general meeting on June 17, 2020, held online.

The Partnership’s board comprises 21 directors from the cultural, socio-economic (business, tourism, education) and community sectors. There are 14 directors elected at the annual general meeting, and 7 appointed by the board.

This year, seven directorships were open in three categories. Since a total of six members had stood for the seven openings, all were acclaimed. In the cultural-sector category, the vacancies were filled by: Manon Blanchette, Madeleine Careau, Amélie Duceppe and David Lavoie. From the community sectors, the Partnership once again welcomes Marie-Christine Therrien to the board. From the tourism and non-commercial institutions sector, Dany Gauthier of Groupe Immobilier Desjardins will return as a director.

The Partnership thanks all members of the board for their generous participation and extends special thanks to this annual general meeting’s outgoing directors: Nadine Marchand and Jean R. Dupré.

*Member of the executive committee


After five years of activities, Les Jardins Gamelin is established as a benchmark in the revitalization, re-adoption and animation of public spaces. It is a gathering place for residents and a space for peaceful coexistence based on inclusive values. The initiative’s success is largely owed to the collegial and collaborative spirit driving many of the stakeholders, including the borough of Ville-Marie, the Montreal police service, Sentier Urbain and the Société de développement social.

For 10 years, Luminothérapie has offered Montrealers an original winter activity each year. As Quebec’s largest competition for temporary public art installations, Luminothérapie has been a springboard for many Canadian and Québécois creators, who have developed new expertise through the use of light as a source of inspiration.

Over the course of the year, the Partnership continued working on measures aimed at improving noise abatement in the district, including 3D sonic modelling of public spaces and the installation of sound-level meters.

UQAM’s Saint-Jacques steeple is illuminated again, to mark the university’s 50th anniversary. The illumination of the historic structure by UDO Design is the result of a long and productive collaboration between UQAM and the Quartier’s Luminous Pathway.

The Partnership initiated co-production projects with cultural organizations in Europe and Quebec and sent delegations to three American cities in collaboration with the Délégations du Québec. Collectively, the initiatives aimed at promoting our local creators abroad were made possible by the support of Canadian Heritage’s Creative Export Canada program and the Programme Exportation (PEX) of Quebec’s Ministère de l’Économie et de l’innovation.

Lastly, the Partnership issued calls for proposals for works for public spaces. Among them is a research and creation residency, ART & AI, which includes a grant, for the creation of a prototype experience or art installation that makes use of artificial intelligence. The residency was organized in collaboration with the National Film Board of Canada (NFB), Element AI, Google and the Conseil des arts de Montréal (CAM).