8 festivals for your November calendar 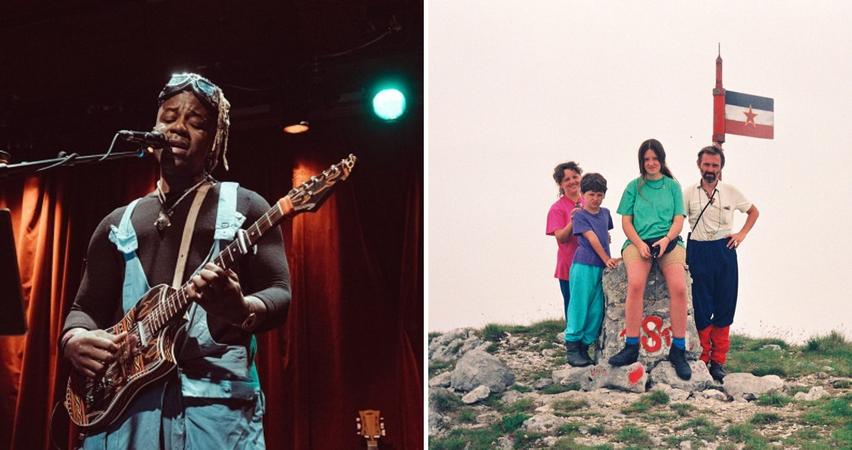 November has some great entertainment options for moviegoers and music lovers: 3 film festivals and 5 musical events will be rocking the halls of the Quartier des Spectacles!

Follow the guide to find out about some of the festivals you won't want to miss.

Each year, this event showcases Arab culture with a wide variety of activities, including concerts, films and lectures. This year’s edition, the festival’s 23rd, is no exception. On November 6 at Club Soda, a unique film-concert pays tribute to Lebanon, with pianist Rami Khalifé playing music to accompany images by filmmaker François Rousseau, resulting in a heartbreaking portrait. The festival’s closing show, Harem, will be presented on November 13 at Théâtre Maisonneuve in Place des Arts, bringing together dancers Ilhan Karabacak and Shahrokh Moshkin-Ghalam, singer Hela Melki and several talented musicians for an introspective and phantasmagorical journey.

The 28th edition of this excellent festival of French-language films continues until November 13, with Luxembourg as the featured country. On November 6 and 8 at Cinéma Impérial, catch the North American premiere of En roue libre (Freestyle) by French director Didier Barcelo, a hilarious road movie starring Marina Foïs and Benjamin Voisin. Head to the Cinémathèque québécoise on November 5 for a screening of L’invitation, a poetic film about friendship and Mauritania. The film was supposed to be co-directed by Abderrahmane Sissako (Mauritania) and Pol Cruchten (Luxembourg), but in the wake of Cruchten’s untimely passing cinematographer Fabrizio Maltese stepped in to help complete it. Throughout the festival, the Wilder Building | Espace danse will be lit up with the colours of Luxembourg in the form of a video projection called La tête dans les nuages, created by a Montreal company, Lucion.

Since its inception in Montreal in 1987, this festival has expanded to 45 Canadian cities! Year after year this key music-industry event brings new francophone artists into the spotlight. Rock and metal fans will get their due on November 5 at Club Soda with a triple-bill of Groovy Aardvark, B.A.R.F. and Carotté, . The bands will shake the walls with tunes from their extensive catalogues. Du haut des airs Canada, a free show on November 11 at Salle Claude-Léveillé in Place des Arts, will feature up-and-coming artists from across the country – Véronique Trudel from Western Canada, Myriam Arseneau from the Maritimes, Sophie D’Orléans from Ontario and Philippe Plourde from Quebec – giving a snapshot of the next generation of some of Canada’s best francophone talent.

This boutique event, aimed at professionals as well as the general public, attracts talented artists from around the world. It will run from November 15 to 18. Be sure to be at the Gesù on November 17 for the Night Time Official Showcase with Oreka TX, MonekaArabic Jazz, Helsinki-Cotonou Ensemble, Le Diable à Cinq, Lengaïa Salsa Brava and The Brooks. Night owls will want to make their way to the SAT on November 18 for the Blend after-party, co-presented by M pour Montréal and Mundial Montréal.

This festival’s 17th edition will once again welcome prominent musicians from more than 20 countries for an intense four-day gathering. A festive concert with Soran, Clay and Friends, DJ Badfocus and a surprise guest is scheduled for November 17 at Club Soda. The same evening at Café Cléopâtre, Alaskan indie rocker Gus Englehorn takes the stage followed by Virgo Rising.

One of North America’s biggest documentary festivals presents the best reality-based films from around the world. Don’t miss the latest from Alain Gomis, Rewind & Play, on November 17 at Cinéma Impérial, made from archival footage of jazz pianist Thelonious Monk’s appearance on the French television show “Jazz Portrait” in 1969. While celebrating Monk’s immense talent, the film also critiques the host’s barely concealed colonialist discourse. Natasa Urban’s documentary film The Eclipse, screening on November 19 and 20 at the Cineplex Odéon Quartier Latin, explores the war that tore Yugoslavia apart at the end of the last century, leaving scars that have yet to heal.

This LGBTQ+ festival, the largest of its kind in North America, has presented films and other media works dedicated to the stories and experiences of the community’s members for nearly 40 years. This year’s edition runs from November 17 to 22. On November 19 at Cinéma Impérial, The Blue Caftan by Maryam Touzani is a poignant drama about love and humility. And you won’t want to miss the action comedy Cop Secret, the first film by Icelandic director Hannes Por Halldorsson, at the Impérial on November 27, in which two rival cops develop a mutual attraction.

This musical event celebrates the great German composer whose music sank into obscurity after his passing, until Mendelssohn permanently restored it to prominence in 1829. Music lovers won’t want to miss the opening concert at Place des Arts’ Maison symphonique on November 17: the Internationale Bachakademie Stuttgart’s artistic director, Hans-Christoph Rademann, will lead the academy’s ensemble in its performance of St. John Passion.