The LNI: 45 years of peerless improv 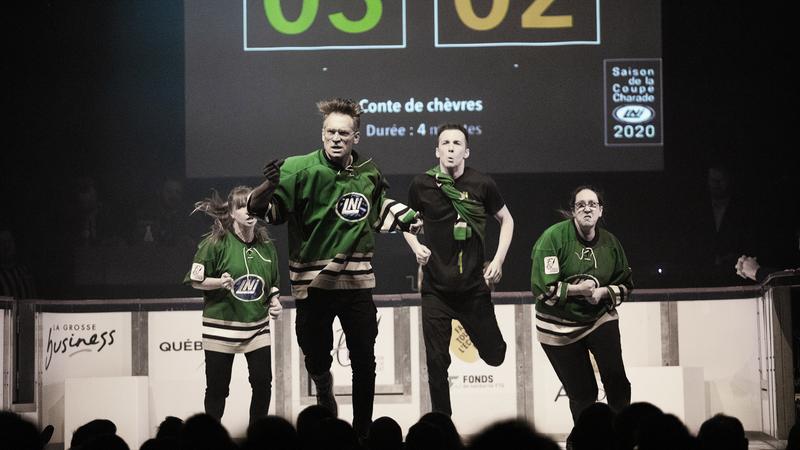 The Théâtre de la LNI improvisational troupe is a true Quebec cultural treasure, and it will celebrate its 45th anniversary this fall. To mark the occasion in grand style, the company will present an extensive program for the general public and super-fans alike. We spoke with the company’s artistic director, François-Étienne Paré, to learn more about this unique institution and its plans for the rest of the year.

CAN YOU DESCRIBE THE THÉÂTRE DE LA LNI IN A FEW WORDS?

I like to say that the Théâtre de la LNI is a laboratory whose mission is to advance the art of theatrical improvisation. Our mission is threefold: creation, research and transmission. For many people, the LNI is a pioneering company, and the Saison de la Coupe Charade, held at Club Soda, is always very popular. But we also offer training activities, and, more than ever, we’re producing different types of shows.

45 YEARS ON, WHAT SETS YOUR COMPANY APART?

First of all, let’s just say that the arts scene in Quebec has changed drastically since the Théâtre de la LNI was founded in 1977, and we’re no longer the only ones doing improv. At certain times of year, there are as many as 32 different improv shows running in Montreal! In that context, the Théâtre de la LNI wears the mantle of leadership and always strives to raise the bar. We’re still the improv pioneers and our slogan – Réaliser l’impossible (doing the impossible) – captures our unquenchable thirst for new challenges.

WHAT CAN WE EXPECT FOR THE 2022 PROGRAM?

WHAT CAN YOU TELL US ABOUT THE COUPE CHARADE?

It’s the company’s signature show – the one that draws big crowds and inspires the artists. The Coupe Charade shows are known for their indescribable energy and excitement. There’s an obvious communion between the artists and the audience. As far as I know, there’s no other living-arts show where the audience is welcome to interject at any time. More precisely, audience members are allowed to throw rubber overshoes on the stage if they are dissatisfied or disagree with the direction the improvisation is taking. Having experienced it as an actor, I can tell you it’s quite a radical form of audience participation. But it’s all in good fun – not only does it testify to the audience’s passion, it forces us to give our very best!

WHAT CAN YOU TELL US ABOUT FOCALISATION ZÉRO?

You might say that our inability to do in-person shows during the pandemic forced us to innovate. Focalisation zéro is born of the desire to see actors react, on-camera, to directions given by an off-camera voice. With this initiative, we’re moving away from traditional improv and losing that sense of connection with the audience. But by having the out-of-frame directions written by well-known authors, we give the artists the chance to do their improv based on well-developed texts, which wasn’t possible before. Robert Gravel, who founded the LNI with Yvon Leduc, was aware of the problem. But he would say: “what we lose in writing, we gain in vitality.” Well, with Focalisation zéro, we strongly believe we’ve brought together the best of both worlds. A first nine-episode season is now available to the public, and a second is already in the works.

FINALLY, HOW FAR HAS IMPROV COME IN THE LAST 45 YEARS?

It’s amazing to think that 45 years ago, the LNI’s founders invented the improv match and its norms and created the mise-en-scène and its rules, without the slightest idea of where it would all lead. Fortunately, the audience found us, and improv got very popular very quickly. Before 2015, the Théâtre de la LNI had never developed any other kind of production, but, for several years now, it has been responding to a drive to evolve. It’s no accident that improv is now closer than ever to theatre and film, and that it is embracing the online world. Some of these new kinds of productions may be intended for more experienced audiences, but they help us push the envelope for our art and give it greater prominence. One thing’s for sure: the world of improv was ready, and to judge by its current dynamism, it won’t stop evolving anytime soon!