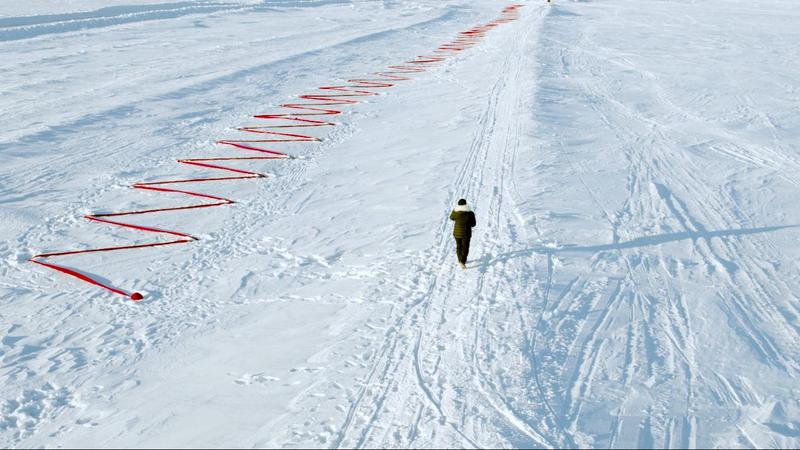 The world’s largest festival of films on art is celebrating its 40th anniversary this year. With more than 200 films from 46 countries, the festival has many surprises in store this March 15 to 27! The International Festival of Films on Art (FIFA) will be bringing back in-person theatrical screenings and large-scale events while prioritizing a hybrid format allowing the public to participate from the comfort of home. We spoke with the festival’s executive and artistic director, Philippe del Drago, to find out more.

What can you tell us about the 40th edition of FIFA?

We’re going big this year, with 40 screenings in Montreal, a dozen in Quebec City and 209 films available online with the festival pass. On top of that, there will be large-scale events such as La nuit de la danse on March 18 and the opening and closing celebrations. We’re also trying something new with the FIFA POP-UPS, which will feature free screenings of films on art in spaces open to all. In particular, I would suggest checking out Absorptions, a program curated by Aseman Sabet with daily screenings from March 16 to 27 at the Espace culturel Georges-Émile-Lapalme in Place des Arts.

FIFA has evolved significantly over the past 40 years; how would you characterize it today?

The festival is officially entering a new era by offering a truly hybrid format for the first time. After two years of the pandemic, we realized that returning to how things were before was impossible, because behaviours have changed. So we decided to reinvent the festival. Rather than resisting change, we have embraced it by offering the public a wider range of experiences. It will now be possible to watch a movie in the metro on your phone, catch another one at home during family dinner, and then go out to see one at a theatre in the evening. Cinema is constantly evolving, and we are continuing to improve: we now offer the world’s largest online catalogue of films on art. Simply by being included, the selected works are able to reach an international audience.

What is the place of international and Canadian films this year?

FIFA is a very inclusive meeting place that fosters open-mindedness, and inclusivity is at the core of the festival’s identity. To promote inclusivity, our Carte blanche evenings will feature foreign films chosen by local creators for the Montreal audience. This year spotlights the cities of Montreal, Tokyo, Florence and Barcelona. I would also like to point out that the Carte blanche events have had a tangible impact, with the number of films on art produced in China and Iran increasing significantly following previous festivals. Canadian films figure prominently in the program, representing five of the 20 features in official competition: Je me soulève, directed by Hugo Latulippe, which will open the competition on March 15 at the Monument-National; Project Pigeons by Emmanuel Schwartz; The Lake, an inspiring music documentary by John Bolton; Still Max by Katherine Knight; and La somme de nos rêves, an immersion in the world of circus directed by Jérémie Battaglia and Johanne Madore.

I would suggest going to see Venice Elsewhere, a disconcerting film by Elia Romanelli shot in diverse locations that have a visual connection to Venice. It’s a moving film that non-judgmentally explores an unusual relationship with reality. Another fascinating film is Wayne Blair and Nel Minchin’s documentary Firestarter – The story of Bangara, which follows an Australian Aboriginal contemporary dance troupe. I also highly recommend Judith Abensour’s Foedora, an unsettling and symbolic film about the Palestinian Museum in Ramallah, devoted to the culture and history of Palestine. There is also a plethora of documentaries about exceptional artists including Basquiat, Trenet, Duras and Daniel Day-Lewis.

What tips do you have for those wanting to get the most out of the festival?

The festival will last 13 days, and I would suggest people have fun and, if possible, watch two films a day, one feature and one short. You might as well make the most of the hybrid format by watching as many films as possible online; this saves time and minimizes travel costs. Above all, don’t hesitate to stray from the beaten path. I’m reminded of a FIFA regular who, last year, a few hours before closing, had seen the entire program. All that was left for him to watch was the music videos, and he spent the last few hours on those. They turned out to be his favourite part of the festival!