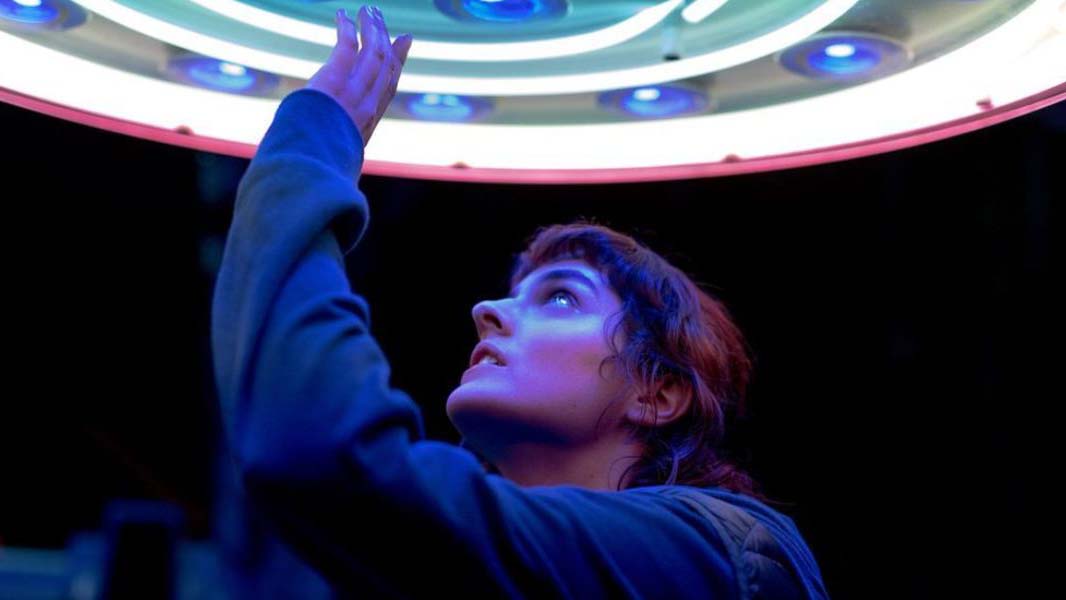 Montreal’s most eccentric film festival is reinventing itself as an all-online affair, in pursuit of its mission of satisfying movie lovers with a passion for the weird and wonderful world of genre films. From August 20 to September 2, fans will immerse themselves in the incomparable Fantasia Festival from the comfort of home.

To get the skinny on this year’s festival experience, we spoke with Fantasia co-director Mitch Davis and Rémi Fréchette, , the director of the Fantastiques week-ends du cinéma québécois.

The Fantasia Festival is internationally acclaimed for its electrifying screenings. How will this online edition capture the festival’s freewheeling spirit?

MD: « We want to give our audience an experience that’s shared, exciting and anything but passive. That’s why half of this year’s program will be available on-demand, while the other half will be shown on a set schedule so that viewers watch the films as a group, even if they aren’t physically together. Audiences will be able to take part in panels and discussions with artists, as well as live post-screening Q&A sessions with the filmmakers. Overall, our program is more diverse and ambitious than ever, with more than 100 feature films. Our goal is to immerse our audience in a kaleidoscopic array of thrilling films from every part of the world, featuring plenty of new talent and inventive narrative approaches. »

What are this year’s must-see films from Quebec?

RF: « We have seven Quebec-made features, and they’re all well worth a watch. But if I had to pick just two, I’d have to go with Yankee by Stéphan Beaudoin, the story of a young American woman who winds up in Drummondville, where she enters the shadowy world of street-fighting. I also suggest you check out La Marina by Étienne Galloy and Christophe Levacand (live, August 27 at 9 p.m.). This first feature directed by two young actors – both in their 20s – is a quintessential summer flick, complete with the beach, wakeboarding and summer flings… »

What can we expect from the Fantastiques Week-ends du Cinéma Québécois?

RF: « The Fantastiques Week-ends – there will be five, in all – will present the year’s best Quebec-made short films, for free on Facebook. There’s a horror double feature, a comedy line-up, a documentary program, some experimental films, and a final program that’s mostly world premieres. Of course, people will be able to react and comment during the showings, which will capture the screenings’ infamous freewheeling spirit. »

What advice do you have for fans who want to make the most of this online edition?

MD: « Don’t be afraid to take a chance on unknown artists. Fantasia is an event that rewards risk-taking, for filmmakers and audiences alike. And don’t forget that even though the screenings are all going to be online, the number of tickets will be limited to protect the works and maintain the festival’s exclusive spirit. Lastly, I want to encourage people to give themselves the best viewing conditions they can, and let the films transport them just as they would in a movie theatre. »

Can you name three absolute must-see films and one can’t-miss event?

MD: « It’s hard to pick just three, but I’ll give it a go! Jumbo by Zoé Wittock (live on August 27 at 9 p.m. and August 31 at 11:15 p.m.), stars Noémie Merlant as a shy young woman who falls in love with a roller coaster at an amusement park. It’s a fantastic tale of self-discovery, and it’s utterly unique! If you’re intrigued by a musical sports drama about extreme fighting, you can’t go wrong with Chasing Dream by the talented Johnnie To. Horror fans will definitely not want to miss The Dark & The Wicked, a truly frightening and nightmarish film by Bryan Bertino (live, August 29 at 9:45 p.m.), in which a farm is invaded by shadowy forces while an old man slowly dies. Lastly, if there’s one not-to-be-missed event this year, it has to be the master class by one of the all-time greats, John Carpenter, followed by the presentation of his lifetime achievement award (live, August 22 at 4 p.m.). »