Nothing can stop the Accès Asie Festival! 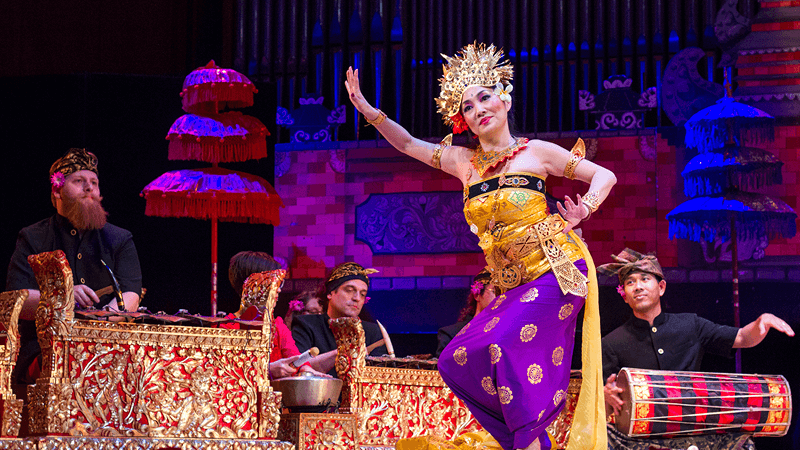 Thanks to the Accès Asie Festival, Montreal has emerged as a North American hub for Asian culture. Artistic director Khosro Berahmandi looks back on the first 25 years of the event, which is presenting an all-online program this year. 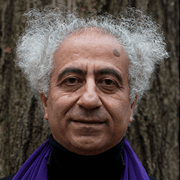 Why is Accès Asie such an important event on Montreal’s festival scene?

“There’s an incredible number of Montreal artists of Asian origin who are doing exceptional work. Accès Asie gives them a worthy platform, while also building bridges with Western cultures and promoting as much dialogue as possible, in every artistic discipline. In the last decade, Montreal has welcomed large waves of Asian immigration, which always add many new people to the pool of talented artists that Quebecers should get to know. We also invite foreign artists and introduce them to our local artists, and that’s a great thing.”

At the beginning, when Accès Asie was called the Montreal Asian Heritage Festival, were the founders looking to rectify a lack of recognition for Montreal’s Asian artists?

“The festival was indeed founded, back in 1995, by a group of artists who were having trouble finding venues and institutional support. Despite the growing number of Montreal artists with Asian backgrounds, their art was still little-known. Montrealers were certainly open to other cultures, but the cultural establishment didn’t give those artists much attention. There were few spaces for presenting traditional Asian productions, and even fewer for contemporary art. So the artists decided to create their own platform. They took inspiration from similar festivals in the United States, particularly in New York City in the month of May, which is Asian Heritage Month.”

There was also a goal of countering stereotypes and fighting anti-Asian racism. Is that still necessary in 2020?

“Today, Asian immigrants probably experience less discrimination than they did 25 years ago, but we’re never completely free of xenophobia and problems caused by a lack of understanding of others. During the COVID-19 pandemic, we’ve seen an unexpected resurgence of anti-Asian racism. Through our mandate, I think we can help reduce that racism by cultivating more and more intercultural exchanges.”

When you think of the festival’s evolution, what stands out as a particular point of pride?

“We’ve come a long way! Today, in addition to the festival in Montreal, we’ve branched out to present works in other parts of Quebec. The initiative is called Fleur de lys, Fleur de thé, and it forges ties between Montreal artists of Asian extraction and local artists in regions like Estrie and the Gaspé. Our ties with the rest of Canada have also grown stronger – and I have to say artists from the rest of Canada are often envious of the vibrant Montreal cultural scene that our artists benefit from. One of the festival’s highlights was the Asian Heritage Month Symposium, a decade ago, which brought together artists from all over Canada. We’ll do it again this year, but online. It will give the current generation of artists – many of whom were born in Canada to Asian parents – an opportunity to make stronger connections with their heritage.”

“In 2016, 600 people came to the vernissage for a photo exhibition by Bayar Balgantseren, a Mongolian artist who was practically unknown this side of the Pacific. Montreal’s Mongolian community is very small, so we were pleasantly surprised by the large crowd. It was gratifying to see that our festival was so successful at building bridges between cultures. Over the years, it has become increasingly important for us to represent Asian cultures that aren’t very prominent in Montreal, like those of Mongolia or Afghanistan.”

This year, you’re responding to the cancellation of the regular festival by producing an online version. Was it a challenge?

“It certainly was. The COVID-19 crisis began just a few weeks before our event. We were ready to go, and we couldn’t imagine cancelling everything. We’re taking on the challenge thanks to the enthusiasm of the artists, who were eager to present video and digital versions of their work. The works presented online are pre-recorded, for the best possible video and sound quality. This also makes it possible to extend the life of each work. We want to sustain a strong showing for Asian culture for the whole month of May, so we’re adding new works each week, and keeping them online until the end of the month to be enjoyed later. It’s an approach that our festivalgoers seem to appreciate!”

Concert by Kyra Shaughnessy and Sakay Ottawa
May 21

“I’m very proud of this concert, which boldly brings together the Atikamekw singing of Sakay Ottawa and the folk songs of Kyra Shaughnessy, which have clear Indian influences.”

Electro LayLit Live with DJs Wake Island and SAPHE
May 22

“Your living room is the next best dance floor for this live electronic dance party with DJs Wake Island and SAPHE, of Lebanese and Syrian origin respectively. It’s a celebration of the musical diversity of the Middle East, North Africa and their diasporas.”

“Our festival seldom explores the culinary arts, but when we met tea master Han Le, we almost immediately asked him to host a virtual tea ceremony. He will introduce us to the tea traditions of China, Vietnam and Japan.”

“I really like these artists, who play Indonesian music and perform folk dances. I can’t wait to show our audience this all-new video.”