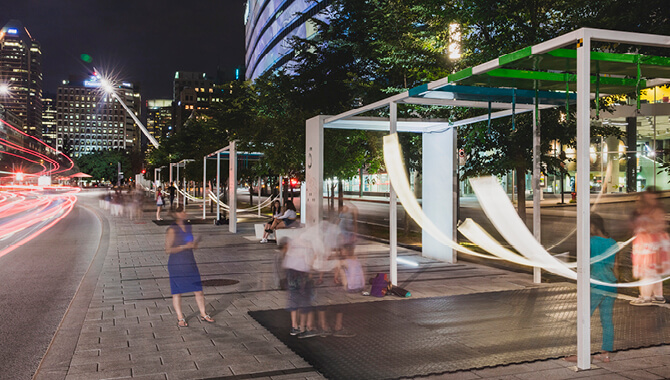 Starting March 22, it’s time for Digital Spring in the city, to accompany the long-awaited sunshine. Thanks to coordinated efforts from several quarters, Montreal has become a world capital of digital art. The intersection of technology and art leads to a wide variety of activities. Until June 21, this is a digital city!

Love video games? Up-and-coming studios will gather in a shared space where controller-freaks can get a sneak preview of some new games, with their creators looking on. A unique opportunity to make a direct contribution to a new game.

Society for Art and Technology (SAT)
Until March 31

Coproduced by the Society for Art and Technology (SAT) and presented in the 36th annual International Festival of Films on Art, Liminality has a special journey for you – an exploration of the connections between Wales and India through contemporary dance, industrial landscapes and coastal environments. The work combines performance, 360-degree cinema and live music, with production happening on three continents. A new way to enjoy dance!

Façade of UQAM’s Président-Kennedy building
Until May 31

It’s impossible to miss the impressive architectural projections in the Quartier des Spectacles. The latest is 100 millions d’idées by Normal Studio, showcasing the creativity coming out of UQAM, affectionately known as the people’s university. The work is also a nod to the university Foundation’s major fundraising campaign, seeking “100 million dollars for 100 million ideas“.

Remember TV sets with cathode ray tubes? Choreographer Dana Gingras collected 24 of them to create the backdrop for an0ther, a work that’s part installation, part performance, part concert. With avant-garde duo Group A and multimedia artist Sonya Stefan, Gingras looks at the transformation of the body and its disconnect from dominant advertising imagery.

Leges Motus (“the laws of motion”) by Danish duo Dark Matters will be presented as part of Printemps nordique. Through the installation’s 35 screens, pedestrians see their distorted reflection. The work opens doors to new forms of imagination, acting as a “reverse x-ray” by adding layers to the image.

Society for Art and Technology (SAT)
Until April 7

What happens when an artist, a pianist and a composer/orchestra conductor get together? An immersive real time concert based on a piano-light work. The cradle of digital art in Quebec, the Society for Art and Technology and its famous Satosphère, deliver exquisite experiences under the dome. Just lie down on a cozy beanbag and let your eyes and ears take over.

Promenade des Artistes
April 9 to May 27

This interactive installation by Daily tous les jours has become a beloved tradition, now returning for an 8th season in the Quartier des Spectacles. Each time a swing moves, it produces a sound. When musical cooperation takes hold, friends and strangers make charming melodies together. There’s no better way to rediscover your childlike sense of wonder! 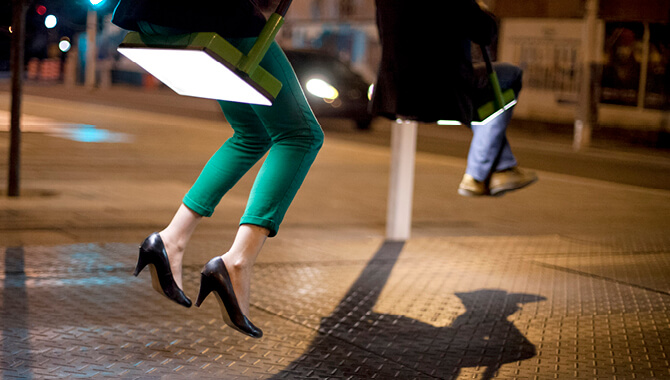 A sneak preview of the popular digital art and electronic music festival MUTEK_IMG. Rhizomatiks Research and Elevenplay, comprising a dozen Japanese artists, engineers and dancers, presents this highly original show. Cutting-edge technology serves art in this dance in which five performers interact with drones and other networked objects.

Come see the prototypes of the six semi-finalists of the International competition : interactive architectural mapping on the building façade next to Saint-Laurent metro station on April 11th and 12th and learn more on the approach of these digital creators. Places are limited.

Two distinctive dance performances on the shared theme of light. Night Owls by the CHA Collective plays with darkness and light – let go of your bearings and lose yourself to the luminous 360-degree installation, an integral part of the choreography. In Rituel géométrique by Annie Gagnon, the four dancers gracefully manipulate brilliant little diamonds and three-dimensional geometric objects, in close proximity to the audience.

Place Émilie-Gamelin
May 17 to September 30

It’s impossible for anyone visiting Les Jardins Gamelin to miss this iconic work by American artist Janet Echelman. 1.26 refers to the power of an earthquake in Chile in 2010, which shortened the length of a day by 1.26 microseconds. The large nets, made of 550 metres of high-tech twine, are illuminated after sundown, giving Place Émilie-Gamelin a wondrous atmosphere.

All summer, the Jardins will host a long list of activities, from dancing to concerts in every genre, seven days a week. Make sure you don’t miss anything by subscribing to our weekly programming updates.

Have you heard of the AgitPOV? It’s a small device that lets you display a word in lights on your bike wheel. On May 25, 300 cyclists will gather to create a collective artwork with political and poetic leanings, and you can be one of them! Participants will receive their own AgitPOV to take home and express themselves as they please. The event concludes with performances by Queen Ka inspired by the words of the participants and KNLO in Les Jardins Gamelin. Book now by clicking here.