HALLOWEEN IN THE QUARTIER: SWEET! 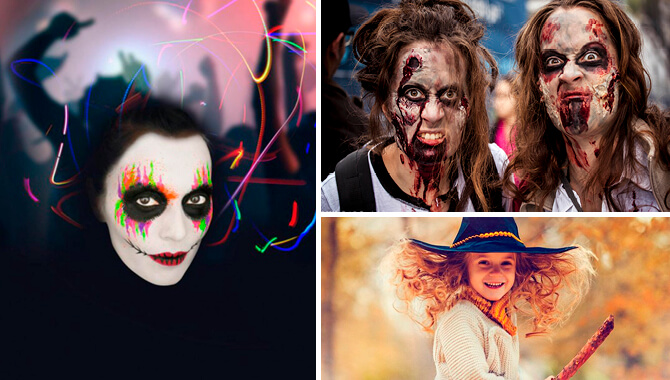 There are just a few days left until Halloween! Are you looking for that one item to put this year’s costume over the top? Getting warmed up for your upcoming candy and/or horror movie binge?

No matter how you’re planning to spend the spookiest night of the year, the Quartier des Spectacles has you covered. Here are some thrilling and chilling activities!


If you’ve never seen the ultimate cult classic on the big screen, here’s your chance to see what the fuss is all about. In late October every year, the Rock Horror Montréal company presents the beloved musical parody of mad-scientist movies, directed by Jim Sharman and starring Tim Curry and Susan Sarandon. The wild 1975 comedy has become a Halloween tradition thanks to its audiences, who get all decked out for the occasion and carry on a hilarious conversation with the actors on-screen. In fact, most screenings have just as much action in the crowd as in the movie. Let’s do the time warp again!

Now in its 16th year, this film festival showcases Quebec-made indie horror and sci-fi movies. Taking obvious pride in its rebellious spirit, the event includes 72 short films from the utterly weird to the truly terrifying. The organizers make a point of spoiling Montrealers as Halloween approaches by saving the best for last. The fest’s Grande soirée d’horreur is all about wild laughter and creepy thrills, including the best local and international short horror movies. The next evening, enjoy shorts made in just two weeks by local filmmakers with a special edition of Kino Kabaret focused on sci-fi and horror.

Place des Festivals will soon be alive with a horde of the dead! There will be skeletons, giant marionettes and fire-breathers, along with some spooky carnival energy. The ghouls will be accompanied by artist Donovan King, who will tell ghost stories for the brave. At 9 p.m., the Petits-Chanteurs du Mont-Royal will go on a funereal walk while singing Gothic songs. At 9:30, the atmosphere will take a turn from the macabre to the festive when popular singer Yann Perreau takes the stage for a rare electronic performance sure to get the crowd dancing.

In just a few years, this free event has mutated from oddity to tradition! Adults and kids are invited to join the ranks of the living dead to swarm downtown and frighten the living in their path. You are of course welcome to put together your own costume and makeup, but starting at 1 p.m. there will be a makeup booth to get you properly zombified in minutes. There are plenty of pre-walk activities, including a concert by Lyse & The Hot Kitchen. Zombies will gather at 4:30 p.m. and start shuffling along their route at 5. The full day of horror concludes on an upbeat note with the bands PUP, Chocolat and Duchess Says from 6:45 to 11 p.m.

If you’re reluctant to take younger children on the Zombie Walk, take heart: the whole family will love this Halloween party, a family affair geared to kids under 12. Starting at 12:30 p.m., head for the Place des Arts Esplanade to receive a passport full of sorcerer’s apprentice activities. Making magic wands, a spin on a spooky carousel, a makeup session, a tour of the jack-o’-lantern museum and a walk in the enchanted forest – there’s enough to delight any child. At 3 p.m. all the young wizards will have a parade. Armed with their new powers, they’ll chase away the Trouble-Fête, the legendary monster that sows terror in the city, for another year. After conquering the creature, there’ll be a Petites Tounes show at 4 p.m. It all adds up to an unforgettable day for the little ones.