WHEN YOU DANCE, YOU STAY 20 FOREVER 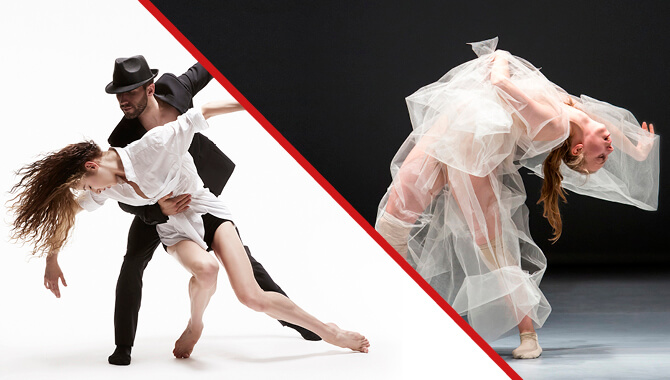 It’s already been two decades since Danse Danse started giving Montrealers an unbeatable window on the world of contemporary dance – the company quickly emerged as a showcase for the best local and international productions. This year is a special one for the organization, having moved into a new space in the Quartier des Spectacles in time for the opening of its 20th season.

To find out more about the past, present and future of Danse Danse, we spoke with Danse Danse’s director of programming and development, Caroline Ohrt, and artistic and executive director Pierre Des Marais. 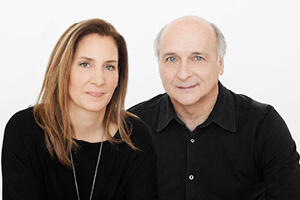 How did the Danse Danse organization get started?

Pierre Des Marais (PDM): In the late 90s, the contemporary dance scene was doing well, but we saw a need for a larger organization to boost the performance side. We wanted to have a proper season of contemporary dance, with regular non-festival shows. Four major companies – La La La Human Steps, O’ Vertigo, Compagnie Marie Chouinard and l’Agora de la danse – joined forces to found Danse Danse. From the beginning, we focused on the subscription model as a way to give audiences access to different types and styles of dance, from September through May.

Caroline Ohrt (CO): At the time, it was very expensive for companies to perform in the major venues. They had to hire technicians, communications teams, and a bunch of other people just to do one or two shows. Programming is a specialized profession, and artists don’t always have the necessary tools and expertise.

Most of your shows happen in the Quartier des Spectacles, particularly at Place des Arts. What role did that venue play in Danse Danse’s growth?

PDM: In 2010, we were able to move almost all of our programming into Place des Arts, and that allowed us to better meet the needs of both audiences and artists. Audiences like to keep coming back to the same familiar places.

CO: Place des Arts was built on the idea of bringing the arts and the audience closer together. We like its flexibility – we can present up-and-coming artists in the 5e Salle, and high-profile shows in Théâtre Maisonneuve. The latter space is one of the best halls in Montreal – even North America – in terms of the proximity of stage and audience. Every foreign company that performs there tells us how much they appreciate it. We’re very proud to be able to present contemporary dance in such superb venues, and having our headquarters in the Quartier des Spectacles is the icing on the cake!

Has the international aspect always been important to Danse Danse?

PDM: In our second season, we introduced the audience to a Japanese company, H-Art Chaos. People loved them, and it was obvious we were on the right track. From then on, we made a point of presenting our homegrown Quebec companies alongside international ones. The idea is to show the best of contemporary dance, to expose audiences to other aesthetics and give our companies the chance to measure themselves against the world’s best. And they’re often just as good or even better! That said, contrary to what some people might think, foreign companies never account for more than 50% of our programming. Some international names might be more famous, but local artists are always well represented.

With the 20th season around the corner, how does the organization’s future look?

PDM: First, we’re taking the opportunity of this anniversary season to do some special things. We’re honoured to have the chance to open the season with the very same company that opened our first season, the Marie Chouinard company! And we’re proud to be presenting 15 different shows, all of them very promising.

It’s actually very unusual for us to present any given piece a second time, but we decided to make an exception by inviting Sadler’s Well to close the season with Sutra. We’re very happy with our program, and we’re especially pleased to be able to present Le Patin Libre, Marie Chouinard and Tero Saarinen, to name just three.

PDM: As for the long-term future of Danse Danse, we aren’t going to mess with success. We already have more than 2750 subscribers! When you consider that in some of the performing arts subscription numbers are dropping, we’re fortunate to see growth every year. I think that’s proof that Montreal audiences have a taste for discovery and want to see dance, and be delighted and even shocked, sometimes. I’m a strong believer in the growth of contemporary dance and its audience, and I think Danse Danse’s beautiful adventure is going to continue.