Give the gift of some quality time together 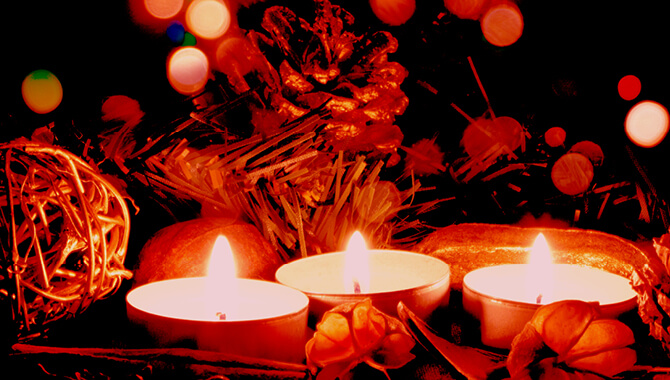 Looking for gift ideas for your friends and loved ones this Christmas? Why not some show or event tickets? Not only will you be giving something original that’s perfect for that special someone’s taste, you’ll share precious – and fun – moments together.

So surprise your mom, dad, sibling or spouse with a pick from our concert and show guide. Music, comedy, dance, theatre: there’s something for everyone in the Quartier des Spectacles!

Vincent C. calls himself a “magician for adults,” which is also the billing for this new show – completely unlike any conventional magic show you’ve seen. He’s original and a little, shall we say, twisted! In the mood for some hilarious grown-up tricks?

In the middle of the French Revolution, Blanche de la Force announces that she wants to become a nun. The Opéra de Montréal’s new production of the Poulenc classic stars Marianne Fiset, Marie-Josée Lord and Gino Quilico. Directed by Serge Denoncourt and conducted by Jean-François Rivest. Melt your beloved’s heart.

Nick Cave and the Bad Seeds

The larger-than-life Nick Cave doesn’t visit us often enough, so do not miss this show. His intense songs, delivered in that unmistakable gruff baritone, will go straight to your heart.

The perfect party for a girls’ night out. The slick Wax Tailor, five albums to his credit, plays his electronic tunes inflected with soul, funk, 60s pop and trip-hop beats. There’s nothing to do but get up and dance!

Is your BFF an art maven whose crazy schedule won’t let her plan a night out? Give her a year’s membership to the MAC, so she can go whenever she has a couple of free hours to enjoy all the creative treasures on display in the museum.

This pioneering modern dance company has affordable tickets for its always-astounding shows. This winter, Tangente will move into a new space in the Wilder Building, overlooking the Place des Festivals, making the experience better than ever.

For more than 20 years, Tryo have been playing their infectious acoustic reggae all over the world, and the band’s tunes have a special resonance here in Quebec. Relive some great memories and make some new ones with songs from the quartet’s latest album, Vent debout. Soak up some winter sunshine, right here at home.

Here a spectacular new fusion of Chinese martial arts and jaw-dropping acrobatics, accompanied by an all-female percussion ensemble. Immortal Chi weaves a compelling narrative around a Tai-Chi master and his ultimate challenge to regain his inner energy and life force. It’s is a feast for the senses that brings the ancient traditions and rich theatrical history of China to life with a rousing 21st century twist.

The Israeli dance company is back in Montreal to perform Last Work, a powerful set of routines in which the bodies of 18 dancers come together in a ballet as precise and elegant as fine calligraphy.

Inspired by the storytelling magic of ABBA’s songs from “Dancing Queen” and “S.O.S.” to “Money, Money, Money” and “Take a Chance on Me,” MAMMA MIA! is a celebration of mothers and daughters and new family found.

He stands out on the world scene as one of the finest artists of our time and the most versatile musical personalities of his generation. This iconic concert brings together 33 hand-picked musicians who, under Savall’s direction, will take us through the 1,000-year history of the Venetian Republic and on a musical journey to Persia and the Byzantine and Ottoman empires.

An excellent present for everyone who loves the piano. Alain Lefèvre’s very first Montreal concert, during Montréal en lumière, features his most recent work, Sas Agapo, inspired by a trip to Greece.