A quick guide to the OSM’s Classical Spree: plenty of music for all! 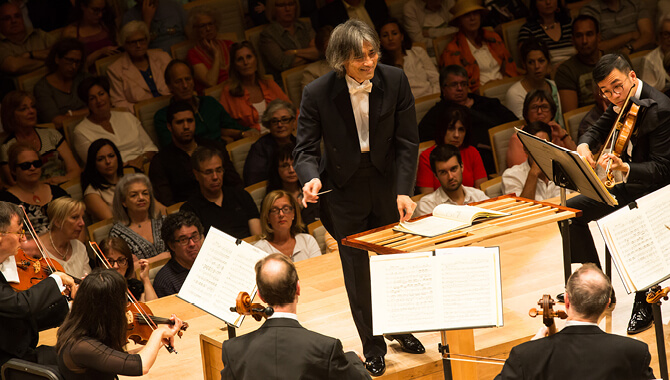 Everyone is invited to a glorious musical marathon, with the fifth annual Classical Spree presented by the Orchestre symphonique de Montréal (OSM) and Couche-Tard. During the festival’s three days, 30 concerts lasting 45 minutes will be presented at Place des Arts. There will also be free outdoor concerts on Le Parterre. By the end of the event – which gets bigger and better every year – 200 musicians will have participated in the Spree.

The event’s spokesperson, France Beaudoin, firmly believes that classical music isn’t “that other music.” “Music is music!” she says. With offerings ranging from famous works like Mozart’s Magic Flute and Beethoven’s Ninth Symphony to less familiar pieces, the OSM Couche-Tard Classical Spree is aimed at novices and aficionados alike. “Whether you already like classical music or not, take some time to come and listen, because the experience can be full of wonderful surprises,” Ms. Beaudoin adds.

The best part: the tickets are inexpensive, making the music accessible to all and allowing you to take in plenty of concerts. Ready for a marathon? 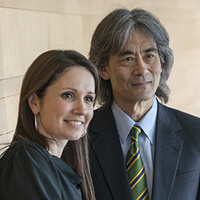 Here are four ways to enjoy the Classical Spree, courtesy of the enthusiastic France Beaudoin, the event's spokesperson.

“This year’s big new feature is our series of outdoor events on Le Parterre,” says Ms. Beaudoin. “The idea is to make classical music even more accessible by presenting it in different formats: through films, original compositions, youth orchestras. This has been at the heart of the OSM’s mission since the days of Wilfrid Pelletier.”

To mark the 50th anniversary of the opening of Montreal’s metro, an electro-acoustic work by Robert Normandeau will have its world premiere performance. Then, organist Philippe Bélanger will improvise the score to a silent film. A fun way for the whole family to get to know classical music.

One of the most beloved and accessible operas, performed by New York’s famous Metropolitan Opera, will be shown on the big screen.

Immerse yourself in the sound of a full orchestra

“Simply entering the Maison symphonique is an event,” says Ms. Beaudoin. “For many people, the festival will be their first visit to the hall. Several of the big concerts will be conducted by Kent Nagano, who many festivalgoers will surely meet on the site.”

The young people who appear on the television show Virtuose, hosted by Gregory Charles, will have a grand live debut at the Classical Spree, with a colourful concert at the Maison symphonique. The prodigies are all aged 13 to 16.

“There are several small ensembles playing more intimate venues, and they’re well worth checking out,” says Ms. Beaudoin. “Kent Nagano likes to add bolder items to the program, encouraging discovery, both in terms of works and performers, whether the musicians are local or visiting, without ever compromising on quality.”

Two members of the OSM will join three international artists to perform one of the greatest pieces in the chamber music repertoire, Brahms’ Quintet for Piano and Strings in F minor.

Young musicians are topping the bill this year, including this concert featuring musicians from the National Youth Orchestra of Canada, performing Mozart and Bartók pieces on the viola, violin, cello and flute.

Make it a family experience

“Young people don’t always realize it, but classical music is part of their lives. It is in many of the movies they watch, for example. The Classical Spree brings them closer to that world. The idea is to make classical music something ordinary, not a bizarre or esoteric art form. It’s also a good opportunity to gauge their interest, just in case something clicks!”

Part concert and part play, this show gives kids ages 3 to 12 the chance to discover stringed instruments and the secrets of violin making.

Four musicians (two woodwinds, two strings) answer children’s questions. On August 13, at 3:45 and 7 p.m., the OSM’s Assistant Conductor, Dina Gilbert, will field questions from the curious at the Conducting 101 workshop.

In this fun space, kids can make crafts, enjoy story time, or read books and listen to recordings related to classical music.