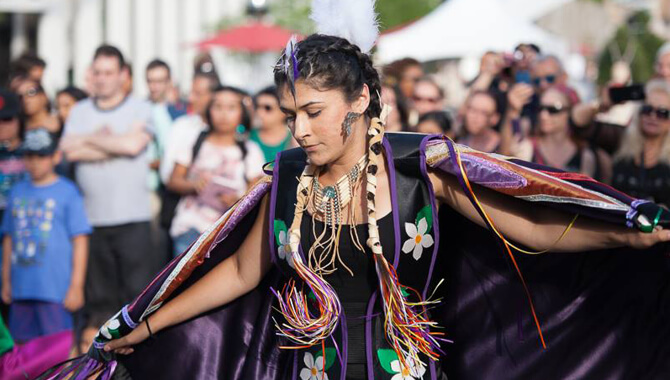 Reggae by Shauit, a compelling film by Dan Taulapapa McMullin, the colourful works of Riel Benn. As different as they are from one another, these artists’ works are inspired by tradition without rejecting modern influences. In a nutshell, that’s what the Montreal First Peoples Festival is all about. Now in its 26th year, the festival will once again be based in the Quartier des Spectacles.

This year’s festival has a focus on youth, with local and visiting artists who maintain a presence both in the city and on their ancestral land. 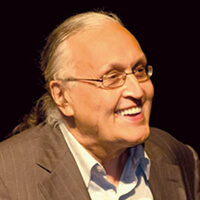 The festival’s director, André Dudemaine, spoke to us about the intersection of city, land and community, and gave us some festival tips.

What is the mission of the Montreal First Peoples Festival?

We see ourselves as a bridge between Montreal and the communities. It’s important to have ties to the land. With the festival, we show that the connection isn’t negative, but productive. Artists working out of a place rich in heritage may find that the city provides a springboard to international recognition. The festival is also about reconciliation with aboriginal heritage, which belongs to everyone because it is human heritage.

How do encounters with aboriginal cultures enrich Montrealers’ lives?

Contrary to what you might think, there are quite a few aboriginal people living in the city. But they also maintain ties with their ancestral land, and that’s a good thing. It’s an important encounter, because it lets Montreal rediscover its original colours. Montreal is a city surrounded by moving water, so it needs to be open to every current. It needs to welcome and nourish them. It is an exchange that brings a new dimension to Montreal’s great diversity.

The program at a glance

“We’ve tried to focus on younger artists this year,” says Mr. Dudemaine. “Some are up-and-coming, others are accomplished but don’t get all the attention they deserve.” The festival’s free concerts will be held in the Place des Festivals, transformed for the occasion with the traditional tipi and a colourful design.

August 4, 8:30 p.m.
“They are relatively unknown in Quebec, but quite popular in the rest of Canada and internationally. Raven comes from Témiscamingue and ShoShona is from Northern Ontario. Together, they play folk rock with strong native themes, both in terms of musical and lyrical inspiration. It’s a lot of fun and very inspiring.”

August 5, 8:30 p.m.
“This reggae-pop singer-songwriter will use the festival to launch his latest album with an all-new concert.”

August 7, 8:30 p.m.
“This young Mohawk singer from Ontario will be accompanied by a band called Kawandak, which plays a fusion of jazz and aboriginal music, as well as the percussionists from Buffalo Hats Singers.”

“Film is what really made our festival’s reputation,” says Mr. Dudemaine. “At the time, people asked if there were enough films being made to sustain such a specialized festival every year. Today, we have too many to choose from and have to reject many of the hundreds of films submitted. We have works from every continent.” Some 60 documentaries and fictional features and shorts will be shown.

“This is our opening film. The director, visual artist Dan Taulapapa McMullin, from Samoa, has assembled a montage of very demeaning colonial representations of Pacific Islanders. Today, we have the maturity we need to dig up stereotypes and turn them into art, to express our rage in a joyous way.”

“We’ve noticed a very modern creative approach among today’s native artists. They have a desire to be part of the present, despite the tragic background of so many of the works,” says the festival’s director. 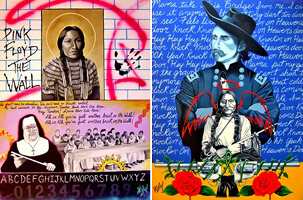 Sainte-Catherine Street, at the southern end of the Place des Festivals

“This young artist from Manitoba has appropriated the titles and lyrics of rock songs to imagine album covers illustrating historic moments or situations unique to the First Nations. The result is very colourful and joyful.”

A fantastic parade and show

The Nuestroamericana friendship parade will leave from Dorchester Square on Saturday, August 6 at 4 p.m. and wrap up with a big party in Place des Festivals. As in previous years the parade will include first peoples from all over the world, from Canadian First Nations to those from Asia, Latin America, the Middle East and Africa, all together to celebrate the legend of Atahensic, the grandmother of humanity. “The rich tapestry of Montreal’s diversity is reflected in the great myth of creation,” says Mr. Dudemaine.