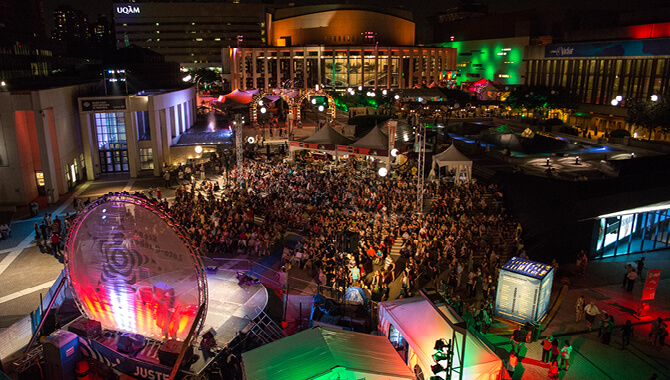 That is the three-word mantra that has defined Just for Laughs and Juste pour rire for over three decades. Until July 31, the 34th edition of the twin festivals take over Montreal with giggles, galas, parades and more. There are Hollywood heavyweights, bilingual crossover stars, local comedy heroes and up-and-coming talent to be seen – as well as a certain hockey player. 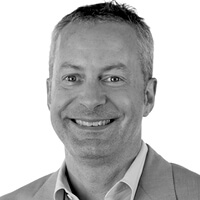 We spoke with Bruce Hills, the COO for Just for Laughs, about making not just the audience happy, but the performers as well.

There are a lot of amazing shows on the program, with big stars performing! How do you do it?

Well, after 34 years, we have very good relationships with lots of comedy stars in the world. They love Montreal as a city. They love the festival. They want to come back. It's like their summer camp.

What do you mean by 'summer camp' in Montreal?

It's a chance for them to hang out with their friends, to go out and have great food, and perform for great audiences. They don`t get a chance to be together very often.

If you're a comedy star, you're off on your own performing all over the world by yourself. Here, you can be with all your peers and not only get to see them perform but have them see you, too. Then you can go out late at night to bars and restaurants. Everyone loves eating in Montreal - and the comedians love the good-looking men and women here, too.

Where do the Just for Laughs audiences come from?

The tourists come from around the world, mostly from New York, Vermont and Ontario - they drive up. But the majority of our audience is from the island of Montreal.

You have a few Canadian stars lighting up the galas this year.

We have Russell Peters coming back to host a gala on July 30 - he's sold out the Bell Centre before, so he's a big star. Howie Mandel is a big Canadian star, as well as one of the judges on America's Got Talent. He hosts on July 29. And of course, our funniest ex-Montreal Canadien defenceman, PK Subban, hosts his own gala on August 1.

You approached PK Subban and said, “You're funny! Do you want to host a gala”?' How did that happen?

I said to him, 'If you host a gala, they'll trade you to Nashville!'  He didn't believe me, so he agreed to do it - then he got traded there. But it's okay, he's going to do the show, and we're looking forward to having him walk out on the stage to see his fans that are very sad to see him leave, as I am.

But maybe the good news is that he'll come back every year to host a gala?

I would like that! A good part of the proceeds will go towards the P.K. Subban Foundation, which is connected to the Montreal Children's Hospital Foundation.

What about the outdoor shows?

We're going to do Sugar Sammy's final bilingual outdoor show on July 28. He's done this show, 'You're Gonna Rire' for 3 years, and thousands of people will come out and see Sugar Sammy perform at this free outdoor show, his last one before he moves to France. We're very excited about that.

If you were going to take a chance on a gala, which ones you would you recommend?

I think Carrie Fisher (July 31) is going to be wonderful. We also just signed Jeff Goldblum to host on July 27. He's a famous Hollywood actor who is in the latest Independence Day film, The Big Chill, and Jurassic Park. He's a big star and he's going to be a lot of fun.

I noticed that there's near-parity between men and women hosting the galas in English this year.

It's a very difficult thing. There are way more men than women doing comedy, and the best female comedians are some of the biggest stars in the world. So they're very hard to secure every summer, in French or English. Year in and year out, you're not always going to have parity. That being said, we book whoever is funny - and a lot of who we booked this year are women. If you look through the solo shows, from Sarah Silverman to Maria Bamford to Iliza Shlesinger, we have women all over our schedule who we believe are fantastic. But we book them because they're funny, not because of a quota system.

Could you tell us other shows that are not be missed?

I really want to make sure people come out and support our francophone artists doing English comedy, like Rachid Badouri, Mike Ward, and Gad Elmaleh, who is doing a solo show. It's very important for them to feel at home at Just for Laughs.