A dialogue with the Arab world 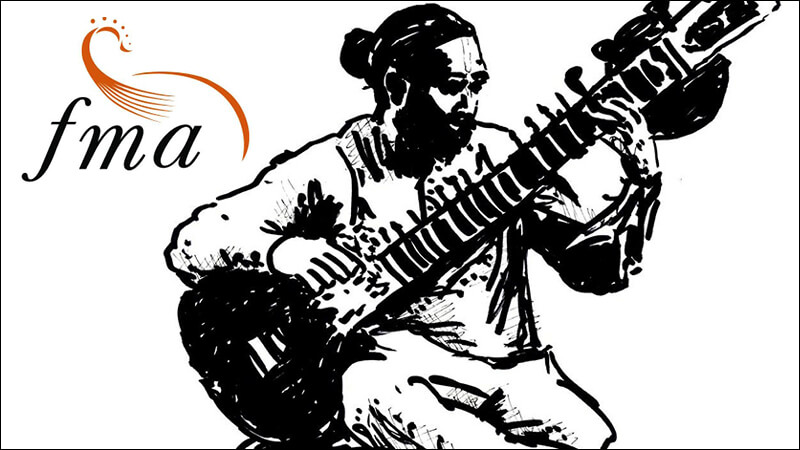 Hip-hop concerts, traditional music, theatre, comedy, lectures, round tables and free concerts: these are just some of the ways to discover the many facets of Arab culture at the 16th annual Arab World Festival. For 16 days, downtown Montreal will be humming with all things Near Eastern. With many activities focused on this year’s theme, self-deprecation, the festival is a modern immersion in a rich, fascinating culture. 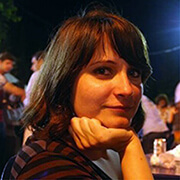 Emily Awad, the festival’s communications director, talked to us about the event and her top picks of things to see and do.

What is the festival’s mission?

The Arab World Festival is dedicated to bringing together and encouraging dialogue among Arabic, western and eastern cultures. We want to bring people closer through the arts. For the 16th year in a row, we are offering Montreal audiences a showcase of the rich artistic culture, both traditional and modern, of the Arab world. Beyond the arts, we also present guest lectures and discussion panels on social and cultural issues.

What’s on the program?

The main focus is on the performing arts: theatre, dance, comedy, storytelling. There are also many concerts, from traditional music to hip-hop, opera and electronica. Our goal is to present an eclectic program. Through our Culture Forum we present round tables and debates on current social issues, such as Sufis (November 2, 6 p.m., Place des Arts), comedy, caricature, war and exile. There are also several free shows at venues such as Place des Arts and L’Escalier, to give people a sampling of the broader program.

Where are the festival’s artists from?

They come from all over. We have artists from the Arab World, Europe, the United States and Canada, whether with Arab roots or influenced by Arab culture. There are old-stock Quebecers who are interested in the Arab world. We have noticed many crossovers between different genres. For example, OktoEcho is a band whose members are from Quebec, and they play music inspired by Middle Eastern sounds. It’s a beautiful combination.

Who are the shows intended for? Is there a language barrier?

Since the very beginning, in 2000, the festival has strived to present shows for all audiences. There are a few shows in Arabic, but they have French subtitles. Otherwise everything including the lectures is in French. For the first time this year, we’re presenting an Algerian comic, Abdelkader Secteur, whose act is largely in Arabic; his comedy is aimed mainly at Algerian and Moroccan audiences. Otherwise, the shows are accessible to everyone who understands French. 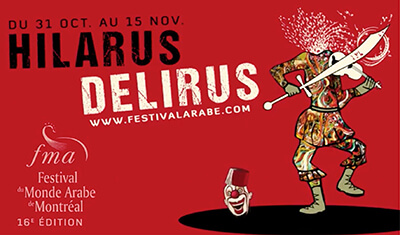 The festival’s poster has stirred up some controversy. Tell us more about this year’s theme, Hilarus Delirus…

We can’t hide from what’s going on in the Arab world and elsewhere. The theme underlines the belief that the world has gone mad, that’s it’s in a state of delirium. We didn’t choose the image to manufacture a controversy, but to provoke thought. The harlequin on the poster is mocking violence. It’s a caricature, and a way to denounce violence. To fight against the world’s delirium, we celebrate the arts in all their delirious and hilarious forms!

A mash-up of Arabic-inflected hip-hop and circus, this free show is a great preview of the festival, which opens the following day.

Two musicians play music that plays off the cello and the kamancheh, an Iranian stringed instrument. It’s a wonderful, inspiring concert for anyone interested in hearing new sounds.

This benefit concert for Syrian and Iraqi children is both an auditory and a visual experience, featuring hip-hop star Narcy, whose rhymes will be back by an orchestra and accompanied by video projections.