Classical music for all! 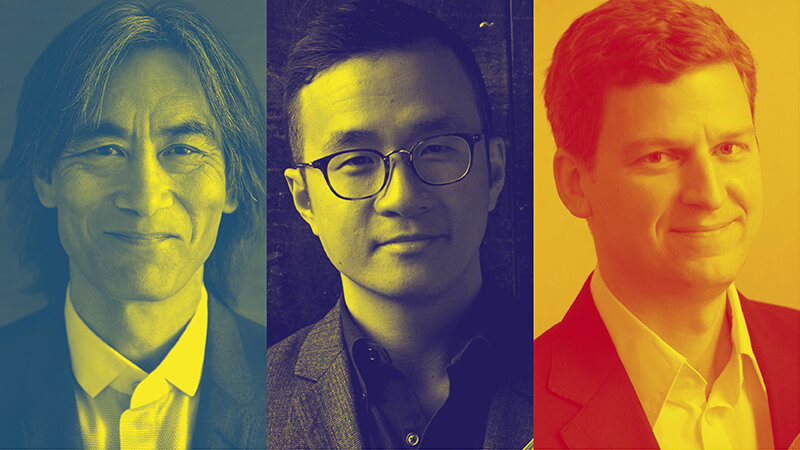 For the fourth year in a row, the Orchestre Symphonique de Montréal presents the OSM Classical Spree, a festival that makes classical music more accessible than ever. In all, the event includes 30 concerts lasting 45 minutes each, with tickets costing as little as $10. This fun, casual festival is designed to reach the broadest audience possible. Toward that end the program includes free activities aimed at everyone from novices to aficionados.

For two days, Place des Arts will have wall-to-wall classical music, and it’s easy to choose the line-up of events that’s just right for you.

As Marie-Josée Desrochers, the OSM’s Chief Operating Officer, guided us through the program, it became clear that the festival truly is for everyone.

THE CLASSICAL SPREE IS…

The festival is a perfect way for new comers to discover classical music in a casual setting. The program has famous crowd-pleasers like Chopin, Bach and Schubert. At the Maison symphonique, the OSM, conducted by Kent Nagano, will perform two concerts full of moving, accessible melodies: Swan Lake, by Tchaikovsky (August 8, 7:15 p.m.) and The Pines of Rome, a majestic work by Respighi (August 8, 9 p.m.).

Thanks to its line-up of affordable ($10 and up) 45-minute concerts, it’s possible to attend four, five or even six concerts in one day! Audiences can enjoy a wide variety, for example American violinist James Ehnes with the OSM at the Maison symphonique (August 7, 8:30 p.m.) or more intimate concerts, such as OSM violin soloist Andrew Wan’s first public performance of works for viola and piano (August 8, 5:15 p.m., Piano mobile). Small ensembles and recitals are also featured, including a concert by the OSM’s chamber music ensemble playing works by Bach and Haydn, conducted by Kent Nagano (August 8, 11 a.m., Cinquième salle).

…for kids, or anyone with a childlike sense of wonder

The festival is also a great way to introduce young people to classical music. The Carnival of the Animals by Camille Saint-Saëns, performed on the organ by Jean-Willy Kunz (August 8, 10:30 a.m., Maison symphonique) is presented especially for them, as is the concert by the Quasar Saxophone Quartet, From Bach to Zappa (August 8, 1 p.m., Piano mobile). Afterwards, families can head over to the face painting, reading and instrument making areas for some more fun.

The Classical Spree has some unique and surprising concerts. For example, jazz legend Oliver Jones (August 8, 5:30 p.m., Maison symphonique) has selected a program of classical pieces that he will play in his inimitable style. Meanwhile, the Organ and Film concert (August 8, 2 p.m., Maison symphonique) will feature organist Philippe Bélanger improvising to the silent film Sherlock Jr. by Buster Keaton.

…for the curious and anyone with eclectic tastes

With the Classical Spree, audiences can get close to the action and even meet and talk with the artists. In the ARTV studio, the public is welcome to sit in as Marie-Christine Trottier and Katerine Verebely of ICI musique interview artists like soprano Marie-Ève Munger, Oliver Jones, OSM bassoonist Stéphane Lévesque and conductor Kent Nagano (August 8, starting at 12:15 p.m.). Inquisitive souls and amateur pianists can test the pianos in the Yamaha Studio, or try their hand at being a conductor during the Conducting 101 activity led by OSM assistant conductor Dina Gilbert (August 7, 6:45 p.m., 11:30 a.m. and 7:30 p.m., SiriusXM main stage). And, in the Place des Festivals from August 6 to 10, visitors can put themselves in Kent Nagano’s shoes with the Maëstro installation, which allows anyone to control the fountain spouts using a baton fitted with sensors, accompanied by well-known classical melodies.