9 reasons to jazz up your summer 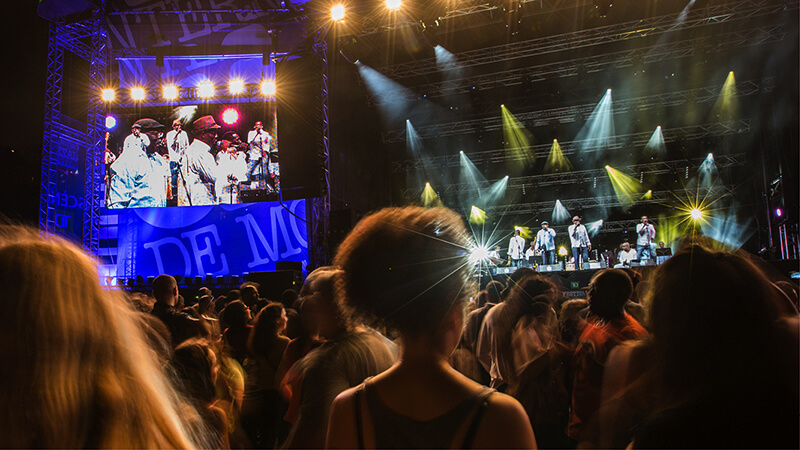 With more than 600 concerts, about two-thirds of them free, it goes without saying that the Festival international de jazz de Montréal has a line-up that runs the gamut, from old-school jazz masters to pop and world-music artists on the fringes of the genre.

Are you into jazz singers or is the big band sound your thing? Want to discover what’s new, or hear the legends play live? The festival’s vice-president of programming, Laurent Saulnier, talked to us about nine essential shows for different tastes.

“Those of us who are familiar with Florence K admire her talent as a singer and player of pop, Latin jazz and world music. Now it’s time to rediscover this relatively unknown artist’s excellence as a jazz musician and vocal artist. I think she’s underrated.”

“If you don’t know her yet, it’s time to discover this adoptive Montrealer. She has a terrific voice that many people compare to Joni Mitchell’s. We welcomed her for the first time last year, when she was just starting to perform her melodic jazz-folk. This year, she’s already one of the festival’s essential artists.”

“This sax player is a capital-M Master. He’s one of the last highly influential artists of his generation who’s still touring, and that makes this is a not-to-be-missed opportunity! Wayne Shorter is one of the oldest artists at this year’s festival, and his opening act is one of the youngest.

Joey Alexander is just 12, but he is already an incredible piano player who is rightly described as a virtuoso. He has a strong feel and understanding for the music he plays. He is a true artist, not a flash-in-the-pan prodigy.”

“These two Mexican artists take the acoustic guitar to entirely new places. What makes the duo unique is their unlikely marriage of flamenco and rock, which they play with heavy metal energy! You have to see them at least once in your life.”

Battle of the Bands

“The seventh edition of this competition has a special feature this year. For the first time, the bands founded by the Dorsey brothers, which became rivals after a dispute in 1935, will play on the same stage. It’s a historic encounter. Who will win?”

“Vic Vogel has performed at the festival every year except one. Now 80, he’s giving a farewell show with plenty of special guests. The man is a force of nature, and the festival owes him a lot.”

“This Norwegian band is a precursor of the Scandinavian nu-jazz movement, and they do everything their own way. It’s fan-tas-tic! The 12-piece band plays an extremely intense instrumental electro-jazz show.”

“A favourite of the festival team. We have welcomed them several times, but never for a free outdoor show of this scale. This concert will let you see – and hear – the Barr Brothers as never before. There are several surprises in store but I’m not giving away any secrets!”

The Grand Blues Evening in Memory of B.B. King

“The passing of B.B. King in May was a sombre note for the 36th edition of the festival, which is dedicated to the guitar great. To pay tribute, we decided to put together an evening in his honour. The big closing concert, in the Place des Festivals, will salute the blues giant, who performed in Montreal several times. We asked harmonica player Guy Bélanger to serve as artistic director for the show, and he has assembled an excellent line-up of blues musicians. B.B. King was one of the festival’s 24 Legends and he made his mark on our history, so this is going to be a very special event.”