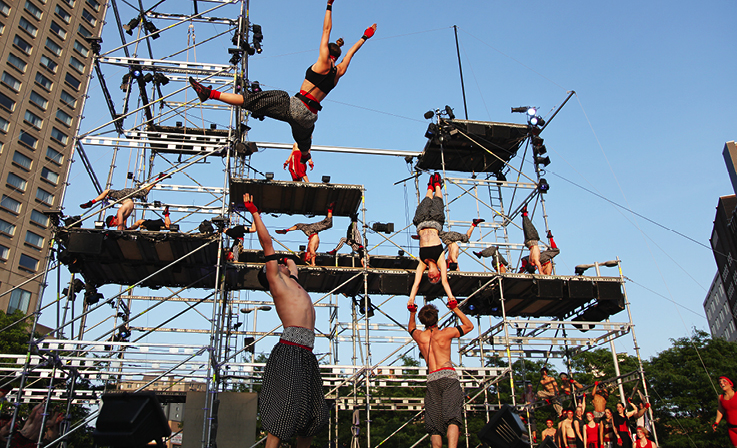 For a fifth year, acrobats, clowns and other circus performers will take over the city with the Montréal complètement cirque festival. The Quartier des Spectacles, especially Place Émilie-Gamelin and the Quartier Latin, is one of the festival’s hubs. We spoke with festival director Nadine Marchand, who shared her eight top reasons to come out and enjoy the magic of Montréal complètement cirque. 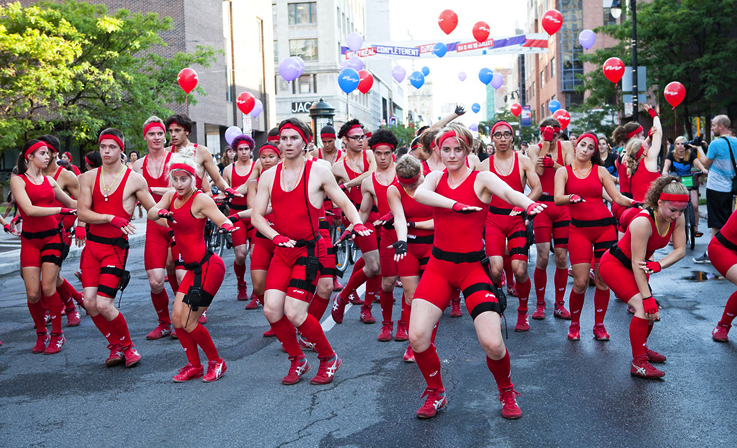 1. The circus comes to town

“For our fifth anniversary, we decided to open the festival with a parade. The whole circus family, including members of several different companies, will march down Saint-Denis to Place Émilie-Gamelin, where we will celebrate the festival’s first five years.” 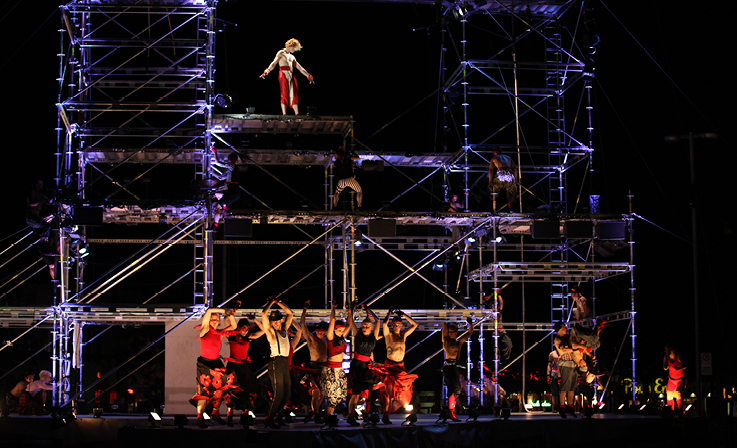 “Babel was one of the big hits of 2013, so this year we’re bringing the show back in a radically different form, as Babel_remix. The immense scaffold has been modified and the production numbers and staging are all different, but still inspired by the legend of the Tower of Babel. There are even more thrills this time around!” 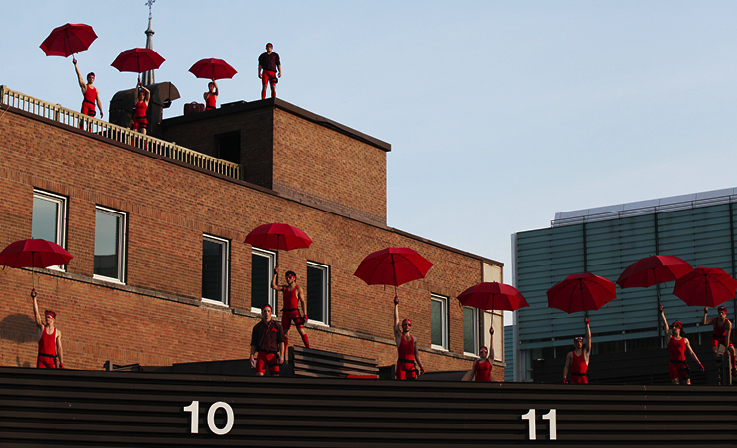 “This year, our circus minutes will go higher and farther, with a combination of circus and music. Every evening, 40 acrobats accompanied by musicians will perform a mini-show for an audience in the street. The artists then lead spectators to Place Émilie-Gamelin in time for the start of Babel_remix.” 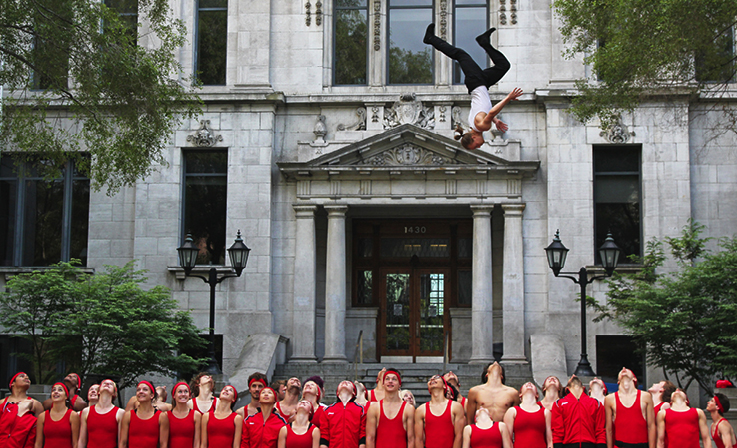 “For one night only, festivalgoers can enjoy an open-air screening of Parade, the 1974 film by director Jacques Tati.”

“Led by experienced spotters, these participatory workshops will teach members of the public the basics of acrobatics. Kids and adults will get a chance to try out the trapeze, trampoline and tightrope.” 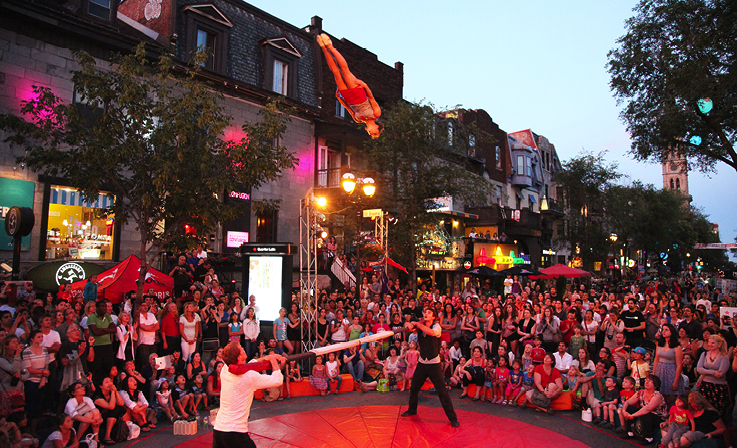 6. A circus adventure on Saint-Denis

“For two days, Saint-Denis will become a huge open-air circus ring, with breathtaking acts. There will also be a DJ to set the mood.” 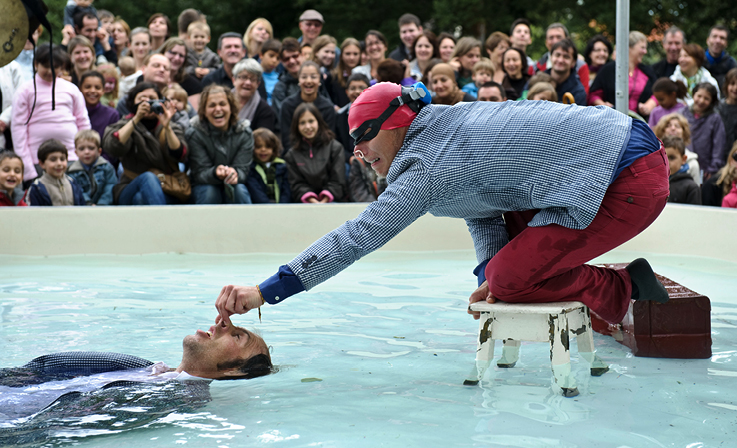 “This delightful show by the Barolosolo circus company, from France, is perfect for the whole family. Two musical clowns tease each other around a large pool. One is in the water, and the other refuses to get wet.” 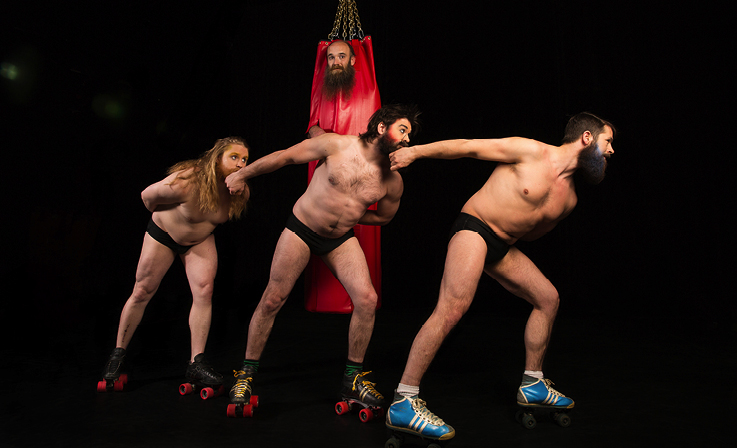 “We presented Timber by Cirque Alfonse three years ago. It was a big hit, and it’s still touring the world. Their new show, Barbu, is inspired by old-time carnivals. It features strong men, roller-skating and even a human punching bag. It’s hilarious and completely off the wall!”